Content warning: what follows discusses suicide in a frank and open and honest fashion. It may well be upsetting. Hell, I think it probably SHOULD upset you. Please be pre-warned about that before you read on.

Chris Cornell, vocalist, songwriter and musician involved with a handful of the best bands on earth, committed suicide on 17th May 2017. He was 52. It was just over two months until his 53rd birthday, which would have fallen on 20th July 2017.

Chester Bennington, vocalist, songwriter and musician primarily involved with Linkin Park but who temporarily fronted the Stone Temple Pilots, committed suicide on 20th July 2017. He was 41, and he and Chris Cornell were close friends.

In the 65 days between the two tragically linked deaths, approximately 195,000 people committed suicide - damn near two hundred thousand - and perhaps three and a half million attempted it. I'm not trying to denigrate anyone, nor am I trying to make a point about celebrity and attention. I'm merely stating a fact - or a figure. A truly devastating figure.

These figures aren't precise, obviously, but the World Health Organisation predicts that they are conservative statistics. The rate is increasing yearly.

Yes. Enough people do it that it is considered a rate.

I wrote a blog in April last year about my own experience on the topic. tl;dr - I almost became one of those 3,000 people a day that take their own lives, a long time ago, in a different place.

Nobody wants to see suicide figures that high. It's a deeply upsetting thing. Whatever the reasons, we are left hurting inside, knowing that there's more than one person per minute who is so distraught and depressed that, for whatever reason, they decide to end their own existence.

I'm not going to talk about why Cornell or Bennington did what they did. Their reasons are their own. I know why I attempted. I know why I didn't go through with it. There might be similarities, there might not be. None of us are wearing each other's shoes, even if we're all wearing the same brand. Another way I have described it is as each of us having to sink or swim, even if we're in the same sea.

It is when someone like Chris, or Chester, or Robin Williams or Chris Benoit or Marilyn Monroe, takes their own lives - or someone that we know, even vaguely, a friend of a friend - that we ask why, and we ask what we can do to help stop it happening again.

Here's the thing. Speaking from my own personal experience? The way to stop it happening has to begin a long, long time before anyone is even in a bad enough mental place to consider it for more than half a second.

The world is a cold, hard and uncaring place with islands and pools of warmth and light in it. It's a forbidding desert by default, and the oases are irregularities. Human beings are imperfect and insecure by design. For the longest time, that insecurity and imperfection has been treated in the worst way possible: by denying its own existence and chastising those that address it or try and stop it. We build a fence around the hole in who we are and we yell at people to not come any closer, especially if they want to fix it, or help us in not falling into it. It's what we as a people have done for thousands of years.

Society isn't run for the benefit of the people who live in it. It's all trickle-up, and it has been built and reinforced for that precise purpose, like a continental pyramid scheme. Realising that, seeing it in action, is a very sobering thing - and worse, such a societal structure has no place for people like me, or people like the friends I've had that have gone the same route and not lived to tell the tale. We're not productive machines. We're "faulty".

Nobody wants to talk about it until it hurts them and then we don't have the language because we spend the rest of our lives not talking about it.

You can't identify or isolate why it happens. You can't put on magic glasses and spot everyone who is going to swim in that cold sea. You can't apply a litmus test and assign them counselling if the paper turns green. It doesn't work that way, because at some point in their lives - in everyone's lives - there will be a moment when the paper turns green, or close to it. Everyone has at least one single moment, where they plunge into the water, and they need to swim - but we never talk about learning how to swim. We just mourn everyone that doesn't make it back to the shore.

You stop it by making the world better.

Suicide nets and hotlines are treatments of secondary symptoms. If we really want to get the world into a place wherein more than a minute goes by between each suicide - and I am talking about almost halving the suicide rate, just to get to the point where there's only sixty an hour, down to sixty an hour - you treat the cause. You stop life being hopeless and hollow and cold. You do everything you can to pour light and laughter into the world, and you do everything you can to put up walls against the cold ocean. You reduce poverty. You increase support, physical and mental. You listen and you talk quietly but honestly. You learn empathy and sympathy. You hold hands. You help.

So when the moment comes that we hit the water, and the cold rushes over us - we look back at the shore, and we want it so badly that we swim for it. We want our place in it, not because we're meant to, but because there IS a place for us.

So let's make a fucking place.

Because out of all the things that could have driven me to tears this week, I didn't want it to be knowing that almost six thousand people would have tried to take their own lives as I wrote this blog, and that almost three hundred of them had succeeded.

Listen, speak, care, change the world. It's all we can do. Maybe it's all we were ever meant to do. Maybe if we want purpose, that's the purpose - to make a world fit for purpose, not for profit, not for power, but for just wanting to live in it one more day than we did yesterday.


Written in memory of Chris, Chester, and the two hundred thousand. 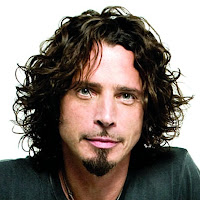