The Bays And The Bumblebees

So my continuous derision for the Bayformers movies (I will not call them Transformers, no no no) is probably well-known to any regular reader of this blog, and so I find myself surprised to write this particular piece.

The Bumblebee movie - which should be out reasonably soon - looks like it will actually be... good.

Now I don't want to blame Michael Bay for everything that is wrong with the previous five movies in this franchise. I doubt he is personally responsible for literally every sin - the shitty design, the awful cinematography and choreography, the execrable writing, the brutal mutilation of characters to fit into the role required for the lamentable plot... but he got to sit on the throne made out of the bodies, too.

So his not being involved is a miracle to me, because... well, maybe some of the staples of his movies will be removed. Like his weird attitude toward women, or his inability to tell if the thing that is happening on the screen is racist (or his inability to care).

It also seems to seriously cut down on the weird bug-like design of the bots, even going so far as to having several shots from Cybertron in which everyone looks like they're actually meant to. Like you see Optimus Prime and he's not this fuck: 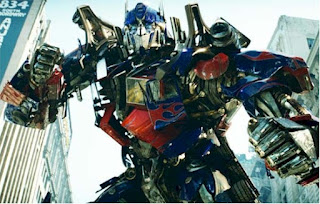 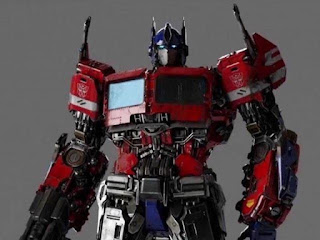 Now which one of those looks like Optimus Prime?

Yeah. That's what I thought.

See, Bee has gone up a lot in my estimation since the old G1 days. He's undergone a lot of character changes. Been through a lot. His incarnation in the Bayformers movies has pretty much made him out to be some wildly violent super-soldier who is made to not realise he is so deadly for apparent plot reasons.

Also we appear to get Decepticons with personality this time. They actually seem to talk. They turn up on Earth with the intention to, ahem, deceive the local population. To help them track down Bumblebee. Which is genius. And exactly the kind of things smart bad guys would do. Right?

I am so very, very dubious. But I have so, so much hope.

Sorry for the short blog. Normal service will be resumed when I can, you know. Walk.