So in case you missed it - relatively recently, Gillette released an advert which somewhat goes against their previous formula.

The theme of the ad is pretty simple, when it comes down to it. It takes a look at shitty behaviour which society has normalised, and says, hey, people are doing this - maybe we shouldn't do this. I've tapped up a summary of that behaviour below. 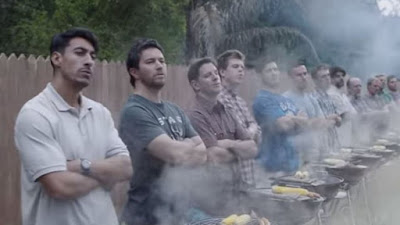 It seems like a pretty solid list. On your first day at a new job, meeting new people, going to dinner with a group of friends, like - that's not a bad list things to NOT do. If we're going to the pub and any of those things are on your list of things to do, then I kind of don't want to hang out with you.

There wouldn't be a blog about this if there wasn't controversy, of course - because the group called upon to not do these aforementioned things, statistically speaking the group far more likely to do any of these things, is men.

I think the actual objection is probably based around something other than the extant content of the advert. I daresay it probably didn't actually gain a lot of negative attention - for THIS reason anyway, trust me, I'm going to go into a little more of the corporate background of this in a minute - until people like THIS goon 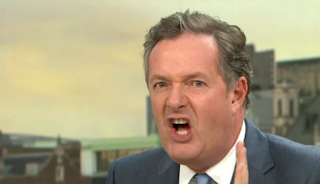 got their hands on it and decided it was anti-men.

Now I'm not sure what Piers Morgan has going on in his past. Or any of the... dozens of men on YouTube who had to record twenty-minute videos about "ANTI-MAN GILLETTE AD IS TOTAL FAIL !!!!!". I'm just going to speak from experience when I say:

Like I have no problem in recognising that all the behaviours that ad calls out are shitty behaviours. I don't feel personally called out when someone says "kids beating up other kids is bad" or "maybe we shouldn't catcall women in the street" or "I defended someone from having the shit kicked out of them by a mob".

Is that how people like Piers Morgan want masculinity to be defined? By the right to be violent and sexist and generally shit, and never be called out for it?

Actually I rather think that Piers Morgan doesn't feel that way at all, but I think he wants to appeal to a specific demographic. He wants to appeal to a slice of society that isn't happy, and can't quite work out why, and so it needs something to complain about. It needs to grumble. It's already had significant advantage throughout its life, but that hasn't led to total success or satisfaction. He wants the ear of those who grumble about things being too politically correct, who want things to be the way they were back in the day, when Roy Chubby Brown was considered funny and women "knew their place". The "It Never Did Me Any Harm" brigade, who would desperately benefit from some therapy to try and undo the harm that it really, actually, did do them.

Is it better or worse that he is using this whole thing as a marketing exercise? Honestly, kind of worse, I think. Anyway, I digress.

If you really, really want to die on that hill - that being a man involves being allowed to treat people like that, like that is the only way men should act and that being called out for it is a bad thing - then be our guest. Be as loud about it as you want. Please. 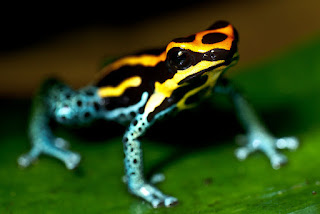 Let us know, that that is who you are, so the rest of the world can get on without you.

It can take some time to realise that masculinity doesn't have to be toxic. It can take a lot of work to uncouple the whole alpha-dude-me-tarzan thought process. Especially if you have been a victim of it previously, and are now repeating it because it's the way you think you get the power back.

I mean... it seems like, if you don't want to challenge that behaviour, then you've watched Battle Royale as a how-to guide, rather than a dystopian action movie. 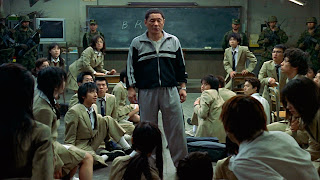 Empathy is not a weakness, no matter what the world and the old way of doing things tells you. Thinking about how your actions affect other people is not a weakness. Being considerate is not a weakness. It's the only way we are getting out of this alive as a collective people, and if you are threatened by the notion of people caring about each other, that probably says a lot more about you than you'd like.

With all that said, however.

Companies are going to increasingly do this - they're going to latch onto causes that other people campaign for, try and align themselves with the right thing to do. You'll see examples of it all over the place. The fact is that they can market themselves as being "nice" or "woke" or "socially conscious" or "not evil or greedy" all they want. None of it is true. You need to judge the companies based on how they act - and as the system that props them up doesn't reward kindness or solid morals, well... guess how that works out.

To point the finger at Gillette directly, of course - they're a razor company. They benefit from insecurity, leverage it, make it manifest if possible. Like any product in the grooming sector, the fashion sector, every sector that revolves around image. That attitude that women should always shave their legs and have no body hair that isn't pleasing to their husband/significant other? Thank razor companies for that. Literally. Gillette is just hoping that you'll forget the sexist and generally trash shit it has done in the past, in the light of its new "woke" image. Oh god, how I hate that term.

Companies like Gillette are in bed with media that tells you that you aren't good enough. You'll find adverts for razors and grooming products everywhere, but especially in magazines that tell you how important it is to lose ten pounds, to do this, to wear that. This is no accident.

And for all the negative attention that companies may get from aligning themselves with, well, not being assholes - from assholes - it will still get their name out there. The controversy is free advertising. Every video that talks about how someone is burning their Nike socks because they sponsor the kneely football man is more advertising.

So really the message we should take from this whole thing is to be nicer to each other, to not stand by idly when people are assholes, and to not trust companies at all.

If you'd care to share my blog with your friends, I'd appreciate that! If you'd like to thank me in a fiscal form for entertaining you a little bit, I do have a Patreon right here, but please - no pressure. Thank you for reading, and check my social media to the right to keep in touch.
Posted by John Aridi at 16:23