A Battle Most Royale

Society is a funny old thing.

It takes concepts, see - and it chews them up and it spins them around, and it mixes them, and remixes them, and spits them back out. It takes things and puts those things through various processes, until such a time as it can do something with it. Some parts of society take things from other parts. If you want a great example of this, listen to some blues, then listen to Elvis. Some things get appropriated, and some of those things get appropriated across cultures. (That's a different blog.)

Sometimes, shit gets turned around in such an awful way, that a thing created for a specific purpose leads to the total antithesis of that purpose.

1999, and Koushun Takami's first and only novel - penned after leaving his journalism job three years earlier - reaches the shelves. That novel is named Battle Royale. 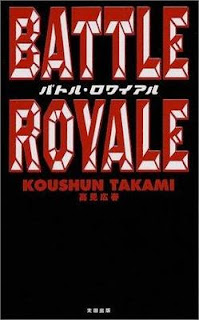 Yes, that Battle Royale. The best-seller, that got turned into a Manga by Takami himself, that was then adapted into a movie in 2000, which also spawned a sequel in 2003.

A lot of folks will be aware of the story already. It is set in a dystopian alternate-history Japan, which won the second world war and became a brutal fascist dictatorship. The military runs a program wherein fifty students a year are kidnapped, dropped onto an island, and forced to fight - to kill each other until only one remains.

The reasons why? Well, that's what the novel is really about. You see - what Battle Experiment Number 68 is allegedly meant to do, is to act as an exercise to help the military and government understand survival training. What it is really for, is to highlight just how easy it is for the government to order people's deaths in cruel and unusual ways. It is a stark symbol of just how cruel such an organisation can be. Not just executing 49 teenagers a year - no, actually making teenagers that know each other execute each other. Horrible, when you think about it.

I think it is probable that Takami wanted this to be a warning. As much as it was an exploration of the psychology of people forced into an awful situation, it was also an indictment of the treatment of individuals under a fascist regime. The actual personal cost of measures and actions put in place to have wider repercussions. What brutality comes to mean, to those underneath its boot.

(Fun fact: the historical context of the phrase Battle Royale is a "battle fit for royalty" - and was usually a grand melee, fought between a large number of combatants, to entertain the powers that be. Take note.)

The next big stop on this road map is pretty obvious. 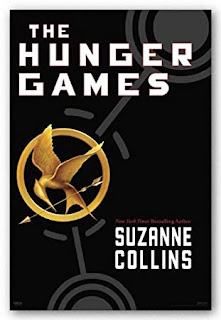 The Hunger Games was released in 2008, with sequels Catching Fire and Mockingbird following in 2009 and 2010 - each of which were made into movies in 2012, 2013, 2014 and 2015 respectively. Author Suzanne Collins claims that she hadn't even heard of Battle Royale until after the book had gone to print, a claim that I am inclined to believe.

The setting is a science fiction dystopia named Panem, divided into thirteen districts that surround a central capitol. Each district (aside from the thirteenth for plot reasons) has two "tributes" picked as representatives - initially by lottery but anyone can volunteer - to compete in a 24-person grand melee, the winner (survivor) of which wins extra rations for their impoverished district.

Again, it is as much as demonstration of the capitol's power and callousness - and control over their citizenry - as it is a practical contest. It is a reminder of what can happen to the citizens of the districts if they were to ever rebel against the government - the games themselves were started after a rebellion that occurred 75 years before the events of the book.

(Fun fact: the phrase bread and circuses, to imply a shallow appeasement of the masses through exploitative entertainment, is from the Latin, panem et circenses. Great name for a dictatorship.)

The arc of the two Battle Royale movies isn't dissimilar to the Hunger Games story, in terms of the means by which the governments control their citizens forming the crucible in which the rebellion is forged. As much a warning to the dictators as to those dictated to. From the beginning, we are shown - this is not okay, this is how a society abuses you, and something that must be fought against. And at the end, we are shown - you will reap what you sow.

With its popularity - among a specific age bracket - it would only be a matter of time before the thematic of the Hunger Games would find itself represented in video game format. Sure enough, it happened. 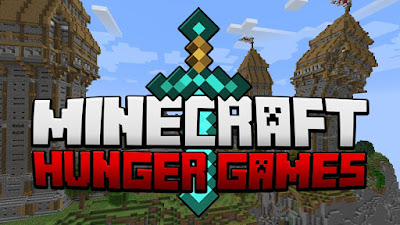 The Minecraft Hunger Games servers first started up halfway through 2012. Minecraft being the runaway success of the decade, the Hunger Games mod attracted a significant player base - especially after several youtubers took up playing it.

In a game like Minecraft, there is no notion of realism. There's little to no backstory to the situation; there's no history of oppression, no knowledge that this isn't normal, and no true stakes for failure. The people you are killing and out-scavenging are still going to be your friends and colleagues later, probably.

So the warnings that ride with Battle Royale and Hunger Games just don't occur.

Which is why the game format - a grand melee with only one winner - appeals a lot... as several game releases over the following seven years demonstrate.

Minecraft Hunger Games was a modification of an existing game, as were the Battle Royale mods for Arma II and Arma III. More youtube activity, of course - Arma (severely propped up by DayZ) drew in a significant audience for just how wide and broad its gameplay could be. The player models were more realistic, of course - but then, it was still divided from the original concept by the lack of external context.

So the entire notion of battle royale gameplay was firmly cemented before the first dedicated game on the topic was released. 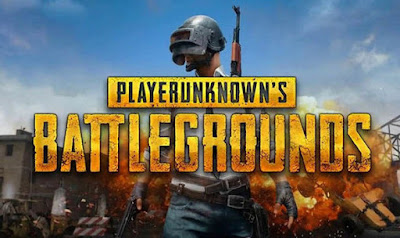 It plays a lot like Arma. Sure. It looks super generic. Sure. That's the point. It was coded by the same PlayerUnknown that made the Arma II Battle Royale mod. It was meant to capitalise on the demand for the gametype. X players drop in, kill X-1 of their competitors, and then achieve a winner winner chicken dinner or whatever it was. Teamwork became a big thing, too - pairs or fours.

It is a style of gameplay that appeals, of course. One can technically do very well without having to be exceptionally skilled. As long as you aren't one of the first however many to die, all you need do is land one of the last few kills, and you can be a winner - and winning against odds like that (or perceived odds like that) can be a huge motivator to try again.

The thing was, that when you have played through it about... a dozen times? That generic graphical outlay can be a real killer. When you see how other games in 2017 were released that actually looked great, and distinctive, and stood out from their peers - it couldn't compete.

Not when this showed up, anyway. 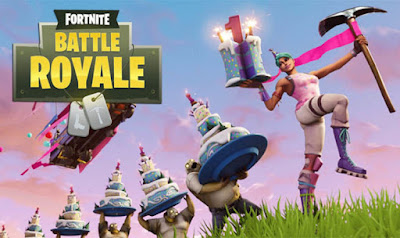 Yeah you knew it was coming, suck it up.

A game mode cobbled up and bolted onto an already existing game idea, one could easily call Fortnite's Battle Royale mode as a cheap cash-in. One would have to understand that basically every response to market demand is the same thing, so - you know, just another sin of Capitalism.

Very few people with access to the internet, or any media at all, are unaware of Fortnite - and almost always, they are aware of the Battle Royale mode. Free to play, if treated right and marketed well, can draw in a significant player base - and Fortnite succeeded by becoming meme-bait.

The graphical style is so different from PUBG, so outstanding and cartoonish, almost looking like original World of Warcraft in its proportions. The construction mechanic adds another layer, too; though perhaps the existence of vehicles in PUBG could have proven to be a competitive factor, that has since been countered by Fortnite's own addons and expansion material.

It once more drags the game away from the realistic, away from the dystopian stakes of its fictional forebears. It is a zany environment in which one is literally dropped out of the back of a bus into the battleground.

It saw a lot of derision from "serious" gamers, though. (How I hate typing that out, but it's true. That is how they see themselves.) Because kids enjoyed it, and because it was free to play, and you aren't a SRS GMR if you don't pay a shit ton of money for a game and it doesn't look super serious. So what would follow that kind of attitude? 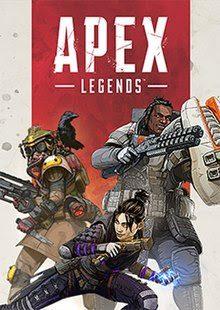 Here we go, this is more my speed.

Apex Legends is much the same as the others, except for several key differences. One is that the players have several choices of character, each with their own special abilities and fantastic designs, much like Overwatch or similar games. It doesn't totally change playstyle, but slightly. Also - you are locked into three-person teams. The map size, compared to the other games previously featured, appears to be immense.

Thematically, there are differences too. Apex Legends is set up as a literal arena sport. No being forced, no threat of consequences. Those who participate are hoping to be - as the title implies - the apex of their art, the legends of their world.

This one is my personal favourite out of any of the other previously-listed games, it bears mention. It is probably obvious. I just love the individual character and weapon design, and its imagining as a professional tournament sport. Also, the technological aspect appeals - if someone dies then they can be reconstituted and brought back by in-game mechanic, rather than just being totally out of the game.

This brings us up to the present...and the original point of this blog.

We started with Battle Royale, 20 years ago - telling us that this is an awful thing to do to people, that they are victims of an abusive fascist state and this should never be allowed to happen in reality.

The full article is here. You can find another take on it here, and here.

I don't think I need to go into it any further than that, do I?

Fuck the human race, I want off this ride.

If you'd care to share my blog with your friends, I'd appreciate that! If you'd like to thank me in a fiscal form for entertaining you a little bit, I do have a Patreon right here, but please - no pressure. Thank you for reading, and check my social media to the right to keep in touch.
Posted by John Aridi at 21:35