I was watching The Girl With All The Gifts on Halloween with my gaming group, in the mid-section of an all-day RPG session I was running.

I hadn't seen it before, which is kind of criminal, because I knew it was a great movie; just because of the kind of people I knew who had said so, the critical reception it got. the general buzz surrounding it. I knew a little of the plot, but not very much, so went into it pretty blind.

It got me into thinking, a thought that has persisted as I have laid out the first 10% of this year's National Novel Writing Month project.

I like movies and stories that don't need to hold your hand.

It has to be a careful balance, though. You have to give the viewer or the reader just enough information to keep them invested, just a little more than that so they aren't totally confused, but not so much that you are explaining the entire plot wholesale.

This is just one axis, though. The other is the story's complexity - the more complex, the more hand-holding is needed to keep the viewer on track, or you run the risk of the viewer just being hopelessly lost.

I mean, you know what I am talking about if you've seen Mulholland Drive. 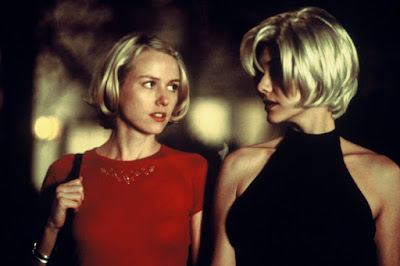 This can cause problems in adaptations, certainly. You are trying to convey a lot more information in a lot shorter time than a book can, and sometimes that book was a little light on necessary hand-holding in the first place. If it's the kind of tome that just lobs you into a complex fantasy world with its own glossary of terms and never works to lighten the load of trying to work out what they all mean while still keeping up with the narrative, then the film-maker is going to want to try and soften that blow.

Hands up if you have read the first Dune book and seen the original Dune movie?

Yeah, those bits of voice-over that basically explain half the plot? They weren't going to be in it originally, but had to be added afterwards because focus audiences that hadn't read the book had no clue what was happening.

I mean, even if you have read the book, you will be forgiven for being a little clueless. It's not a forgiving or easily-accessible story by many measures. 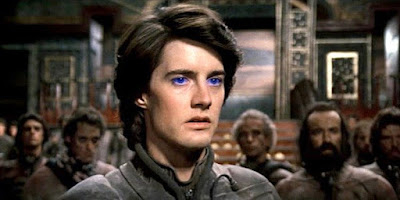 In order to highlight the difference between the two approaches, think back - when you first watched Blade Runner, did it have the Harrison Ford voice-over explaining the plot every ten minutes, or was it without?

First time for me had the voice-over. Which as I was a kid was kind of useful, but by the time I'd reached any kind of adulthood, was basically unnecessary. A significant part of the plot is you doing the legwork inside your head, and also the moralistic legwork. You shouldn't need to be told what to feel or what to think.

Something about show, don't tell? 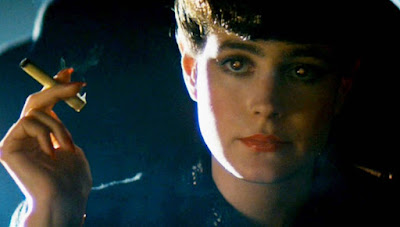 I try and apply that to my writing - and then it becomes clear just how hard it can be to walk that line.

When I write science fiction I like dropping in terms that aren't overtly explained, and trying to convey what they mean by narrative context. The problem is that I know what they mean already. I know the context. It can be difficult to actually step outside of that knowledge and impartially look at the words you have put down, and ascertain what they are actually saying rather than what you think they are saying.

This is a greater problem, of course - it isn't limited to science fiction or fantasy writing, nor is it limited to writing at all. People do this a lot; they say words, construct a sentence and think that it has conveyed what they assumed it would convey in their heads. Then they end up all sorts of confused when the person they are talking to has apparently not quite got the message.

It's why I am often keen to have people read the work. Someone not in my brain can more easily tell me if I've gone down an assumption-hole.

I don't want to have to release a director's cut later that fixes the narrative issues. If you'd care to share my blog with your friends, I'd appreciate that! If you'd like to thank me in a fiscal form for entertaining you a little bit, I do have a Patreon right here, but please - no pressure. Thank you for reading, and check my social media to the right to keep in touch.
Posted by John Aridi at 14:50