So I found it difficult to pick an individual topic - so instead I am going to go through several smug statements that I have seen or heard people use, and... well, gently rebut them.

This is mostly to clear noise from my brain on various topics, but if anyone else might derive joy or use from it, well, that's a bonus.

Don't try to play this as a drinking game though; you'll just get sad that you've heard so many of these sayings banded about.

To illustrate why cloth can stop one but not the other... 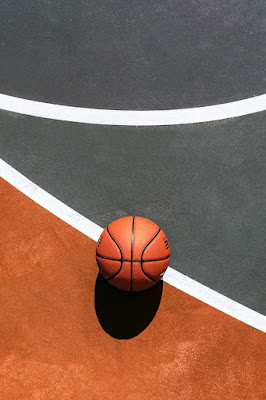 If we imagine that this basketball is the same size as methane, then comparatively, COVID-19 is the size of St Paul's Cathedral.

This probably began as a warning about looking after your own finances before you bail out anyone else. 1 Timothy in the Bible actually addresses this, chapter 5, verse 8:

"But if any provide not for his owne, & specially for those of his owne house, hee hath denied the faith, and is worse then an infidel."

And in terms of personal finances, this is great. This is key. If you aren't fiscally stable, and you risk that stability further by giving to other people, you reduce your capability to do more good in the long run for yourself and others.

However, national economies do not work like personal finances, which is something I will touch upon later - and I only ever see this phrase rolled out when someone speaks about providing charitable aid to other nations that are significantly worse off than we are.

A lot of those nations are worse off specifically because of their past... let's call them... interactions with nations such as ours or those like ours. Our nations, which are correspondingly more historically wealthy because of those interactions, are filled with people that say that charity begins at home.

This is a short format, so going into things like the East India Trading Company and the Belgian Congo would take up too much space - but if you fancy a little eye-opener on the topic, have a google.

"Cancel culture has gone too far."

Almost everyone has participated in cancel culture at one point or other, it just wasn't called that.

Why do you go to eat at one place instead of the one down the road? Why do you use one brand of toothpaste rather than another? Why do you watch one news channel and avoid its competitor?

We make decisions about what products and services to use and consume on a daily basis, and some of our reasoning is conscious, and some of it is subconscious. For example, if you have a four-hob oven, one of them is your favourite, and you probably can't explain why.

For example. This guy. Not actually very funny when it comes down to it. 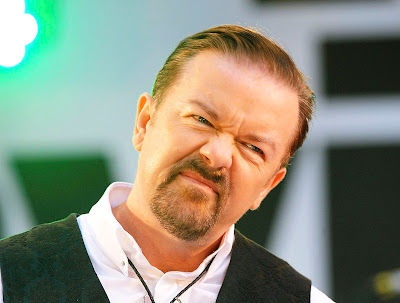 Bam, I am one of those awful cancellers you have heard so much about.

If you don't like a celebrity for whatever reason, and you say so, you are participating. For reasons as diverse as "I didn't like the last movie they were in" or "They aren't actually very funny" or "They have faced serious and credible allegations of assaulting their spouse" or "They're a bit of a lefty who keeps virtue signalling" or "They are a bit creepy" or "They treat my friends as not being actually human" - you say that to someone, that is cancel culture.

But then people wanted to keep liking the people that other people didn't like, so there needed to be a witty phrase to sum up this apparent war - that way it could be tied into "Political Correctness Gone Mad," which I might touch on later. And so, the phrase Cancel Culture became pejorative, just like Social Justice Warrior. Because it was useful to throw around as an accusation or insult, rather than a description of complex human behaviour.

Money is the primary driving force of much of the world, and a lot of us don't have very much of it. Pointing out something that a person or corporation did - like, actually did - and then making a decision on whether or not to support them financially based on that information is okay, frankly.

I think, perhaps, the complaint comes from the fact that some people feel one of two ways: 1) that the entity in question wasn't wrong to do what it did, or 2) that the entity was wrong but they shouldn't suffer any negative repercussions for it.

By that same virtue, you should always buy bad products that don't actually do what they propose to do, because holding the manufacturer accountable for the product being not fit for purpose is Cancel Culture and wrong. Don't like Pot Noodle? Tough, go buy a four pack of Chicken & Mushroom.

That's how you sound.

"If voting changed anything they'd make it illegal."

If voting didn't change anything "They" wouldn't spend literally millions every budget trying to convince you to vote a certain way. Trust me, they'd rather not. They'd rather you didn't vote at all, which is why millions is also spent trying to make voters apathetic and make voting difficult for people. If voting didn't change anything, the US Government wouldn't be closing polling booths in areas that don't classically vote Republican.

That isn't a clever way to say you aren't racist. That's a way to wash your hands of engagement when it comes to racial discrimination that very much exists and is ongoing at this very second. Saying you don't see colour means you don't acknowledge that other people very much do, and those people are often in positions of power over those whose colour they VERY MUCH see.

File this with "We're All One Race, The Human Race" and "All Lives Matter". 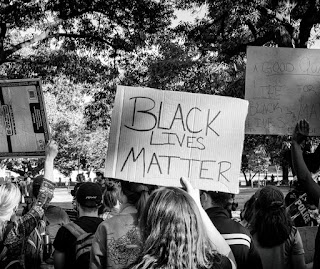 "If you haven't done anything wrong then you have nothing to worry about."

This one I see rolled out to defend overbearing police powers and surveillance. Usually by people who have never been persecuted, or never seen the wrong side of the law. It's actually very easy to break the law, and that's before even thinking about what happens if the laws change once the Omniscient CCTV Network is installed.

Even given that, miscarriages of justice happen literally every day; and abuses of power of every kind are also a daily occurrence. You do not want to hand that kind of power over to a group of people, even if you think you can trust them - because can you trust all of them? All it takes is one bad apple to spoil the bunch, after all; and if 99 out of the 100 people that can observe every moment of your life are trustworth, that means that 1 of them isn't, and has totally unfettered access to you.

You think it's awkward and cringeworthy when that guy that gives you weird vibes is going through your facebook and liking every image of you in a bikini since you joined? Imagine if he works for whoever has access to that information.

Back in YOUR day was probably awful too, even if it wasn't awful for you. Right now you're remembering riding your bike around and having fun and laughing with your friends, not the fact that husbands would beat their wives with total impunity and children with learning difficulties got locked in their rooms and treated like subhumans. Have a word with yourself.

The government, which they will find a lot easier than you think, because - newsflash - national budgets don't operate like personal finances. 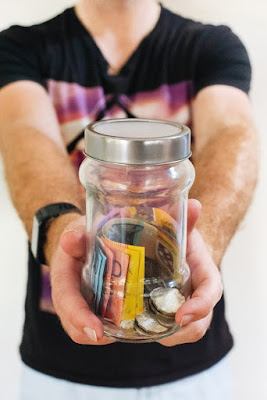 You see, governments operate in deficit almost all the time. The British economy has only emerged from budget deficit for about five years out of the past forty. (It bears mention that the most recent patch of that, 1999-2001, was just after a Labour government took over from a Conservative one.)

If you try doing that, the bank gets really angry at you and men with hobnail boots show up on your door asking about you.

See, the government also controls the creation of new money. It can do this whenever it wants. Governments do it all the time. Constantly. They don't operate to the same budget as you or me - the primary thing that limits the creation of new money is the risk of creating inflation. Of course, that can be pretty damn damaging in and of itself - there's an entire list of places that have been damaged by hyperinflation here, which will also cover the various reasons why it happened.

(It bears mention that one of the key examples in there is Zimbabwe - whose hyperinflation event was caused by the UK ending a series of agreements between Robert Mugabe and Margaret Thatcher to redistribute farmland. This interfered drastically with food prices. What made this worse was multinational companies that Zimbabwe relied on started hoarding their goods beyond the country's borders, which tanked the economy, which lead to the mass printing of currency, so on, so on. Sure, economies can go bad for internal reasons, but to really screw everything up, you need foreign corporations to get involved!)

So. Assuming that your economy isn't actually stalled, or hurtling out of control, or spiralling to the ground like Icarus with a blob of warm waxy feathers on his back, perhaps one can risk some inflation.

Even if they are unwilling to make cuts in places that they could afford to make cuts - yes, Trident, I'm fucking looking at you - the notion of a governmental budget operating like a guy with eat beans in his pocket is just absolutely fallacious.

It's been very convenient for various right-wing and conservative entities to have people think this way, though. Super convenient. It's why people will believe austerity is a necessary evil, rather than an ideological, chosen evil. And it's why I say, the resources always exist - all that is lacking is the will to use them.

"I just wish they'd keep politics out of my [whatever]."

Politics has been in your [whatever] since your [whatever] was first conceived of. You just haven't felt uncomfortable seeing it or thinking about it,  because you weren't disadvantaged by it. Skunk Anansie said it best, so I will let them cover this point for me.

So there we have it. A variety of gentle (some more gentle than others) rebuttals.

I mean, I feel a little better.