That's right, party people - it's Reader's Request again. The blog wherein you tell me what to write about, and I write about it. I love doing these. I love getting into the guts of a topic I hadn't previously considered writing about.

A favourite song title for each letter of the alphabet - Oh christ, this isn't much of an ask. But luckily enough, I do definitely have one. Or twenty-six, specifically.

HAH. Here's a playlist for all of them.

How would you imagine a shrine to an old school deity look like in a far flung futuristic world? - Depends on the deity and the far-flung future I suppose. And also the old-school deity. Let's nail it down a little bit.

Assume a Star Trek style world, very utopian, very nice, very stuff. No scarcity any more. No currency. People don't really get sick unless they are fucking about on a science vessel. So what kind of deity - old-school - gets worshipped here? That's the problem. Deities existed to explain holes in people's understanding or as methods to control people from doing specific things.

So instead we look at a future more like Star Wars - where you still have weird religious and mystical shit going on. People flying around with dark and light wizard powers. Stuff that science can't explain. Economic disparity, somehow. Mostly because of empire and people being shit I suppose. This place seems a lot more likely to worship an old deity. I have a great candidate, but the Jedi won't like it.

A Star Wars temple to Dionysus, I daresay, would be stuck out in the middle of a desert somewhere. The Empire wouldn't like it, the First Order would hate it, the Republic wouldn't approve - but people are down for it. And because Star Wars is a universe in which different species mingle a lot, even if humans get to be the stars because you know movies and such, I daresay a temple of Dionysus would have a lot of different representations of the winey one. Lots of different versions of the same entity, scattered about this big cave, in statues carved out of the rock, surrounded by cushions and empty amphora and bottles.

If not too late: Most iconic Simpsons quotes and why? - Not too late. A selection follow.

"Hello there, my name is Mister Burns. I believe you have a letter for me!"
"Certainly, sir, what's your first name?"
"I don't know."

"I ordered you, I begged you, and god help me, I even tried reasoning with you."

"Max Power! He's the man, the man that you'd love to touch - but you mustn't TOUCH!"

Changing entertainment media's, which do you think is the toughest to adapt. Ex. Anime/ manga to film. - ...see, that is difficult, because I am super biased. I think, though - one of the toughest things to adapt well, is a movie into a TV series.

There's a TV series of Das Boot. I mean. What? Das Boot. One of the most tense, most well-paced movies I have seen in my life. It's a self-contained story about a U-boat crew, that is defined by the literal confines of the vessel they exist within. It's a singularity of place, which means that each individual room matters so much because there just aren't that many. It's why Crimson Tide and bits of The Hunt For Red October are so tight.

And then... and then there's a TV series. About the circumstances surrounding the sailing of U-96, and the Old Man, and some side-plot stuff that TV series always seems to crowbar in around the actual plot because, heaven forfend, the main plot might have enough meat on it to fill up an entire season.

That said I think Anime-To-Film fails because, frankly, the people that want films to be made don't like or watch Anime.

Earliest memory you have :) - Walking or crawling across a room in one of the houses we lived in when I was (obviously) super young. I remember the carpet was this light beige. There was a raised step between the room and the hallway beyond. I was heading toward that step. I don't remember context or anything else.

I think I know which house it was based on process of elimination, but I can't be sure.

Once I have seen two episodes of something, I start getting pissed off with the formula. I start seeing patterns that irk me. Any small thing that bugs me about a single episode gets multiplied if I watch more than, say, two in a row. I find it hard to pay attention and stay invested. Another thing I start noticing is the lack of consistency in terms of the writing - like, if you watch four episodes of Star Trek in a row, half the characters change personalities to fit the plot. Which annoys me, enough that I check out.

I don't know how healthy it is as a hobby, or if it's a good thing for people to do in their daily life - but more and more shows are adapting to the fact that people do this. Mystery Science Theater 3000 actually putting together its most recent six-episode series with the actual intent for it to be binge-watched, for example.

I just dunno, really. I'm a weird one for this.

See, originality is difficult, because - and I know I have talked about this before - while people want original things, people are also scared by original things. It's why most cars on the road look very similar. They all look like a not-quite-4x4 or a Ford Focus. People want a new thing, with a sat nav and electronic lane assist and the ability to stream music wirelessly and painlessly from your phone to your speaker system, but not if it looks slightly weird.

So... Star Trek Discovery is serving up some delicious plot right now, and I hope people are enjoying it - I sure am. The plotlines remind me of old Trek but done properly with modern, capable writing and characters that I actually enjoy. Several bits of it break ground that I haven't really seen broken on TV before. Except... for the really groundbreaking science fiction stuff, you need to go back a few decades... and these days, it is a bit dated.

Originality doesn't always necessarily get rewarded. New stuff gets left in the weeds, and then people come back and look at it in ten years and wonder - why didn't this get a better run? Why wasn't this better supported? And the reason is because people often want the thing they know, the thing they are familiar with. Which isn't necessarily a sin. It just creates a stagnation market, rather than a driving one, and I would like science fiction to be the driving point rather than a trailing edge.

Are you taking a thing that was originally kind of broken and dusty and a bit rubbish, and polishing it, up-rezzing it, making it look like it deserves to be on our brand new 4K TVs and gorgeous sparkling laptops? Are you making Blade Runner look like it deserves a BluRay? Then you should get a remaster.

Are you polishing a thing slightly that has a large fan following, adding in a couple of scenes that maybe don't need to be added in, cramming in some special effects which will be dated before the box reaches the shelves, and then charging us double the original price for this article? Then you should fucking not.

Try buying Evangelion on DVD and see what I mean.

The most beautiful train you've ever seen - The image speaks for itself. 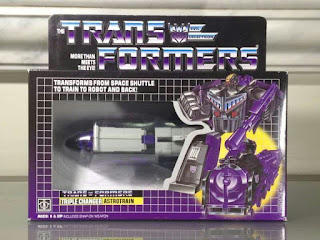 Arguments will be destroyed.

If I won the lottery is always a fun one. - Oh shit.

So it depends how much. Definitely depends how much. But I know that if you win over a certain amount, you get two options - either they manage you, and they help you with the press, or they keep you private and just give you the money. I'd definitely go with the second one.

I would split the money in half immediately, half of it goes into savings, like straight away.

Well, suffice to say, everyone I know with a Kofi account is going to get a big bump, everyone with a GoFundMe or Kickstarter or Patreon, and everyone I know that needs a little extra who has an email address that I can send PayPal to.

Also I'd pay my rent for as many whole years as I can afford (or buy a house if I get enough money).

But then I am more likely to win a small amount so I would probably just use it to buy a couple nice things, and get takeout for my buddies.

And that, dear people, is another Readers Request in the bag. Not many asks this week. Which is no big thing. After all if I only did this blog for the attention, I'd go crazy and delete it immediately.

I'll catch you next week for something more curated.

If you'd care to share my blog with your friends, I'd appreciate that! If you'd like to thank me in a fiscal form for entertaining you a little bit, I do have a Patreon right here, but please - no pressure. Thank you for reading, and check my social media to the right to keep in touch.
Posted by John Aridi at 14:30