From Despair To Where?

I am sure most people reading this are aware of the current status of the country. 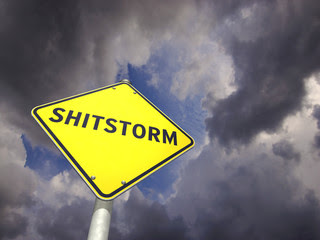 It was decided back in 2016 that, following a rather... controversial referendum, we would be leaving the European Union by... well, look at that, it was meant to be next Friday. 29th March.

And then all hell broke loose.

David Cameron, who delivered the Referendum, slipped off into the shadows to retire to the French Riviera or wherever it is that he lives now. Just like I predicted he would in this blog right here. I wasn't aware at the time of the forthcoming changes to EU tax regulation, that would have made the entire situation a lot murkier - but that is neither here nor there.

We were told we definitely weren't having a general election, which of course led to us having a general election. The new pick to lead the Tory party, Remain campaigner Theresa May, demonstrated her mandate to lead by immediately losing 13 seats in the House of Commons. She realised she didn't have a good enough majority to push anything through, so she paid the DUP a billion pounds to vote the way she wanted them to. This wasn't considered bribery, for reasons I am unsure of.

Those tasked with putting together the actual, you know, mechanism for leaving the European Union without all of our contracts and agreements simultaneously ending did apparently very little for about two years. Several members of the government decided that they would far rather have no deal than anything else, while several others didn't really know what they wanted. If anyone has had to do a group project in higher education, they will understand exactly how all that went.

The European Union itself agreed to a deal that was put in front of it by the Prime Minister. Given how hostile the attitude of about a third of this country had been towards them, the equanimity offered in return was nice to see. The issue, of course, was that there was a significant gap between the deal that the Prime Minister presented to the EU and the deal that the government - even members of the Prime Minister's own party - were willing to accept. So the EU waited for us to sort out what we actually wanted, while gently reminding us of the date and of the various things that could happen if the deal wasn't actually signed.

The Leave campaign was found to have been run illegally, were fined £81,000 for doing so, and the result of the referendum would have been declared non-binding and forcing a re-run - if it was actually binding in the first place. Because it was strictly advisory, it didn't, and so everything was fine. So we continued with plodding toward our leave date, because of course, just because the result wasn't legally binding doesn't mean that those who could stop it would be willing to. Also the corrections to the literal lies that were told throughout the campaign process didn't have to be published anywhere, so they just stuck around in people's heads.

Nigel Farage managed to keep himself in the news headlines constantly, despite apparently doing very little. He seemed to oversee a campaign about taking power back from unelected EU politicians, while having been an elected EU politician himself for five years, and nobody that turned up to any of the events that he ran seemed to be brave enough to ask him about that.

Labour demonstrated they were a serious opposition party by not really opposing us leaving the EU very much at all. Then a whole bunch of folks who would have been happier with Tony Blair still in charge decided to go and start another party, because their constant attempts at overthrowing the actual leader of their party met with Wile E. Coyote levels of failure. Their new party wasn't so much a new political party as a new business movement that isn't properly registered as a political party, but that doesn't seem to matter much right now.

Propaganda started showing up on the tables of Wetherspoons, because their owner is basically Al Murray's Landlord character but real and less funny. Businesses started shunting their future plans and current operations into bits of the world that aren't here. James Dyson reassured us that everything would be just fine, while shuffling his production lines over to Singapore. Jacob Rees-Mogg's finance company quietly relocated, and nobody inquired as to whether or not it was a conflict of interest for a standing MP to be involved with a finance company.

Days went by. Time passed. We all kept going into work, and some of us started having meetings about what might happen as of 30th March. The rest of us just hoped that nothing much would happen at all. We hoped that the economists and the lawyers and everyone else were wrong, that nothing awful would happen, and we'd just be able to keep going as we were before - just with more to complain about, and with those who we could actually blame for this mess slipping off to the Riviera Cameron-style. But you know, paying less tax, because we'd no longer be part of EU tax-dodging regulations.

Lots of votes happened in Parliament. The House of Commons threw away the Prime Minister's deal, then threw it away again, then she had to be reminded that she can't keep bringing the same thing back over and over again, and yes, that's been a thing for about four hundred years, so it probably isn't an EU conspiracy. Then Parliament said they didn't want to leave with no deal, which made all the people who don't want to pay tax very angry. Then Parliament said they would like an extension to the date, please.

Which brings us to today. 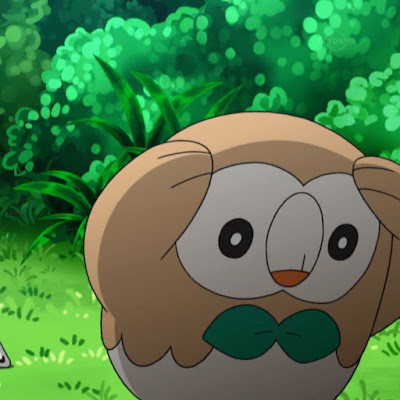 Nearly three years ago, I watched the results of the referendum being totalled, and this sick feeling started knotting itself up in my stomach - because I knew that this would go badly, and it would go badly in the worst way, because that is how things work. It couldn't just go straight to hell - it would bounce down every single step in purgatory first, so we land in the brimstone with broken bones.

Most people I know wouldn't change their minds on the referendum. Most of those that would, would vote Remain now. That is a very small sample size, and is probably not representative of the country - if anything it is more indicative of the kind of people I socialise with.

I have been called a traitor, a fascist, treasonous. Not by people that actually KNOW me, obviously. By people that know my vote and why I put it where I did. The woman who started the petition - which has picked up six thousand votes in the time it took me to write four paragraphs - has received literal death threats. I am sure that there are those who voted Leave who have received similar vile treatment. Probably those who didn't vote at all, too.

Leave won this most recent one with 52% of the vote.

I mean, that looks like a mandate to me. But then, I'm not the one driving the bus.

If you'd care to share my blog with your friends, I'd appreciate that! If you'd like to thank me in a fiscal form for entertaining you a little bit, I do have a Patreon right here, but please - no pressure. Thank you for reading, and check my social media to the right to keep in touch.
Posted by John Aridi at 13:01