So one sign of "growing up" - and by that I mean a growing sense of cynicism, of world-weariness in general, and of dissatisfaction with society as it exists - is that every good idea you have is followed up by all the reasons why it won't work, before the notion even leaves your lips. 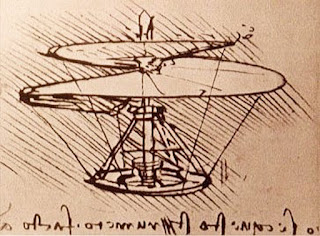 And it's specific reasons why it won't work, too. It's not, for example, that for a human to be able to flap a set of angel wings sufficient to carry them airborne the wings and muscles would have to be huge and their bones would have to be hollow. Like, sure, that's part of it, but - sorry, I got off track.

No, the real reasons why things won't work is when you add the societal, political, fiscal element.

Ideas is a pretty broad term, I know.

It covers a wide variety of common-or-garden stuff. It is everything from an idle musing about how a certain musical genre should make a comeback, to the best way to end the illegal occupation of Palestine, to the way in which the DC film universe could be made interesting again.

Four words for you, on that last one: Booster Gold, Blue Beetle. 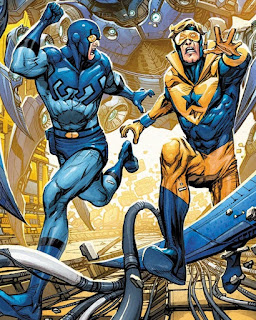 So I had this thought while stood inside Brighton train station a week ago last Friday.

I was looking at the roof. That big old roof, just... sitting up there, doing very little. It's about 60 meters across by about 120 meters lengthwise, slightly curved, slopes facing east and west - it's slightly narrower than, but slightly longer than, Brighton & Hove Albion's home pitch at Falmer Stadium. (No I'm not calling it the American Express Stadium, fuck off.)

That's a lot of solar panels. 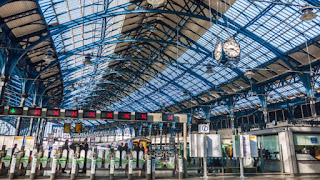 Now immediately you should start hearing, in your head, reasons why that thought should be discarded, because that is exactly what I am talking about.

It's a listed building, for one. Right? Can't go messing with a historic train station roof. And where's the money gonna come from? And besides, it won't generate THAT much power, and the disruption to commuters and travel services, so on, so on, on it goes...

Well a 3.5kw array set up on the roof of a house, with an area of 25 square meters, costs £6,000 and generates about 3,000 kw/h a year. The roof of Brighton Station is 7200 square meters. A significant proportion of that is glass, but solar glass exists, so the actual lighting situation can remain the same. Assuming the cost is the same but we lose some efficiency for the sake of scale and non-ideal facing, let's scale up: that is a cost of around £1.8 million, but it could generate 600,000 kilowatt/hours over a year.

In comparison, Drax Power Station - the biggest power station in the UK, which runs on biogas and coal - produces 24 terawatt/hours a year, some four orders of magnitude higher. However: Drax Power Station also outputs over 25 million tons of CO2 a year, and runs on materials which aren't renewable. Also, in fairness, Brighton train station isn't a power plant. It's a train station.

There's a lot of train stations in the UK.

The UK uses some 2,300 terawatt/hours a year in total, from figures taken in 2014. That's a hundred Draxes. I know we can't make all that up from solar train station rooftops, not implying we can - but every watt/hour we generate from the sun and the wind is another lump of coal we don't have to worry about replacing, and another chunk of sky unpolluted.

Drax Power Station itself is on a 15 square kilometer site. If we ripped out the burny bits and replaced them with solar bits, that would make it the second biggest solar plant on the face of this earth, overtaking the Kamuthi plant in India. 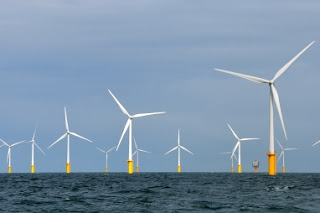 Rampion produces about 1,400 gigawatt/hours a year. E.On, who built Rampion, claim that it is enough to power 350,000 homes - given that Brighton and Hove only has a population of about 230,000, that isn't too shabby.

There's also tidal and geothermal, which I'm not even going to touch on, but both of which are tried and tested methods of powering us without digging massive fucking holes in the earth and chucking molecules of nastiness into the air.

It's not a case of renewables being unable to take up the slack of our other energy production. They patently can. We have the technology. We have the resources. We have the knowhow.

All these solutions don't fall short because of physical impossibilities. We've built solar plants. We've built wind farms. What stops more of them happening? What stops them, but permits stuff like fracking, which is genuinely one of the most despicable things one can do to an area?

People, with vested corporate interest, and lackadaisical attitudes towards crisis. People who literally profit from crisis. People in positions of privilege that either know they won't be troubled by this crisis, or that they'll be dead before it happens.

People who think that throwing their full support behind renewable energy is probably a bit of a political risk, and are unwilling to give up their significant payroll to stick their head over the top of the trench works.

People who didn't want wind turbines in a big empty field, and dug their heels in, and didn't get a wind turbine, who are now facing the possibility of that field hosting a fracking site - which has a lot more push behind it from outside of government.

People who like lovely old buildings and want them to remain lovely and old. 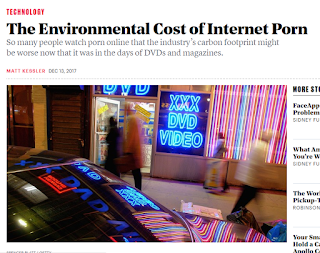 ...and don't realise that the problem isn't the power being used, it is how the power is being generated.

I have talked about hoverboards, before. This is just an extension of that particular thought process, really - a hyper-specific one. (Weirdly enough as I look back on that blog, that one links back to another blog I did ages ago which includes me bemoaning the lack of solar panels everywhere. I've blogception'd myself. BLOGCEPTION.)

If you'd care to share my blog with your friends, I'd appreciate that! If you'd like to thank me in a fiscal form for entertaining you a little bit, I do have a Patreon right here, but please - no pressure. Thank you for reading, and check my social media to the right to keep in touch.
Posted by John Aridi at 13:03