10 Years After The Fall

So the last one was a downer - lets take things back into the realm of positive.

I love me some roleplaying games. You know this to be true, if you are a long-time reader or know me personally. What do I love about them? All sorts - but one of the things I love the most is planning the next thing. The next character, session, plot arc, campaign.

Currently I am engaged in two such campaigns.

The first is a very much back-to-basics Pathfinder game. Starting at level 1 and doing a standard dungeon run. I almost always do the more character-based or gimmicky stuff, so it's unusual for me to just roll with "you kick in the door, there's four goblins and a chest, what do". It's kind of fun though. Liberating almost.

The second one is my favourite, hands down - and it's called Eclipse Phase. 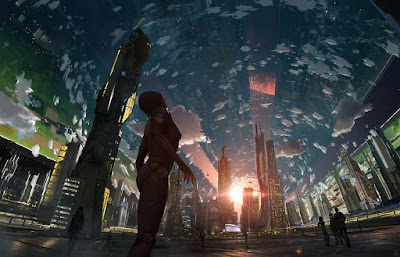 I ran it for a long time - over a year, easy. Two different games involving two different groups of characters, though the player base remained essentially the same, even if one player insinuated themselves in halfway through the first run.

There's some games that you can play without really knowing the setting very well. Like, Dungeons and Dragons? As long as you know your dwarves from your elves you can muddle through - unless the campaign is specifically very political, social or character-based, you can probably get away with a bluffer's guide and what you have learned from the thousands of derivative settings you've seen bits of already.

Then there's games wherein you really, really do have to know the setting - because so much of the game depends on it.

Eclipse Phase is the second one, which is okay, because I love the setting so damn much. 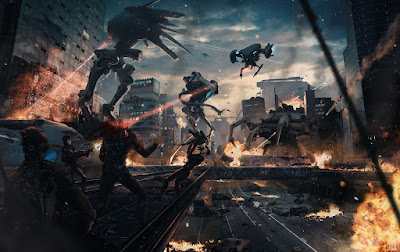 Welcome to the post-apocalyptic transhuman future, wherein the near-extinction of the human race and the obliteration of life on earth has left us in a position to actually change things - sometimes, even, for the better.

It asks and answers political questions. Like: what is it that ends up killing the world? Where do we go afterwards? What do corporations do when there's no government telling them what to do? What do people do when scarcity stops existing? How does democracy work when in space? Where is humanity's home if humanity can't go back to Earth?

That's before you get onto the bigger questions, like: what threats are big enough that they actually threaten humanity's entire existence? And what do we do to stop them wiping us out? 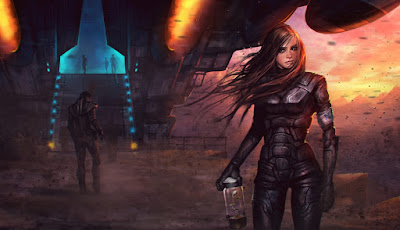 This is the part I love, see. Putting the NPCs together. Building the bits of the world that don't already exist. Looking at the backstory of the characters I have and boosting what I am doing in those sectors, taking plot points aboard to use for my own.

The stories that can come out of it stick with you.

Okay, maybe it is because out of a lot of the folks I game with now, their first game was Eclipse Phase - but there are others who I have played it with who have been veterans at the time who have also enjoyed it. I've covered those stories before, specifically in blogs like this one about RPGs in general.

It remains, though - I think good times were had. I don't want to blow my own trumpet but I like to think that I contributed a little to that. Like, sure, it is a sci-fi horror setting, but that doesn't mean that everything that comes out of it has to be horrible.

For every moment wherein a near-immortal adrenaline junkie comes face-to-kind-of-face with an inscrutable creature that may have been his former travel companions, there's a near-farcical hallucinogenic quest from one end of Extropia to the other, resulting in nude bas-reliefs being left on the outside of the asteroid for the universe to see.

For all the awful destruction wrought by the severing of the space elevator on Mars, and the millions of casualties that resulted of it, there was the moment wherein Captain Persephone of the Lethe decided that - rather than deliberately forget - she would remember, and went back home to Mars to find out what it was she had left behind.

And for the awful horror of discovering that the planet whose ashes we are stood in up to our ankles is Earth - not in a game I ran, but in the same timeline - there is the moment wherein you turn aside the freighter moving at a sizeable percentage of the speed of light, and you miss the habitat housing millions by mere inches. Close enough that you could reach out a hand and touch it... close enough that the people on that habitat can look out, and see you, and love you with all their hearts for almost losing your nigh-immortal life to try and save their own. 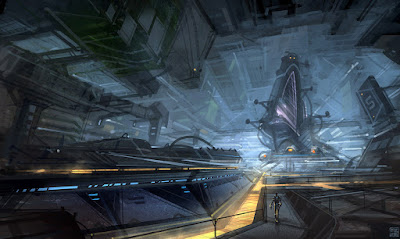 That's the moments you get for a game like this. That's what makes the work worthwhile, the planning, the plotting, the inspiration for a hundred different personalities in a dozen different locales. Crafting combat scenarios like Yuen Woo-ping, assembling conspiracies like Richard Condon and nightmare sci-fi scenarios like Philip K Dick. It's what makes it worthwhile, when eleven years later, you can still talk about that time that you found an AI living in an abandoned factory in Martian orbit and realised your pilot was the one that coded it.

This isn't a sponsored blog. I just wanted to splurge my love for the game, as I await the arrival of the hard copy of the 2nd edition core rulebook - and as I plot like a crazed madman to drag my hapless players into the transhuman future of 10 years after the fall, once again.

If you'd care to share my blog with your friends, I'd appreciate that! If you'd like to thank me in a fiscal form for entertaining you a little bit, I do have a Patreon right here, but please - no pressure. Thank you for reading, and check my social media to the right to keep in touch.
Posted by John Aridi at 13:29