Gold Beneath The Ruins

I blogged, once upon a time, about how screwed up the infrastructure of my home town is, and why it doesn't necessarily get fixed. In doing so, I talked about how Beirut got rebuilt, and the fact that doing so was considered an investment by the company doing it.

A ruined city, torn apart by a civil war that nobody living in it really wanted, became an investment opportunity.

For a more recent example - if you somehow missed the fact that Halliburton, a company that the US vice-president of the time (Dick Cheney) headed for five years, was given the keys (and the cash) to rebuild Iraq following the 2003 invasion... here is a reminder 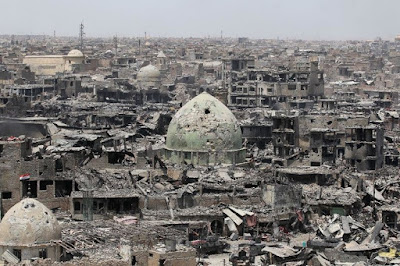 It's not just actual warfare or mass destruction that results in profits, either. No, there's other ways. Shorting shares, for example. If you don't know how that works, there's a good description here, but let me give an example:

You know the price of milk is going to tank (harhar) so you go to your mate Billy the Milkman and ask if you can have ten bottles. You promise you will give them back tomorrow, and maybe give him some money on top of that. So he gives you ten bottles of milk.

You then go and sell the milk for its current market price - and overnight, the price of milk crashes. You sold the milk for £1 a bottle, and now it only costs 50p a bottle in the shops. (I don't know what would cause this, just roll with it.)

So - you take the £10 you made from selling the milk that wasn't yours, you buy 10 bottles for Billy the Milkman for £5, you give the bottles back to him, and give him £1 for his trouble. £4 profit for you, for essentially doing very little indeed, with things that aren't even yours.

It's only the rather unique way the stock and share markets work that allow this to happen, obviously. The thing is, though - it also allows people who can directly make money from shorting, to be in the sphere of influence or friendship with the kind of people who can influence share prices.

Let's say you are mates with Sheila the Shop Owner. Have been for years, went to school together, you used to work for the shop once upon a time. So you have a means to, for a period, influence the price of milk. So you go to Billy the Milkman, and instead of borrowing ten bottles, you borrow ten thousand.

These two examples are grossly simplified, but I think they give an accurate depiction of how this whole thing works.

Of course, shorting and share-dealing isn't available to literally everyone. It's a level of brokerage that you require expertise to get into, expertise and money of your own - getting that expertise also requires money - it's a literal class barrier. 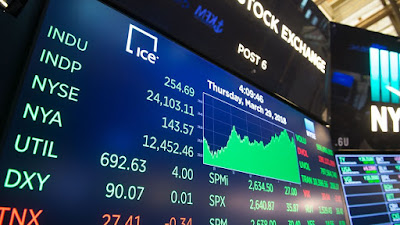 What is missing from the example above, however, is what it means to everyday people like you and me - and how that would be represented is simple:

To cover the shortfall from a 20% reduction in milk prices, Sheila the Shop Owner cuts staff wages and increases prices everywhere else.

So we have two kinds of people, here; the majority, who would suffer if share prices suddenly dropped because the costs of such losses would be pushed down the line to the average consumer - and the minority, who would stand to not only avoid suffering under such circumstances, but could also make a significant profit from everyone else's misery.

That's pretty gross. It's amoral, obviously. It's also a built-in function of the system as it stands.

Why is this relevant?

Well - there have been several reasons why a referendum on our membership with the European Union has been suggested in the past ten years, one of the first being that our then-Prime Minister David Cameron wished to garner the support of the eurosceptics within his party. Throughout Ed Milliband's tenure in charge of the Labour party, he was strongly opposed to a referendum on leaving, which of course made Cameron's position much more concrete. More anti-immigration rhetoric started to creep into the justifications around 2014. It wasn't until the years following that the movement really started to pick up steam, though.

It was formalised in late 2015 - and the very beginning of 2016 began the formal introduction of an EU directive that had been years in the making, a package of anti tax-avoidance measures. Just a coincidence, I'm sure. Definitely just an absolute coincidence, that the Economic and Financial Affairs Council reached agreement on the directive literally two days before the referendum was due to take place. Just... plain lucky, I suppose.

But is that enough? The government has been utterly baffled by how much this little exercise is going to cost us individually and as a nation, or at least, has made little effort to be transparent to the public about such costs. Going so far as to quash the release of internal reports detailing suggested emergency measures, for when we start running out of insulin and all of the ports are in gridlock. It should still be patently obvious that the cost is going to be significant. We're already suffering for it. 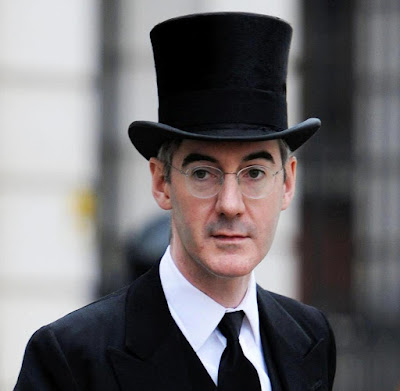 I'm going to do my best to not make any jokes about this man. What I will stick to is how he is relevant to what I am talking about. 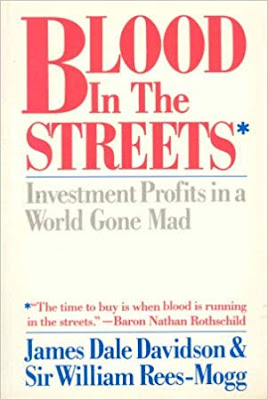 "The time to buy is when blood is running in the streets."

And that is why Alexander Boris de Pfeffel Johnson will happily prorogue Parliament to push this through. That is why he will do literally anything he can to maintain the majority of one that he currently enjoys. That is why he will sidestep and countermand any check or balance that would allow Parliament from stopping us from leaving the European Union by any means necessary.

They have prorogued parliament, they will see Brexit through, they will call an election in November, and then let the chips fall where they may. All the better if they aren't the ones in government when the costs really start being counted and people really start hurting - when people start dying - when the blood is running in the streets.

Then you can watch them slink off, one at a time, resigning or retiring or taking some family time. To go back to their investment portfolios and their overseas homes, to avoid the fallout of their work.

They'll still be able to profit from the gold beneath the ruins.

But yeah, sure, project fear, we'll be fine.

If you'd care to share my blog with your friends, I'd appreciate that! If you'd like to thank me in a fiscal form for entertaining you a little bit, I do have a Patreon right here, but please - no pressure. Thank you for reading, and check my social media to the right to keep in touch.
Posted by John Aridi at 13:12