I would like to begin this blog with a Pratchett quote.

The reason that the rich were so rich, Vimes reasoned, was because they managed to spend less money.

Take boots, for example. He earned thirty-eight dollars a month plus allowances. A really good pair of leather boots cost fifty dollars. But an affordable pair of boots, which were sort of OK for a season or two and then leaked like hell when the cardboard gave out, cost about ten dollars. Those were the kind of boots Vimes always bought, and wore until the soles were so thin that he could tell where he was in Ankh-Morpork on a foggy night by the feel of the cobbles.

But the thing was that good boots lasted for years and years. A man who could afford fifty dollars had a pair of boots that'd still be keeping his feet dry in ten years' time, while the poor man who could only afford cheap boots would have spent a hundred dollars on boots in the same time and would still have wet feet.

This was the Captain Samuel Vimes 'Boots' theory of socioeconomic unfairness.

This is Victoria Street, in Ryde, somewhat near where I live. 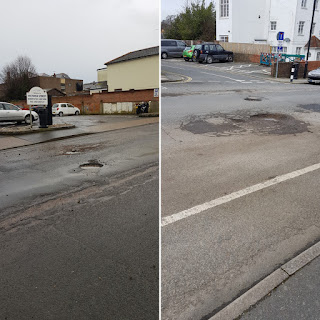 After and before rain, about five hours apart, taken today. This is a main road - major bus routes use this road pretty much 24-7-365. It's the main route out of Ryde into Newport, the two biggest population centres on this bedevilled isle.

Anyone remember that line in Bad Boys wherein Martin Lawrence walks into the drug lord's mansion that has been shot to pieces, and quips that it looks like Beirut? 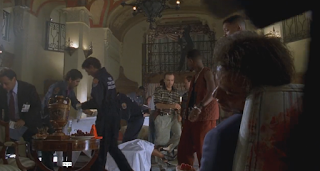 So this is the particular side of Beirut that Lawrence is referencing, the civil war in the 80s. 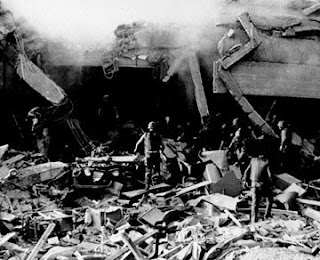 This is what Beirut looks like now, for comparison. 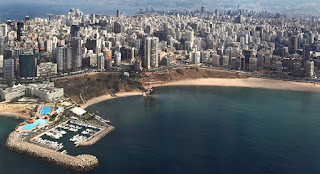 Ryde isn't Beirut. It doesn't have a civil war to deal with. It has another problem.

See, that road out there gets resurfaced with some degree of regularity, but the job never seems to stick. It gets farmed out to the lowest bidder, and it gets tamped down with a little tarmac, and then the tarmac gets smashed to shit again. So money keeps getting poured right into the hole.

See, the solution is to spend the cash to resurface that entire section of road. Be prepared for the disruption of services, take the steps that you have to, and then cease worrying about it for as long as this full road surface will last. Which, if you do it right might be quite some time.

You'd save money in the long run, too.

Working on the assumption that the goal is to actually solve the problem, to give the citizens of Ryde (and the Island, and anyone who uses our public transport) a better situation, frontloading the cost is the most obvious "best" solution.

This is a false assumption.

Assume instead that those in charge of filling those potholes have no interest in a permanent or long-term solution - they have different metrics in mind. They care about how much money they are spending in this very moment, because potentially, they won't be around in several years to actually see the windfall of not having to keep throwing money down the hole. They can just ignore it and ignore it and ignore it until such a time as...well, not that it stops being a problem overall, but that it stops being THEIR problem.

The rebuilding of Beirut was left to a private company. There was a lot of issue surrounding this. Their business arrangements and such were very heavily tied in with the interests of the local government, and everything was over-budgeted, resulting in Solidere (the company that managed the rebuild work) making an immense profit.

The government was going to be around for a while, it appeared. Those companies that sought to make money from the rebuilding of an entire city were survivors. They weren't there for the short-term, only hopping in to make their cash and then vanish. They were in this for real.

While that particular practice is still shameful as all hell - literal war profiteering, using the destruction of a place to make money from its rebuilding, see Iraq for more details - the difference between how the island deals with it and how it gets dealt with elsewhere is huge.

The other problem, I suppose, is that none of the people that would have to sign off on repairing the road actually drive on it. So why should they notice? And when it is brought to their attention, why should they care? The ability to adjust one's perspective, to ponder if something is a problem for another individual that isn't yourself, is...well...

...I hate to make a sweeping generalisation, but positions of political and economic power don't seem to reward any kind of empathy.

So I guess we'll just have to keep getting wet feet.
Posted by John Aridi at 19:35