There's a lot of things that make me angry.

What most of them boil down to - the important ones, I mean, not the continued existence of Simon Cowell or the ending of Wolverine: Origins - are either greed, or ignorance; these two things, either in combination or alone, are easily attributable as the source of most of our troubles as a species.

I get angry about both; about how they affect not only my life, but the lives of hundreds, thousands, millions, billions. About the countless status quo situations maintained simply to keep funneling funds into the pockets of those not necessarily most deserving, or upheld because of fear of any kind of change. Stupid laws and idiotic regulations built on generations of injustice and self-interest. Several monoithic inescable systems solely devoted to maintaining iniquity.

Anger leads to wanting a solution, seeking a means, trying to change things. That very swiftly leads to the realisation that you simply can't do it alone - the next natural response is to go looking for those that think the way you do.

And that is where the entire plan comes apart.

Apathy is one of two things - either ignorance of a problem and thus being unwilling to fix it, or knowing at least a little about a problem and deciding not to try.

And you just know...you just know that if people would only pay attention and think for a second that you could achieve something great and life would be better and we could be proud of being human.

If only they'd give a damn.

Apathy, it appears, is entirely contageous. I've had enough of it - the fire of my anger is cooling to the embers of cynical resentment. I've heard it too many times.

"It doesn't matter who I vote for, they're all the same." 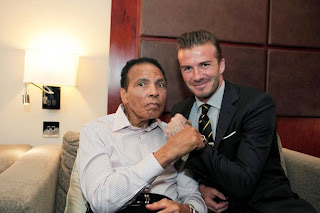 Let's say I own a billboard.

It's a nice billboard. It's somewhere that a lot of people will see it, daily. Many people will go past it. So what do I do with this billboard? Well, either I can put whatever I want on it, or, companies will pay me to put up their marketing on it.

That's fine, because they want their brand to be everywhere, they want people to be thinking about their brand subconsciously so that when it comes down to making a consumer choice about food / clothing / whatever, they will pick that brand without really making a weighted decision. So companies spend a significant amount of money trying to get their image everywhere, because it increases their sales.

But obviously, I can't just take my billboard anywhere. If it's being used for marketing, then I obviously can't take it to a place dedicated to the competitors of what it is marketing. That would be silly, right? And also contractually sticky. But then I agreed to adhere to that contract and those particular terms when I agreed to accept money to display marketing for a company on my billboard.

So it wouldn't make any sense for me to enter into an advertising contract with, say, Pepsi - and then show up at a a strictly-regulated Coca-Cola corporate event.

And this is why, if we are to be asked to regulate our clothing at the Olympics because it is so heavily influenced by corporate marketing, that we should be being paid to wear brand names, not the other way around.

That's the way it works, right? You enter into some kind of agreement with well-defined figures of how much you will get paid to market a product or display its brand name, and in exchange you are bound by their equally well-defined marketing regulations, however stringent they may be. Because, hey, you're being paid. So of course you accept the legal whatnots as to what you are doing to get you paid. It's why we sign employment contracts.

But until such a time as I sign such a contract and get paid for such an arrangement, you don't get to tell me what I can and cannot wear.

The last time I checked it's not grossly offensive or public disorder to wear a Rolex shirt in an event exclusively sponsored by Tag Heuer, it isn't a hate crime to wear a Pepsi shirt regardless of what is being sold wherever you are - and perhaps if I was wearing a security organisation's logo when I went in, I might actually be doing Locog a favour.

I understand that corporate sponsorship has granted a lot of money to the games - I believe the main sponsors contributed something like £2bn or so. And I truly want the games to go well - I want everyone to have a good time, I want the athletes to compete without problems, and I want the best to win. I know people attending and hope it is everything they want it to be. I'm not anti-Olympic in and of the games themselves - nobody is so naive as to think this world doesn't need more unity and brotherhood.

I just find myself wondering if this unity and brotherhood of man should be covered by McDonald's and Coca-Cola logos, and if it should exclude people wearing shirts the men in suits don't like.
Posted by John Aridi at 11:40 No comments:

The Problem With Statistics

Today it was anounced that unemployment is down - reduced by 65,000 in the past three months, down to 2.58 million, according to the Office of National Statistics.

I'd take this as being a really good thing...except for other statistics also coming out of that office. 6,100 more claims for Jobseeker's Allowance in that time, up to 1.6m. And long-term unemployment increasing by 18,000 to 441,000. All this in the past three months.

And there's another issue here; because, see, once - I was one of those long-term unemployed folks. And there's a trick, that has existed for a long time, built into how these statistics are built up.

Nice try though.
Posted by John Aridi at 11:16 No comments:

When Honesty And Spin Collide

Have you ever taken a look at the news headlines, and seen what they should say? A selection from BBC news:

Could debt relief solve Europe's problems?
(lit trans: Austerity was never going to work, says someone with more economics knowledge than the Chancellor.)

Cardinal Keith O'Brien in gay wedding vote call
(lit trans: Cardinal hopes people are as homophobic and blinkered as he is.)

And now, the weather.
Posted by John Aridi at 12:42 No comments:

Sun Past The Yardarm

Today I am thirty years old.

I always thought I was meant to be in a specific place, when I reached this age; I wasn't quite sure where that place was, but I was sure it had something to do with houses, mortgages, and other things that show I am Growing Up and Moving On With My Life.

I'm not there, needless to say. That makes me wonder - am I screwing up, or is it okay to not be in the mythical Thirty Zone? Contrary to popular belief, is it oay to still have fun? Can I still listen to whatever I want, play with action figures, spit watermelon seeds at the back of my friend's heads?

At times I wish life came with an instruction manual,complete with timetable - but then life is different for everyone, and we all have to live our own. Maybe given that, I don't necessarily need to worry about the "road map", the cultural stereotype of a man my age - wife, kids, house, job I hate.

Maybe it IS okay to just be where I am.

Besides, I could do with another tattoo.
Posted by John Aridi at 10:56 No comments:

I've Never Noticed That Before...

Everyone feels it sometimes - they're sat on the train, or in the office, or walking home the same way they walk home every night...and all of a sudden, you wonder - how did my life become this?

Same thing every day - same routine, same faces, same people. It gets draining, but the way it drains us is it takes our creativity, our mental accuity, our way of noticing that it's all the same...until we have this little moment of serenity.

But it's these moments of serenity we should live for.

We just take them for granted - or don't even notice when they happen; but they do happen, I promise you. Moments that may seem totally ephemeral, but they are very real.

Your day has been long and hard; the work has been unforgiving, thankless, and ultimately feels a touch pointless...

...but then the doors of the train open just briefly,to letone of your fellow travellers exit - and the soft breeze cools your brow. Just for those few seconds, life isn't a merciless scramble up a greased slope. Just for that moment, there is serenity.

That moment when you walk past a shop and catch a few bars of one of your favourite songs on their radio; or when a child smiles and waves at you just because they're in a good mood; or when you find that tiny piece of street art that nobody else has noticed.

Just sometimes - it's enough to change a shitty "any-other" day, into something a lot more worthy of mention.
Posted by John Aridi at 15:03 No comments:

So this is my new blog.

I got tired of my previous blog; it descended into crapness, and then the provider (who I won't name) started being lacklustre about even keeping it up and running. So...new things.

I think it is time for new starts, anyway. My father died two days ago.

Life kind of feels like it is in free-fall right now.
Posted by John Aridi at 19:07 No comments: