Accelerationism (Noun): The idea that either the prevailing system of capitalism, or certain technosocial processes that historically characterised it, should be expanded and accelerated in order to generate radical social change.


How many of you have heard of Accelerationism?

It's a thing that comes up every now and then in political or economic or sociological discussion. Nietzche and Marks both discussed it in their day, though perhaps without the very specific meaning that it seems to have today.

For a patented low-fi example of how this works...

Let's say you and your friends are all playing Risk. 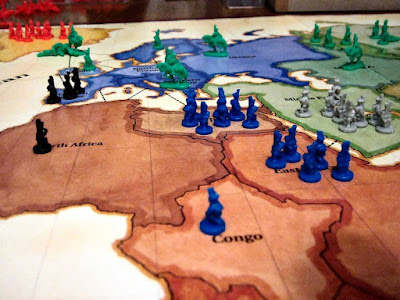 You don't... want to be playing Risk, though.

Everyone else does. Everyone else is having a good time - they're making sound strategic plays, not over-extending themselves, defending their base lines and waiting for everyone else to make their mistakes. This game is going to drag out for a while, and they're all okay with this.

You want to play Monopoly, though - or at least you think it is going to be Monopoly. You didn't all really discuss what to do after Risk, but you know that at least one of the group has a Monopoly box, and you are REALLY good at Monopoly. You probably won't win Risk - you will almost certainly win Monopoly.

So you start playing a little less carefully.

You start over-extending yourself, practically inviting other players to try and break into your territory. You sally against hard targets, maybe throwing 10 into an opposing 10 without any hope of winning, just to whittle them down. You are making plays that are very suboptimal, very high risk with potentially slightly high reward.

It leads to instability. People start making cheap gains off you, or taking from the others who you have weakened. By your death throes - because you WILL lose at this rate - you make the game end a lot quicker. You accelerate the pace of the game, by removing the checks and measures implied and inherent, i.e. that players won't make dumb decisions. 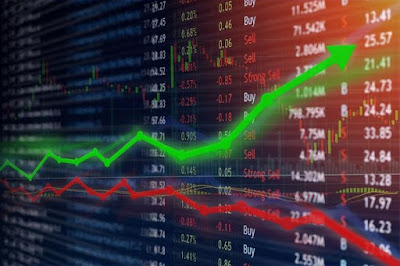 Put simply - it's the process of making a system run faster and harder, until it breaks. So you can access what is after that system.

Notably it's the right wing of the spectrum that leans heavily on Accelerationism. Not that there aren't left-wing adherents - numerous and sundry thinkers have espoused it - but it finds its core market in the place that is already most benefited by the system to be accelerated. That is, white nationalists and capital-fascists.

The system is already hurting the people they want to hurt, see. All those Risk pieces that get taken off the board as you make the fast plays, the stupid plays, the risky plays - they aren't what those kind of people like to think of AS "people".

All acceptable losses to get to what they think is next.

Books have been written about what is next. There's a lot of different perspectives. Paul Mason (author of a book called Postcapitalism from 2015) argued that the digital economy and people relying on co-operatives and mutual aid rather than going to their traditional capitalist benefactors would see the end of our current model and the rise of something more egalitarian and just.

Of course there's big steps to make that not happen. The undermining of every social justice programme, the sabotage of experiments into universal income and ignoring the experiments that work, the definition of everything that levels the playing field as being socialist and the definition of socialist as being inherently evil. Like, this is McCarthyism stuff, you hate to see it.

Nevertheless. Whenever you see a relaxation in trade rules to benefit the seller, or a removal of regulations between owner and profit, or a tax efficiency being exploited, or whatever Amazon is fucking doing next, remember: this is acceleration.

And those doing it really hope they can exploit what happens next. 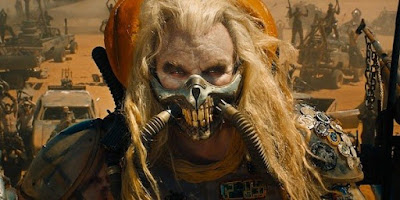 If you'd care to share my blog with your friends, I'd appreciate that! If you'd like to thank me in a fiscal form for entertaining you a little bit, I do have a Patreon right here, but please - no pressure. Thank you for reading, and check my social media to the right to keep in touch.
Posted by John Aridi at 14:46