They came at a time of economic crisis and surging poverty in the Lebanon - not that things have been terribly easy at most points in my father's homeland. There's good days and bad years. Surrounded by aggressive neighbours, formerly a French colony, as a nation the Lebanese people have suffered significantly. 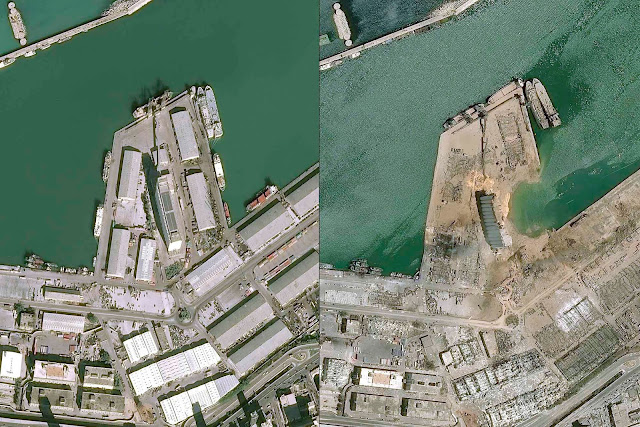 To give you an indication of scale here, both of those ships up top - the two that are out of alignment in the second picture - are at least 100m long. And you could fit one of them sideways in the diameter of the hole blown in the docks.

The sheer scale of the detonation of 2,700 tons of ammonium nitrate is hard to convey properly. To picture what it would do to the surrounding area is difficult outside of wartime. In a heatwave of tremendous proportions, while the world struggles with a pandemic that various local governments seem to be actively assisting on a daily basis, a swathe of destruction visits a city of 2.2 million people.

They felt it in Cyprus, 150 miles away. It registered as a 4.5 magnitude earthquake in Jordan.

Conspiracy theories came to light immediately, of course - and not all of them are out of bounds. There are many people that claim to have seen or heard a jet in the air before and after the explosion. The Israeli government issued a statement very rapidly saying that they had nothing to do with it.

I won't jump to conclusions - especially given that the official explanation is not only totally feasible but also totally unsurprising. That the nitrate was left in the docks unsafely by a ship owned by an oligarch, that the ship was damaged, that the ammonium nitrate was moved to improper storage because there wasn't any certified storage, that the stockpile was neglected for years despite attempts of several parties to make officials aware of the danger, and that a simple small fire would do the rest.

I know it is hard to believe that something so huge and so overwhelming could happen because of a few select moments of complacency and minor accidents, but it's more easy to believe than you'd think.

If you find it hard to imagine the damage, though - well... 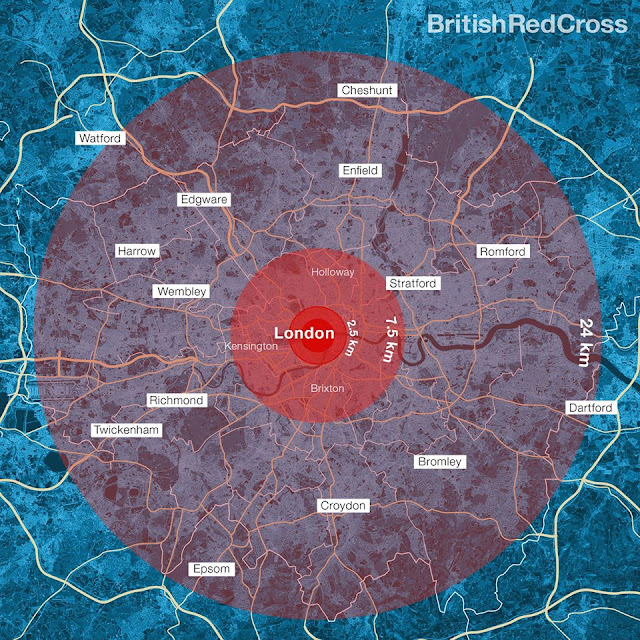 Here's what it looks like overlaid on London. Everything in that middle circle is flattened, totally destroyed. Everything in the wider circle is structurally damaged, and that third circle, your windows are getting blown in. Imagine the entirety of Wembley having their windows blown in by an explosion.

And if you look at this? 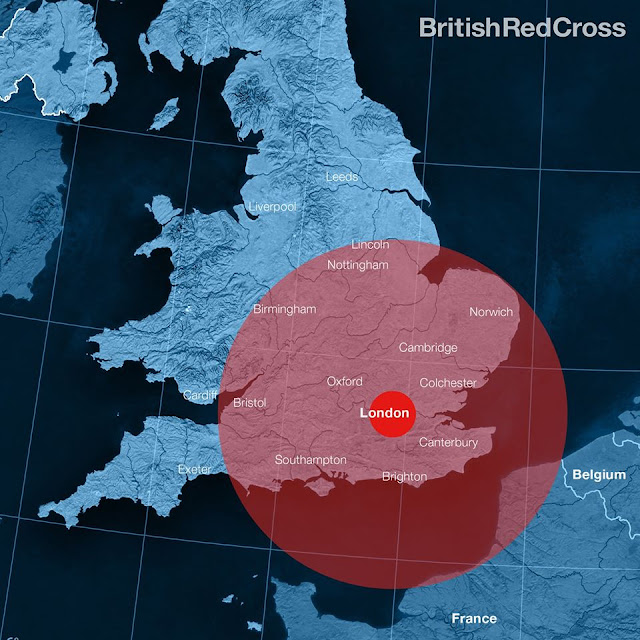 If you're in that big circle, you actually hear it happen. You could be standing on the beach at Dunkirk and hear it.You could hear it from Wales.

We'd find it hard enough to deal with that situation, and we're - yes, despite everything - in a much better economic situation than the Lebanon.

My heart aches for a people I've never met. I feel like I know so much about Beirut from my father's stories, from my own reading and studies of its history and its situation. It hurts, to see it so torn like this.

Because it's what we SHOULD do. Because it is right.