We're back at the flicks, and this time - it's for the monsters. 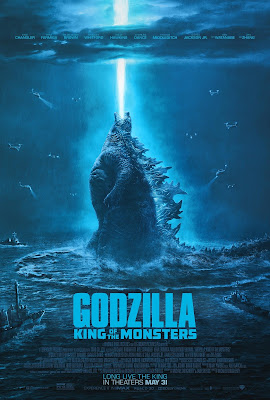 My earliest memories of the Godzilla franchise come from the Channel 4 showings of the Showa-era Godzilla movies. They were entertaining enough - I was a kid, I liked big monsters - and then, for the longest time, there was nothing...

...until along came this fucking thing. 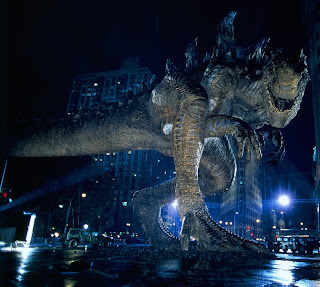 Yeah just looking at that image...

It wasn't long after this shit-sluice of a movie came out that I started looking back into the franchise. I started from the very beginning. I saw the more modern era of movies wherein they started to take themselves somewhat more seriously again. It wasn't until 2006 that I saw the original Gojira from 1954 for the very first time - and I do mean the original, not the Americanised edit. 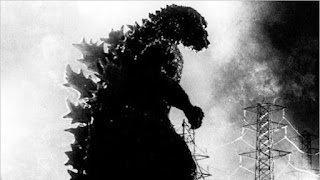 I was furious. Like, here I was, being spoon-fed kiddy films with Godzilla doing funny dances and doing this tail-slide drop-kick thing and here, HERE was the literal piece of art that had spawned it? And instead of seeing this, we got given a bastardised shitshow?

So my concerns when the Gareth Edwards film was announced were somewhat heightened. Another American Godzilla? I mean, how could it compare, now that my eyes have been opened to what could have been? 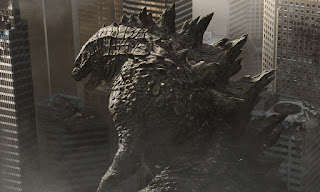 It's not the same movie. You can't take it as the same movie - it's not meant to be. You have to take it on its own merits, and its own merits are significant. The cinematography, the sound engineering, the acting, the pacing, Ken Watanabe, Bryan Cranston, it was excellent.

Kong: Skull Island does another solid round of Beating The Snot Out Of Its Prior Western Adaptation too. The Jackson King Kong is garbage - Skull Island is a tour de force, what kind of movie can effectively combine the same beats from the beginning of the original King Kong story with the plot of Heart of Darkness? 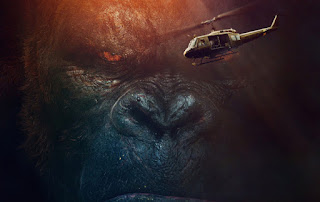 So imagine my joy at hearing the words: Sequel.


Warning. Below, there are spoilers.

I have problems. Very few, but they exist - insofar as two of the leads have... very little charm, and very little reason to be in the movie aside from acting as dramatic tension points. Kyle Chandler and Vera Farmiga are just... bad decisions wrapped up in generic names and somehow end up being the parents to Millie Bobbie Brown, who is frankly a wondrous gift to humanity.

Also one of the Monarch tech heads has some annoying lines but I think that's because he is meant to be annoying.

I mean... that's all I really need to say, right? That satisfies me. But there's more, it has a cogent plot, too. Yeah, it's a bit nonsense, but this is a Godzilla movie. Like, we have already accepted giant monsters that communicate with sonar and that eat radiation, none of what we see in King Of The Monsters is out of bounds.

The fights look great, too. Like there's very little Bayformers here. What is going on is usually quite clear (unless it deliberately isn't) and, well, we came here to watch them fight? So we let them fight.

There's a lot of nice nods to older Godzilla flicks too. Mothra gets awoken by two ladies. I mean that was nice and subtle - but then you actually have the twins from back in the day show up in old family pictures, so they really double down on that particular reference.

The sound engineering is, again, fantastic. Sound plays quite a big part in the movie - there was a lot of sonic action back and forth between G-man and the Mutos in the first one, so it's little surprise that this is explored as a thematic that ends up driving the plot. So having all the beasties sound right is very important.

They look right, too. If anything Godzilla looks more like the king of the monsters than ever, Rodan looks solid as fuck as this flaming bird-wing bastard, Mothra is, well, Mothra. The other Kaiju look pretty great too. But it was always, always going to be about this guy. Monster Zero. The Golden Devil.

He makes the movie, honestly. Look at him. Look at how ridiculous this shot is. It's brilliant. Absolutely brilliant. And that's what we're here for, isn't it? It's what we want. The cinematography is superb, not as dark and moody as the first one, much less serious and gritty - much more in line with the Heisei-era monster mash.

So all the monsters fight and everyone gets what they want. Fantastic. Sign me up. It's not smart, and it's not particularly deep - but it's true eye candy.

Can't wait for the next one!

If you'd care to share my blog with your friends, I'd appreciate that! If you'd like to thank me in a fiscal form for entertaining you a little bit, I do have a Patreon right here, but please - no pressure. Thank you for reading, and check my social media to the right to keep in touch.
Posted by John Aridi at 20:34