Halloween is my favourite holiday, and I have spent this entire month watching at least one horror movie a day, because - you know, it's actually a nice escape from reality to believe that awful things are happening constantly.

I love my horror movies. So this wasn't really a challenge.

You wanna know what I ended up watching? It just so happens I kept a list. I thought I would entertain you with it, before next month, wherein this blog will turn into politics and NaNoWriMo central. 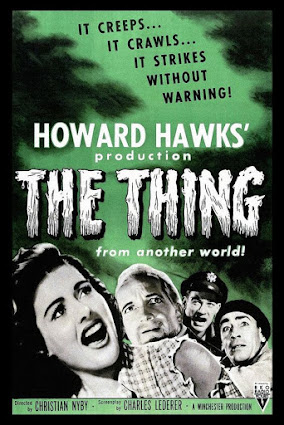 Despite being a horror movie with lantern-jawed men and a clearly "evil" scientist, the dialogue in this is superb - feels very natural, really well written. I mean. Everything ELSE is a little ropey, but it did spawn a different movie that we will come to later...

(Can't Believe I) Slept On This Part 1. Great movie. Stellar execution. Obviously, superb sound engineering. Wonderful performances all round. I am so mad that I saw Birdbox before I saw THIS. SO mad. So, SO mad.

One of the many Abyss rip-offs, this one is actually not terrible, and the cast is fantastic. Like you watch this movie and you will recognise just about everyone in it. Honorable mention goes to Ernie Hudson, who gets done super dirty by the writing.

There are few movies that are more 2000 than Ginger Snaps. Instant and total cult classic. Superb soundtrack, great writing and cinematography, and - well, lets face it, everyone who ever went to high school of any kind is going to find something in this movie, right?

This was an absolute staple when I was in school. Another magnificent bit of casting, some genuine freaky spooks, and Sam Neill genuinely comes across as one of the most frightening men on the face of this earth.

An indie production of a Lovecraft novella, this was pleasantly surprising; it was well put together, even filling out bits of the story that really deserved more of a look, and really well acted despite the clear lack of budget. I've seen worse movies rake $100 million at the box office. 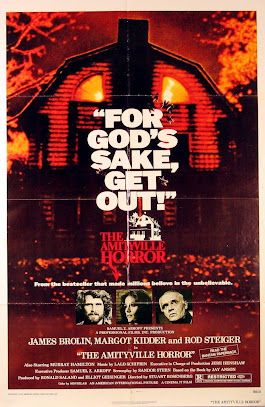 When we talk about classics - this movie provided me with one of my first genuine childhood fears, as discussed in this blog here. Main lead here is James Brolin - Josh Brolin's dad - and is the absolute spitting image of Christian Bale, if you ask me. Genuine creepshow of a movie.

I stopped hating on Robert Pattinson long before this movie came out, but if anyone has doubts as to whether or not this man can act, watch this. AMAZING. An awfully creepy movie, and I DO mean awful. Amazingly well done. Superb.

One of... like... two Steven King adaptations that King actually liked. He enjoyed this, and said of the ending: "Why didn't I think of that?" And oh christ, that ending. This is not for the weak of heart. A really well put-together movie.

I know. Not technically a horror - it's more Douglas Adams than Addams Family - but it led almost directly to Alien existing, and it does have an alien IN it. Though is anything scarier than teaching a sentient bomb Cartesian doubt? Herein is the first day that I watched two movies on the same day, because Dark Star was a technicality...

...and the real horror in this one is that it completely shit on my theory of the Alien, Predator and Blade Runner franchises all being totally linked. It's, like, the fourth best Predator movie. It's better than both AvPs though! Not that that's hard. I've taken shits better than AvP: Requiem. Is it a horror movie? I dunno, but it's a monster movie, so it counts. 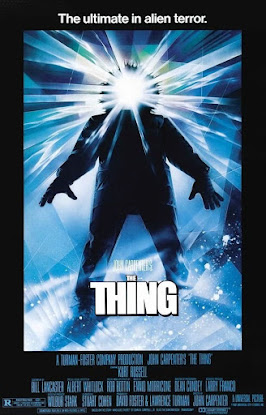 And here we have literally the best horror movie ever made. Just in every way. The creeping unease, the visceral body horror, the interpersonal anxiety, the dread, the attention to detail, the absolutely killer performances from every actor on screen INCLUDING the dog. Also the first of the Carpenter Apocalypse Trilogy. More from them later.

I'd not heard of this. Caught wind of it on social media, stuck it in my To Watch list for about a year, and then... oh christ. Oh CHRIST. OH CHRIST. Great movie. Terrifying. Fantastic. Just really well made. Worth it if you can find it.

There's a lot of movies in this list that look so, so stereotypical of the year they came out. This is one of them. One of only two actually good Richard Gere performances (the other is Chicago), and genuinely creepy audio engineering. Unsettling in a good way.

Slept On This Part 2. And I am not sure why. I really enjoyed the book, and the mini-series featuring Tim Curry. It's really well done, genuinely scary in many places, and the relationship of the loser gang with each other is explored in such a believable fashion. Like Stand By Me, but with a demon clown.

Slept On This Part 3. Aside from a few jarring moments of levity and comedy where I really didn't think they should exist, this second part was also really well done. This is the second movie that Steven King liked. Usually I don't like Bill Hader much but he absolutely kills it in this.

The original. The classic. A legendary film from a legendary film maker. It clarified and sanctified a lot of the tropes of an entire genre, even perhaps responsible for creating that entire genre wholesale. Even if the word Zombie is never used in the movie.

Ohhhh this was bad. But not like... awful. Just bad. Another one from the Abyss rip-offs, this one basically a re-run of Leviathan but with a worst cast, a less believable monster, and the exact same ending. It was fun enough, I suppose.

This was crowdfunded, and had some absolutely superb practical effects, and genuinely horrible moments. The odd bit of the performance felt a little hollow but the final product is a really solid movie, that goes sideways very quickly from the beginning.

James Cameron might be an asshole, but he makes a good movie. The production of this was one of the most difficult movies that the cast ever worked on; apparently Ed Harris would have nightmares about it years afterwards. The sheer single-minded dedication to the production of the ting made a truly incredible movie, mind. Is it a horror? You swim through a pressure-cracked nuclear submarine and you tell me.

Another classic and my favourite out of the Big Three slasher franchises. I almost love all the lore and mythology around this movie more than the movie itself. I also always forget that Kevin Bacon is in it, despite the absolutely brutal way in which he - ah ah ah spoilers!

Now this is just.. fantastic. Eerie. Even when something genuinely horrible is going on, it is more eerie and full of dread than it is outright disturbing... until you meet the bear. Natalie Portman absolutely smashes it in this. There isn't a single bad performance in it. And that ending!

A Russian-made Cold War-era horror that is a lot like if Species was 1) actually a horror movie and 2) actually well-made. Creature effects that are genuinely upsetting, a concept that left me going "oh wow", and some great score work made this a thoroughly enjoyable watch.

Take another Lovecraft story and blend it with Nicholas Cage just being himself. The visual effects in this movie are freeeeaky, and how various parts of the original story are transposed into a modern setting. Also - I had a dirty little laugh at how the Lovecraft insert character was black. Spin in your grave, you old racist. 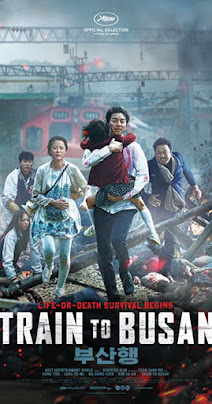 Slept On It Part 4. HOLY SHIT. THis movie just kicks it up to eleven REAL FAST and at that point doesn't really slow down. HOLY shit. The entir etime I could have shit through the eye of a needle. What a movie. What a MOVIE. I usually prefer the Romero-style shambling undead but if we're gonna have screeching runners? This is it. Forget World War Z.

yaaaaaawn. This was crap. Absolutely crap. And it makes light of the abductions of dozens of Native folks from Alaska for purpose of trying to pretend it's a "based on a true story" movie. Alien abduction film without showing any actual aliens? Boo. Boo sucks. So we had another movie to make up for just how sucky it was.

And I picked an absolute stinker. Jamie Lee Curtis, one of the Baldwins, Donald Sutherland, and most of them agree that this was the worst movie they had ever been in. Even if I really like the concept - a space radio signal that gets caught by the Mir space station and beamed down into a Russian research ship - it really was a very, VERY 1999 movie. The practical effects were nice, though.

Another classic. So many good details, so much weirdness surrounding it. Like the fact that the extras would go to the bar in the mall and get trashed while dressed as zombies. Like, how can you argue with it? You can't. It's a stunner. It's one of the best.

A martial arts horror movie from France? What the hell? And yet it's amazing. Mark Dacascos and Vincent Cassel are superb. The creature effects are magnificent. Based as it is on an actual historical event with actual historical characters - only Mani (played by Mark Dacascos) is totally fictional - it feels very legit throughout.

I mean this was like if the Matrix was less martial arts and philosophy and was more "what if I coded a game that brought my dead daughter back". But it's not bad? And the second half is genuinely horror movie material. Really not bad at all. 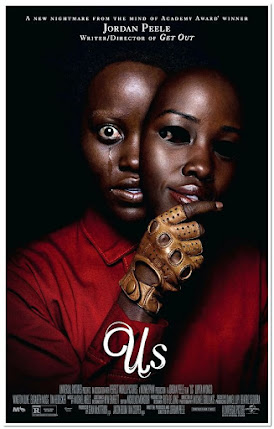 Slept On This Part 5 and the worst sin of sleeping-on-it because this was AMAZING. It kicked my chunky ass. Fantastic film. Genuinely creepy. Superb attention to detail. Laugh-out-loud funny in a couple places that didn't distract from the film itself. Juuuust watch it.

The second of the Carpenter Apocalypse Trilogy. What if satan, but science, and also stuck in a big glass tube? Find out. It's a great watch, if you can get past two of the main characters being assholes. Donald Pleasance is in it and actually plays a really believable part. I know, right?

Because it was Devil's Night, and it's tradition. Always watch The Crow. Probably not a horror movie, who cares, it goes in the list.

Scientifically one of the worst movies ever made, truly abysmal in every single way, shot in thirty-two second long reels because that was the only camera the guy could get, and lit with a zippo on a windy night, just execrable. I love it. It's fantastic. It did justify me watching at least one more today, though.

The third of the Carpenter Apocalypse Trilogy. A horror writer vanishes before delivering his latest manuscript. Is he dead? Is he a ghost? Who cares, we need that sweet money, so off goes Sam Neill to go get it. True cosmic horror ensues. By the way - the guy isn't meant to be Steven King, he's meant to be HP Lovecraft. Also, Hayden Christensen is in this. His best movie, as far as I can tell.

And... well, that was it. 31 days, 35 movies of variable quality. If I had to pick a best and worst - I'd be hard pressed to find worse than Manos, because, well, it's fucking awful. But is Us better than The Thing? ...I'm not sure, but I'm definitely glad I've seen it now.

It was fun! And I think I will do it every year, because honestly, it made me pick up some movies I had previously considered but passed over - and for the most part, I don't regret that at all.

Tune in next time, wherein we talk about something completely different.