Thank God For That

This blog is going to be a short one, because I am super busy doing writing and such right now, but - I wanted to take a moment to share in the sheer joy that isn't Joe Biden's victory, but Donald Trump's defeat. 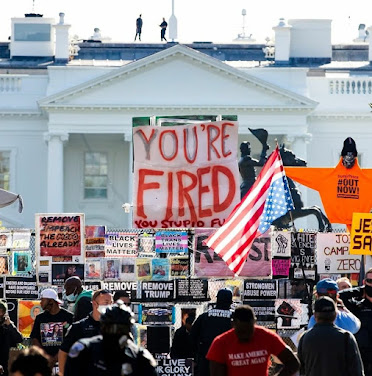 The man is bad for America. He is bad for the world. No, Joe Biden isn't perfect - in any other race he'd have been on the red side of the curtain, probably, like he makes me think of George Bush Senior - but, like...

Yes, I know there is more work to do. Just because the goon is gone, and his direct circle of cronies and yes-men, doesn't mean that the problems that they 1) created and 2) were spawned from have been dealt with. They haven't. Nationalism, white supremacy, general smatterings of hate, these are still present in not-inconsequential amounts. Systemic racism isn't cured just because the makeup department get a day off or the Secret Service budget doesn't need to incorporate stays at Mar a Lago.

There will be legal challenges, too. Both perfectly legitimate ones, and I know there may well BE legitimate concerns, and also not so much. I know that the dirty tricks will start coming out. I'm pretty convinced that a couple of outlets will start running stories about people who will remain anonymous who were approached by Joe, Barack and Hilary and asked personally to change half a million Red votes in a swing state. I bet one of those outlets will be RT, too. Just a thought.

But what I am taking from this - and I will spare you the deep analysis of how broken the vote system is, and what happens when the guy refuses to leave office (I already blogged about that over here) - is one moment, one day, when something good happened. When, after all the bullshit nonsense that 2020 has been serving us, and in the teeth of an oncoming Brexit, something happened that we can universally feel good about.

And herein is an opportunity - for everyone that nailed their colours to the Trump flag, lost friends, buried themselves in something that was perhaps a bit more nationalist or populist or racist than they had previously considered acceptable.

Just box up your shit, toss it, and start life anew.

Now is the time. Let it go. You can spend the next three months raging at the entire world, or you can just... let it go. Because your man lost, and he lost because the people are tired of it, and of him.

People wept in relief, when AP called it. They wept. Literally broke down in tears.

That's why his ass needs to be left in the gutter.

I am not a good person. I have anger and hatred in my heart, and I have an abundance for this particular breed of politics. Every single person that takes to the high places to push their nationalist, populist, supremacist agenda, and then scurries back behind the rock of Free Speech and the Marketplace of Ideas. People that will happily link to terror groups, feed apocalyptic millenarian death cult conspiracies, put on the raiment and bearing of fascists of the past, people that will preach the same old lies of purity and strength and all that absolute bullshit.

I just don't have it in me to be terribly understanding or forgiving.

And you know what? This time? ...neither did the people. Neither did Georgia or Pensylvania.

You know what that means. 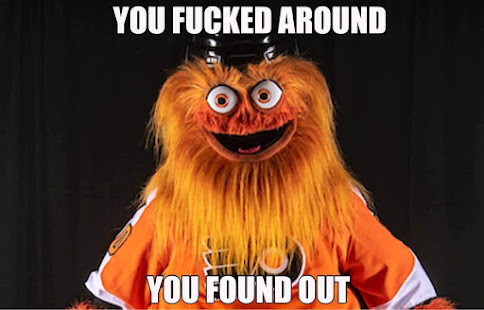 I feel afraid for the United States, because now, there is a very angry child that has months to do as much damage as he is capable of doing. He has the ear of dangerous people, and he has friends that will do their best to cover for him, even at his most ridiculous.

And we, the United Kingdom, are not out of the woods yet. The same folks that bankrolled the geniuses behind the Trump presidency are bankrolling a bunch of the people in this country who are just casually getting ready to drive us off a cliff. Why do you think Nigel Farage was caping for Trump so hard?

But for today - for the next little while, at least - let's just enjoy the fact that the guy whose career should have ended when he mocked a disabled news reporter got to be told, actually, no. This time...