Best Of The Bad Bunch

Having just come back from Nine Worlds - and there will probably be a blog about that - I am absolutely shattered, having socialled myself into a coma. What this means is that the blog will not be some kind of epic sojourn into perfected academic understanding of any particular topic.

So I am, instead, going with a suggestion provided by my lovely significant other, inspired by a brilliant panel featuring several brilliant authors:

Who are your seven favourite villains?


Well, alright then. Hold onto your britches. In no particular order. 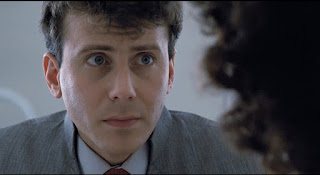 YOU KNEW IT WAS COMING.

Okay so Carter Burke, right? If you haven't seen the 1986 action science fiction horror movie Aliens, you haven't lived - especially the special edition, look for the sentry guns and the scenes in the colony before the marines show up. It is my literal favourite movie ever made, if the last blog didn't clue you in on that fact. If you haven't read it, it's about Bishop, go read it. Now. Yeah, now. Then come back here.

You back? Good. Okay.

And then he gets his head fucking eaten. 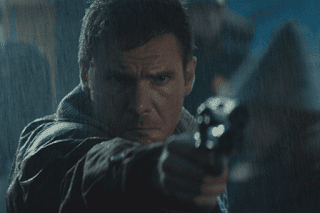 You see, Blade Runner is a noir flick; this means that the morality is all higgledy-piggledy. So you need to look deeper than the surface when you look for who is right and who is wrong, and in a previous blog, I talked all about why Roy Batty wasn't wrong.

So we have Rick Deckard. He used to be a Blade Runner - he still is one - and a Blade Runner is a person who, in this setting at least, hunts down Replicants and retires them. Given that Replicants need a very specific test to even tell them apart from humans, what that basically means is that Deckard hunts down people and kills them. The only crime those people commit is to not do what the company that makes them tells them to, such as wanting to live for more than four years.

Rachel doesn't know she's a Replicant. Roy does, and wants to live. Deckard wonders at one point if he might be. (He isn't, by the way. I will die on that hill.) Both the original and 2049 really serve to erase the difference between Replicants and people. So - yeah, Deckard's a professional murderer cleaning up corporate messes, who would retire himself if they told him to. He forces himself on vulnerable girl, and gets piss drunk because he can't deal with his job but keeps doing it anyway.

Sure, the greater villains of the piece are Tyrell and Bryant - the corporate overlord and the demanding police chief - but Deckard, being presented as the protagonist while actually being an assassin for hire, surely takes the cake there. 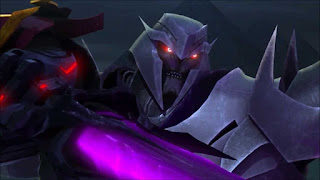 "I would have waited an eternity for this. It's over, Prime."

Sure, there are a great many different Megatrons in different Transformers timelines - but all of them are awesome, let's face it.

I am particularly fond of the gladiatorial pit-fighter of Kaon presented in Transformers Prime. He just oozes hostility and nastiness. When presented with perhaps certain death, at the mercy of a human controlling an industrial drill, Megatron tells him simply:

"Kill me now, boy. Or you will never get another chance."

In another episode he has to fight a super-powered Insecticon bare-handed, does so, wins, then turns on the Autobots and dares them to have a crack at him too.

He then falls the fuck over, because he's near death himself.

You know what Cyberpunk is - I already talked about Blade Runner - now meet the real villains of the novel that pretty much started it all, Neuromancer.

The Neuromancer in the title is an AI. As is Wintermute, who gave their name to my Starfinder character. They are both created as a way for an insanely wealthy family to keep maintaining their fortune and their legacy, a family that hated the earth enough to build a literal space arcology - the Villa Straylight - and that hated being in space so much that they just stayed there, in their baroque nightmare, being frothing mad and wealthy beyond understanding.

We encounter this place in the third act of the novel, a novel which begins in the murky underworld of Chiba City in Japan. Chiba is a place profoundly ruled by poverty and crime. Case - the main character - rents a plastic gun early on, just in case something bad happens. He rents a plastic gun. That's just a thing he does. Imagine the kind of world that creates that demand. Now imagine the kind of people who have more money than ACTUAL sense, like literally, who hang in orbit up above that world.

If you need more evidence as to their literal evil, one of them - the patriarch - has sex with and consequently murders a clone of his own daughter.

So fuck these people and everything they stand for. 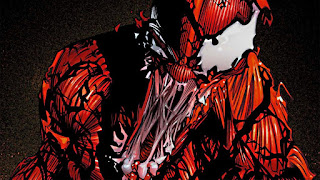 I mean... he's pretty great, isn't he? When you think about it. Like Venom is cool, but Carnage is like cool but injected with maniac juice. Venom is a dangerous foe to Spider-Man, who defeats his spider-sense and can catch him totally unaware. Carnage is all that, plus, if he wants to, he can turn his hand into an axe and eviscerate you with it. Something he is very willing to do, because he loves eviscerating people.

There's just something so much more dangerous about the Carnage symbiote than most other bad guys in the Marvel universe. He sits between the huge deific threats (Apocalypse, Galactus, Thanos) and the powerful-but -mortal bad guys (Omega Red, Doctor Octopus, The Mandarin). It took one of the literal most powerful heroes in the Marvel universe to actually put him down, via flying him up into orbit and ripping him in half. 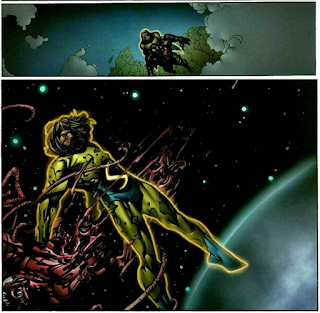 He's scary. He's violent. He's hard to defeat in a way that is morally sound. You can slap around a mugger, you can web up a thug, but Carnage? Carnage demands that you run, or fight. Just to survive, let alone to win.

And when you consider that the symbiote can infect other people... like, say, Wolverine... or Juggernaut...

Yeah, just thinking about that makes me sweaty. 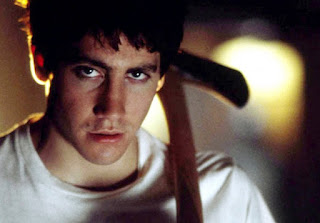 I'm gonna have to explain this one...but also I kind of don't want to.

See, the entire trick to the movie Donnie Darko involves watching it, understanding it, and then interpreting it properly. If you do all these things, then I daresay you will agree with me insofar as that, in terms of the bad guy - Donnie is that guy.

Sure, there are worse people.

I mean, Kitty. Kitty is the most horrible, awful individual I can imagine. She's like that pink flowery shithole woman from Harry Potter but actually real. We all know someone like Kitty.

I am not going to go into the core of the plot. What I am going to do is tell you to go and watch this movie, and then understand this:

Villains often think they are heroes of their own story. It's rare that they can witness evidence to the contrary and realise the fact.

The last villain is one that may surprise you, and herein I will present all the choices I went through before settling on one:

The Human Race
SPACE!
Stalin
War
Yourself
Film Production Companies
Internalised Homophobia
Religious Extremism
That Guy On The Bus That Always Wants To Talk To You Before 8am
My Grandmother
George Lucas
Whoever Threw Out The Whedon Script For Alien 4
Nazis
Whoever Didn't Throw Out The Script For AvP Requiem
Rocky Balboa
Stalin
Impressionist Painters
Lists
Wasps
Buzzfeed
Calorific Content
Empty Carbs
That Weird Feeling You Get When You Drink A Cold Beverage Too Quickly Like Not Brain Freeze But Like A Chill In Your Throat That Is Just Super Uncomfortable
Superman
Yourself
Batman
Magneto
Professor Xavier
Nazis
Yoko Ono
Tyler Durden
Scott Pilgrim
Toxic Masculinity
When They Change The Recipe Of That Thing You Like And It Just Tastes Kind Of Wrong Now Like Not Super Different But Different Enough That You Don't Like It Much Any More And You Can't Explain Why
That d20 You Used The Last Time You Failed A Save
Lists
Yourself 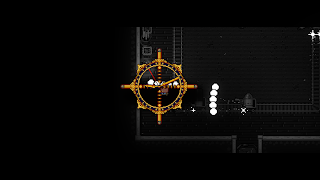 No, really. Yourself. From Enter The Gungeon.

Enter The Gungeon is a super-fun twin-stick bullet hell game with an amazing soundtrack, superb pacing, graphics to die for, replayability out the ass - it's just great, I can't recommend it enough. If you don't believe me, go watch a review or LP. Try Dunkey, his one is pretty much on point.

You see those crosshairs?

You, as the player, are entering the Gungeon in order to take - from its depths - a gun that shoots into the past, to kill your own mistakes. That is your end goal, the reason why you decide to enter this mad labyrinth filled with bullets that shoot you with smaller bullets, and enemies that are puns on firearm terms. This is why you bullet hell. This is why you have to live.

And when you lose all your health, where in most games you would be killed by the thing that killed you - in Enter The Gungeon, you get shot by the time gun.

You are literally shooting yourself from the future.

The thing is, THAT is what kills you. That is the thing that stops you. Not the bullet that the cute little shotgun shell just shot at you. It's the bullet YOU shoot.

One of our greatest enemies is ourselves. Our doubt, our internalised hatreds and fears, our damage, our dissonance. Of course, we have a lot more enemies than that - systems that are rigged against us, people that hate us for being us, people that casually harvest their fortunes while damning the rest of us to a forever up-hill climb. One of the things we can definitely work on changing is ourselves.

And a thing we should definitely stop doing is shooting ourselves before we have a chance to fail.

So yeah. There you go. My seven favourite villains.

Normal service resumes on Sunday.
Posted by John Aridi at 19:47