Public transport is important to most people in the UK, in one way or another. My locality is no exception, as neither is that represented in my NaNo project.

This here picture was part of a tweet posted by a chap named Ben Rue who works for Wightlink: 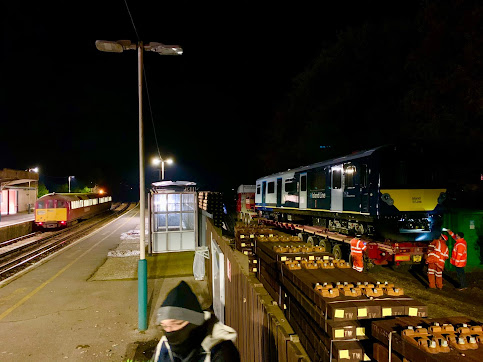 What you can see here is the Isle of Wight's trains. Our old stock on the left, our new stock on the right being delivered.

New is relative, of course. Our old stock has been renovated and refurbished several times but it was first made in about 1938 - it literally survived the Blitz, much like many angry people on the internet claim they did when talking about masks and political correctness.

The new one? Also refurbished? Was made in around about 1978. Which means it still saw almost 20 years of the Soviet Union, and is four years older than me.

It got me thinking about the role public transport - transport in general, even - plays in our lives. About how much of our time is spent getting from place to place, and how difficulties in that specific arena can pretty much define your day. 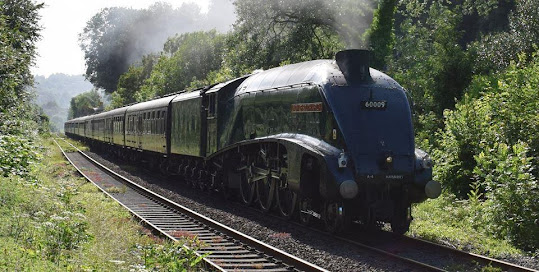 The notion of commuting really only began in the industrial revolution. Before that everyone just lived where they worked - and a significant amount of city and town building and planning surrounded the notion of keeping the employees near their place of work. You can still see this in the industrial heartland of the UK. The term "commuter" even comes from the fact that tickets for people that had to regularly travel to work had a reduced or "commuted" price.

Now if you are lucky enough to have your own means of getting to and from your place of work, then this might not apply so much - you should concentrate on driving when you are driving - but for those of us that have to bus/train/whatever, the time in between origin and destination can be very valuable as thinking or meditation time.

That period of introspection is really useful to me as a writer. Like, not so much for this year's NaNo, because it's first-person and so it is perpetually from the main character's thoughts; but nonetheless, the periods of the young man going from place to place are often the periods of greatest reflection. 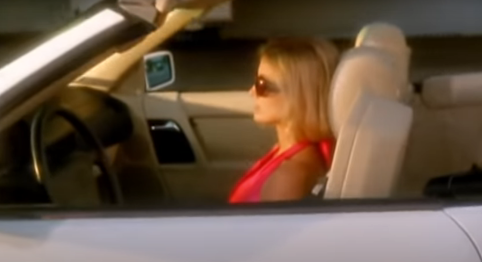 And I think that, for a lot of the world, that experience is very universal. That period wherein the world moves around you, and you are being conveyed to a destination, so there isn't much you can do with yourself aside from think... or try and not think, as hard as you can.

That's why airports sell books, after all.

Just a thought. Perhaps something deeper next time.