On Which It Is Impossible To Be Silent

Sometimes I butt heads with my mother about inconsequential things.

We're quite similar in a lot of ways, different in others. It's the differences that really adjust how we see the world, our willingness to call something out as being bullshit, our tolerances for things being bullshit in various areas but not in others.

Part of it comes from having grown up in different eras, under different styles of parenting. We both faced very different challenges during our lives. I have no doubt in my mind that she had to work harder than I did to get anywhere in life - she's always been a driven professional, which gets made that much more difficult given that she is also a woman. Having to put in extra just to be seen to be doing as much as everyone else, et cetera. It's real.

She grew up with rationing. Her older family members had all seen out the second world war. It puts things into perspective, and unfortunately, sometimes that perspective isn't useful in the modern world. She's rarely one to throw around the phrase "It Never Did Me Any Harm" but it is often implied in her tone - and she doesn't like it much if I imply that, just maybe, the harm it did is brushed under the carpet. Made to be part of who we are rather than something that is wrong with us.

After a few hours around each other, we start fraying each other's temper. I am more to blame for this than her, probably, but it's hard to judge objectively; after all, we're just going off our own lived experiences and things we have learned.

So the things that we see eye-to-eye over are pretty important - and one of those things is music.

I think I've probably talked about this before. 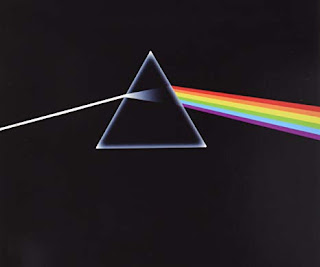 I am fairly empathetic at times but I can't understand people that don't like music.

Like... I just... don't understand how that can be the case. Which - if you don't like music - probably makes me absolutely unbearable, for which I can only apologise. I just don't get it. It's been built into me from a very early age, by - well, surprise surprise, my own mother.

Her musical taste and mine overlap significantly. We don't like either the Beatles OR Elvis. We're both more Stones / Hendrix fans. We like Queen, we like Led Zep, we like Crosby Stills Nash & Young a lot more than we like Neil Young by himself, and of course... 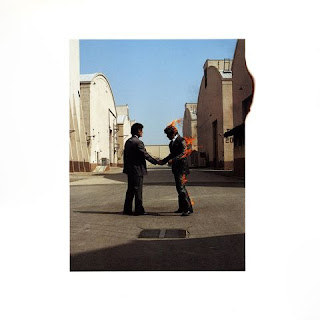 So there I was, with my fork buried in a small mountain of chicken chow mein, when - after having deflected some statements I made about how exams aren't necessarily the best way to determine someone's academic talent - my mum declares that there's a Pink Floyd gig on Sky Arts.

Sure enough, it's the video recording of A Delicate Sound Of Thunder. So we settle in to watch.

And for precisely two hours, we don't have a single argument or dispute. We bat around some waffle about the band, about how gigs and such are different these days (but understanding that there's a reason why). We talk about how it must have felt, to be in the early 70s, and to hear The Great Gig In The Sky for the first time.

I confessed to her that, the first time I ever heard Dark Side Of The Moon, I was stoned "out of my mind". She just laughed as I related to her the story about me waking up that next morning, totally unable to remember what I had listened to, but knowing that I needed to own it, and messaging the individuals that had provided the (ahem) party favours to demand to know what was in their CD player. 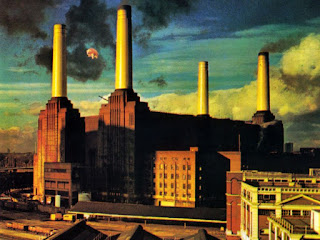 It consistently amazes me that, regardless of how at odds we may be about something - whatever that something is - it will be music that we reconnect over.

Perhaps that is part of why music means so much to me. Because nothing else I have ever experienced has had the ability to bridge gaps like music does. Nothing else quite heals you or puts you back together the same way. Paradoxically the four Pink Floyd albums that I feel are their best work, the four that I listen to time and again, are all about division and conflict and mental illness - they have helped bring me back together with people I have been divided from, and helped bring me back to myself.

With my dad, it was The Living Years, by Mike + The Mechanics. A song about how a father and a son can't help but be in conflict with each other, and how that relationship passes itself down when a son becomes a father. There's certain people in my life I can't uncouple from songs. I hear the song and I see their face, I hear their voice. It's like smell - forming the binding part of the neurons, the bridge to the trove of memory and experience beyond. 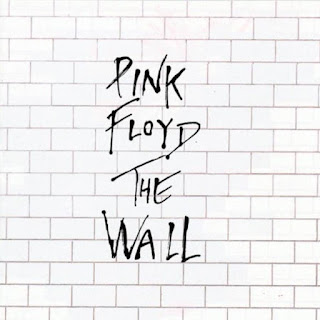 It's a gift. To us, as a race, as people. To be able to have this sound which we just listen to, all we have to do is listen to it - though in some cases, that is harder than others - and it takes us elsewhere. It makes things different. It changes contexts, relationships, outlooks. It can help you see the cracks in yourself by holding up the cracks of the writer and the performer and saying - hey, see? Look. It's here. You aren't alone.

More importantly, perhaps, it can hold those cracks up to others without. It can show them, tell them, what it is like to be in this position. To be stood in those shoes, to have walked that mile. The struggle of a troubled genius to make the world see the things he could see - Don McLean gives us that. The utter adoration of loving someone more than you can encapsulate in simple words - Coheed & Cambria give us that.

To feel disjointed from those around you - people that you knew and loved, that you just aren't quite walking in step with any more, and not knowing quite how to get back to level...

Pink Floyd give us that.

"Music expresses that which cannot be said and on which it is impossible to be silent."


And frankly, he is right.

If you'd care to share my blog with your friends, I'd appreciate that! If you'd like to thank me in a fiscal form for entertaining you a little bit, I do have a Patreon right here, but please - no pressure. Thank you for reading, and check my social media to the right to keep in touch.
Posted by John Aridi at 13:25