Remember a time before half the journalism online was top ten lists of things that you didn't necessarily care about?

Guess who is about to contribute to the problem.

Before we get into that. Who's your favourite superhero?

If you don't have one - you know what, this blog probably may not hold much interest for you. I won't be mad if you hit the Back button. A lot of everyone else probably thought of at least one specific superhero - and it is probably Batman or Spider-Man.

They are, after all, a billion-dollar business. Some of the biggest earning movies in decades - 7 of the top 20 grossing movies in the past ten years, all but one of which were Marvel movies. Even if you don't read comics or care about them much, you have to acknowledge their success.

I mean, they're successful enough that there is an entire personality sub-trait which is "sneering at superhero movies", because, you know. Why not. 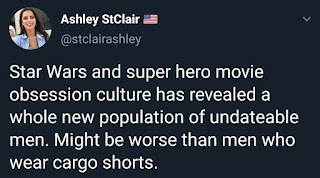 So - those who are still on board - you have a favourite superhero movie. Probably you have several more, and if pressed, you could arrange them into a list of sorts. Right?

The List - the capitalisation is necessary - actually came about as I was trying to work out what movies one needed to watch before they went in to see Avengers: Endgame.

I've always been more of a Marvel fan than a DC fan. The selection just interests me more. In terms of comics, it isn't like the two companies are as vastly different as their movie releases have been. That's a real polarising agent, right there. The gulf is wide.

So The List started as the master list for Marvel movies that had to be seen before Endgame, which I was compiling in chronological order in-universe. It's not Star Wars - you don't need to skip around that order to find the best time to reveal certain things. You can just watch it as it happened in the timeline.

Then when I had that list in front of me, I decided to do something different with it.

I decided to stick them in order of preference. Not order of quality, of objective film-making talent and skill, or anything like that - literally, in order of those that I would rather watch in an either-or situation.

So I shifted them around, I moved them into the places I felt comfortable with them being, and it was as I was looking at the top three that I realised there were films missing - and the only way to fix that, was to properly define what a Marvel movie is.

This is gonna get nerdy.

So technically speaking, Iron Man is the first movie in the Marvel Cinematic Universe - movies pretty much made by Marvel Studios. Iron Man being the first one, it was in production for a long time before Marvel Studios bought the rights back in the mid-2000s. But we all know full well that Tony Stark is a Marvel character, right? Like, Kirby and Lee concocted him in the mid-sixties. (A grossly simplified history, I know.)

Except those movies officially released by Marvel Studios aren't the only Marvel movies, those being, movies featuring characters that are part of Marvel comics. That throws the doors wide open, which necessitates a bit of a restriction - when we say "movies", we mean anything with a cinematic release. Not straight-to-DVD, not a TV movie.

That means we not only get to include the Main 22 - everything from Iron Man in 2008 forwards to Avengers: Endgame - but also the unexpected smash Spider-Verse, which as I mentioned was my favourite. It means we include the Ang Lee Hulk movie put out in 2003. It means including the rest of the Sony Spider-Man movies - the three featuring Tobey Maguire, and the two featuring Andrew Garfield. It means including all three Fantastic Four movies, the two cheesy ones featuring a pre-Captain America Chris Evans and the new darker DC-like one.

It means the X-Men movies. All of them. From the first one, through the weird reboot of First Class and Days Of Future Past, through to Logan and Apocalypse (and the forthcoming Dark Phoenix). It means including Deadpool and its sequel. It means Daredevil and Elektra. It means all three Blade movies. It means Ghost Rider and Punisher, and their respective sequels.

It means Howard the Duck.

So what I have is a list of Marvel movies, sixty-one of them thus far, and they have been arranged in order from 1 to 61 - in order of which I would rather watch. That is as technical as the listing got, simple but effective, and utterly lacking in any kind of real objectivity. And still, at times, the fight between movies in consecutive spaces has been a little...

There's several I haven't seen yet. I am working on fixing that. What this list has given me is an appreciation for the Marvel movies which are actually well-made - you really don't have a true love for the superb fight choreography in Captain America: The Winter Soldier until you've had to watch Dolph Lundgren trying to be Frank Castle. You forget just how good a Spider-Man Tom Holland is until you watch Andrew Garfield. I mean, bless him, he tried, but. It's just no comparison.

I haven't seen Logan yet. Which is a sin, I know - but I intend on fixing that this weekend. It won't go on the list until I have seen it but I predict it will go in pretty high. I also haven't seen X-Men Apocalypse (ugh) or the sequel to Ghost Rider (UGH) but, again, I will fix that. I don't predict them being quite as high on the list as Logan.

I will spare you the entire list - though if anyone wants to see it, I will put it together and publish it in a comment here. What I will share with you, though, is a couple of the salient points. Remember, this is just my opinion.
So... why does this list even get maintained? What's the point? Why do book-keeping on stuff which is meant to be fun and enjoyable escapism?

Because it has given me new eyes to look at media that had previously been taken for granted. It gave me a framework to enjoy this new batch of movies in. It reminded me of where we've come from, of places we can go. If you look at the sheer amount of improvement in actual film-making standards in between the 90s Captain America and Chris Evans' performance, it's like a whole different world. It's also a great excuse to go back and watch some old favourites that I haven't seen in a while.

And because - frankly - it gives us something to talk about.

...but maybe I'll save that for a rainy month.

If you'd care to share my blog with your friends, I'd appreciate that! If you'd like to thank me in a fiscal form for entertaining you a little bit, I do have a Patreon right here, but please - no pressure. Thank you for reading, and check my social media to the right to keep in touch.
Posted by John Aridi at 14:04