Fair warning: I am going to be talking about mental and physical health, including some talk about suicide and depression. Read on with caution.

Like... my lungs don't work normally in the first place, and some days they are worse than others, so - how do I really know when I have got a chest infection? My joints hurt all the time, how do I know if I have pulled something?

It changes your baseline level of "okay", which also means changing your idea of what being "not okay" is. I've heard stories - that I fully believe - of people that get menstrual cramps so bad that they actually believe that is what is happening to them when their appendix bursts or when they develop potentially deadly stomach ulceration. Barring the huge issue of sexism within the medical system, the other thing this highlights is that when you usually feel like you are 40% fucked, an additional 10% doesn't feel like much.

The thing that tells me that I am coming down with something is, usually, when my mood absolutely tanks for no apparent reason; and that is a problem, because depression also makes that happen.

So what actually happens, when the brain stops making the juice that makes stuff good and happy and leaves you basically shivering naked in the icy void emotionally speaking, is you wonder briefly - do I have a cold, or is this just a thing that is happening to me now?

There is no cure, unfortunately. One simply has to turn to coping mechanisms, and hope that you've learned good ones. 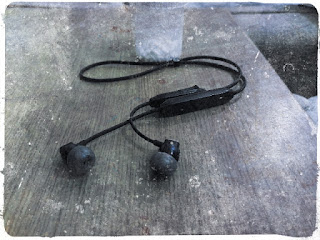 One good one I have, that I have talked about before, is songs. Music. The stuff capable of leaving me in bits usually.

There's a Brandi Carlile song called Party Of One.

If you don't know who Brandi Carlile is, she's an American folk singer. She's great. It's not my usual stuff but she's a superb singer-songwriter. One of her songs I like a lot is called The Joke, which most people should learn about if they don't know already. 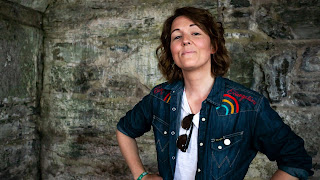 So there's this other song, this Party Of One. It's the last track on her most recent album - By The Way, I Forgive You, from 2018 - and the version from the end of the album is just her singing it. The video of which is beautiful, by the way.

There's also a duet, with Sam Smith. And you better know who Sam Smith is. 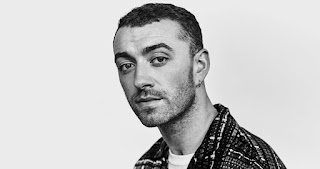 The song is about two people, who have fought, and who are trying to reconcile. They've obviously been together for a while. They know each other. They live together. That is only part of what it is about, though. It's about being exhausted, about being unable to keep up a struggle, but still being there tomorrow. It's about someone being hard to love, but loving them anyway, and about them loving you anyway.

Something about Brandi Carlile's voice when she sings about how she is tired. The way her voice cracks. She is tired. She knows how tired feels. She knows how it seeps into your bones, how you can be a level of exhausted and worn out that it has a physical pain all of its own.

The first time I heard the song, it literally stopped me in my tracks. I was heading home from work, and I had to... like PHYSICALLY stop, so I could listen to it.

It's a song I go to when I am in that place in my head, as I have been recently. When I am basically all out of spoons, mentally or physically, and I am on a scale of fatigue that makes me feel like I can feel my hair growing - and it fucking hurts. When it's all you can do to get home without screaming or laying down in the street.

That is what being that tired does to you.

That's why I curate these songs that are capable of just... dropping me. Songs that can dig through that grey fog of soporific exhaustion and make me react. 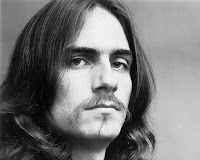 Songs like I Am The Highway, by Audioslave, and Black Hole Sun, by Soundgarden - both sung by Chris Cornell.

These are musicians that have saved my life in a quite literal fashion. Never, ever underestimate music's power.

For those curious - turns out I was coming down with a cold. Hah. Take that, brain.

If you'd care to share my blog with your friends, I'd appreciate that! If you'd like to thank me in a fiscal form for entertaining you a little bit, I do have a Patreon right here, but please - no pressure. Thank you for reading, and check my social media to the right to keep in touch.
Posted by John Aridi at 01:11