Sentient beings of all ages, it's time for another Readers Request - the first since July! We have several treats for you in this one, including about a quarter of the questions being submitted by one person who had consumed enough wine to intoxicate a rat with his breath?

So without further ado.

Best historical rant - This may be controversial, but here goes: The Prince, by Nicolo Machiavelli. Often cited as being a how-to guide for the budding tyrannical despot, it is also one of the most scorching and excoriating takedowns of tyranny that you can ever read, and may have had a hand in eventually unseating the Medicis.

Surprising Polish facts - Copernicus was Polish, and studied in Krakow. It is common to celebrate your Name Day in Poland, which is the Saint's Day of the Saint you were named after - which is a common thing as Poland is quite a religious country. It contains the last ancient forest in Europe which is the home of the European Bison.

The power of the pangolin and your own personal statement - Pangolins are wonderful beautiful creatures that deserve our care. The third Saturday in February is World Pangolin Day. I want these critters to be saved from their endangered status because god damn look at this little fucker what a BEAUTY (wait I've been asked this before too) 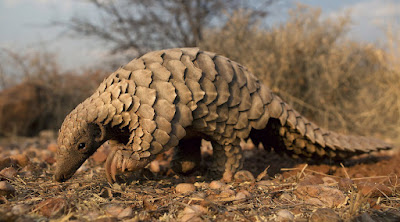 Lost skills you'd like to see come back? Either you personally or humans (of which you presumably belong) in general - My first instinct is to yell the words Critical Thinking or Empathy. I think, though, that maybe I am being facetious or illogical in thinking that either of those things was much more prevalent in the past than they are now. So let's go with the skill of knowing who to trust. (NASA over that guy you know who says the Earth is flat, e.g., or your family doctor over Suzanne from the MumsNet local page who says that vaccines cause homosexautism.)

What shows are you excited for this coming year? - Oh uh. I dunno. I haven't paid a lot of attention really. Masters Of The Universe? Picard? Next season of Dark Crystal?

Is global existential dread just a part of adulthood, and has it always been so? - Yes. It is my firm opinion that the human condition is centralised around insecurity, and existential dread is an extension of insecurity. The only way you are going to avoid such things is to either pay no attention to the world, or to have no awareness of anything. (I blog about this a lot.) (In fact I have been asked this one before I think?)

Favourite tabletop builds for various archetypes - Welder Cleric (offensive spells that can be fast-cast as healing abilities), Sword-And-Board Fighter (smack em with your shield), Rogue With Knives (seriously just rogues with knives), and one of my personal favourites, Combat-Centric Character With Psychological Issues In A Mostly Social Setting (because I like a challenge).

I read this as on the bog #mumofasevenyearold - I might be. You don't know.

The current political state of the world if it were a DnD campaign. - The world is falling to darkness. As hellfire sweeps continents and toxic taint seeps into the oceans, the dark powers ally with each other to take over one nation at a time, ruled by lords of deceit, greed and malice. This is not a quest to conquer a dungeon; this is not a quest to save a kingdom. This is a fight for the world, to prevent it from becoming the next level of the abyss.

Best "dad joke" - I bought some shoes from a drug dealer. I don't know what he laced them with but I've been tripping all day.

I've been told you shouldn't make dad jokes if you're not actually a father. Apparently it's a Faux-Pa - Included as a comment because frankly it's funny shit.

Favourite set of dice you've ever owned or come across - So rather than pick a set of dice that I own - if I play favourites the others will betray me - I will instead pick this set of dice that I would dearly love to own. Blacklight dice that, without a blacklight shining on them, just look like blank polyhedrons. 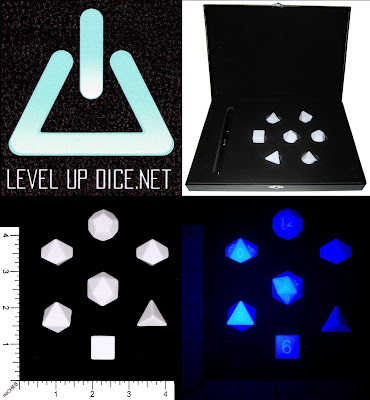 How can we divert course from dystopia to a utopian future? - I've been asked this one before - the answer is the same as last time.

You, the touch and the power - 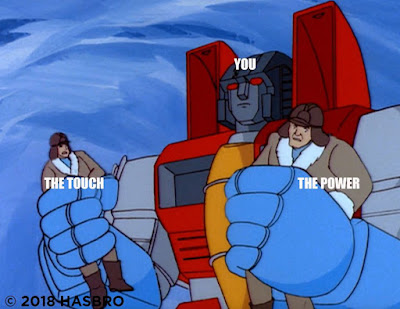 Time to talk day 6 feb 2020 - Time To Talk Day is a day for us to start talking more about mental health and breaking down the taboos surrounding it. It is uncomfortable and it is upsetting but think about how much worse it is if someone is suffering? 123 people die by suicide every day on average - that is one every twelve minutes. Think about that. If even one of them can be solved by talking, then we should talk. That's what the day is for. We should ALSO talk about how government funding for mental health solutions seems to involve 100% awareness and precious little treatment, too.

Why Justin shouldn’t suggest topics when drunk - I mean he can if he wants.

Who is Justin? - Dave's not here man.

Irrespective of my previous answer can I eat it? - I want it. I want the kebab.

Why are the two old ladies talking about shoes in Cowes on the 22nd? - I don't know, I'm not privy to the secrets of the aged.

Is there always a bigger fish? - Almost always.

From your point of view are the Jedi a) evil, b) a bigger fish or c) a bunch of self destructive smack heads? - All three. The Jedi are just rubbish. One of the weaknesses of the prequels is having to include Jedi - like not just some smart guys hiding on moons and spreading their own personal wisdom but a bunch of dickheads in robes making poor decisions on an industrial scale. Why are they the protagonists?

Wisest things said by fictional characters - I present to you a selection, beginning with Granny Weatherwax from Carpe Jugulum.

"It's not as simple as that. It's not a black and white issue. There are so many shades of gray."
"Nope."
"Pardon?"
"There's no grays, only white that's got grubby. I'm surprised you don't know that. And sin, young man, is when you treat people like things. Including yourself. That's what sin is."
"It's a lot more complicated than that--"
"No. It ain't. When people say things are a lot more complicated than that, they means they're getting worried that they won't like the truth. People as things, that's where it starts."
"Oh, I'm sure there are worse crimes--"
"But they starts with thinking about people as things..."

In reality a self sustaining oligarchy is the only form of government the uk has had since at least 1568, discuss - The signing of the Treaty of Adrianople? I mean I agree but I fail to see how relevant -

Why I married Nicholas Wright - I mean he's a nice enough lad, isn't he?

The couple that ....... together stays together! - "Is Good". It's not to do with the things you do or don't do together - some people are inseperable to the point of creepiness, some people are fiercely independent. The important thing is, not only, that you accept each other for who you are - but that you are genuinely OKAY with each other being who you are. When you can accept each other without reservation, not because it is what you have to do, but because you are genuinely at peace with where you differ and where you overlap. That... is how you stay together. (I do however recommend gaming! It works!)

Can I get a rat drunk with just the power of wine breath? - Yes. I mean. Probably.

Favourite quote and why. -


"Your pain is the breaking of the shell that encloses your understanding. Even as the stone of the fruit must break, that its heart may stand in the sun, so must you know pain."


Khalil Gibran, The Prophet. I don't want to lionise pain and suffering. I don't want to say that you can't hold wisdom unless you have suffered. At the same time - it is true, that without the context of what suffering actually is, you don't necessarily have the context to understand just how important it is to prevent or cure suffering. If you have never stared into the dark and known that you want your life to end, you can't grasp the full extent of what it is to save someone from the same. Without a crippling heartbreak, there is no You've Lost That Loving Feeling; without the darkest depression, there is no Black Hole Sun; without a plane crash, there is no Fire And Rain; without the tragedy of a painter at the mercy of his darkest demons, there is no Starry Night, and there is no Vincent. Would I rather be pain-free and have less context for, say, It Never Ends? Well yes - but if life is for poetry, if life means nothing without art, then I will take my enrichment where I find it. Especially given as the pain is a feature rather than a bug. 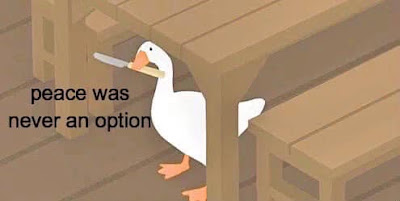 Studio Ghibli Netflix tie-in - ACCESS. Expanded audiences. YES. People can see some of my favourite animated movies that couldn't before, for whatever reasons. YES. And they started with two of my favourites (Castle In The Sky and Ocean Waves). YES.

If you'd care to share my blog with your friends, I'd appreciate that! If you'd like to thank me in a fiscal form for entertaining you a little bit, I do have a Patreon right here, but please - no pressure. Thank you for reading, and check my social media to the right to keep in touch.
Posted by John Aridi at 14:20