Darkness On The Edge Of Town

Recently I saw Blinded By The Light, and really enjoyed it. 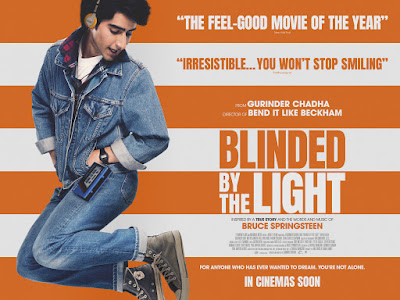 Well it's about a lot of things, but I guess the plot is about a young Pakistani man surviving the late 80s in Thatcherite Luton, trying to pick his way through life in between familial expectation, the National Front, and society in general - and almost accidentally finding a muse in The Boss himself, Bruce Springsteen.

Yes, Blinded By The Light is more famously a Manfred Mann Earth Band song from 1977. Yes, it is a cover of the Bruce Springsteen song from 1973, the first track on his debut album. It didn't do anywhere near as well as the cover. No big. I prefer the Springsteen version, honestly.

What did I like so much about the movie?

I mean the obvious thing is that I really like the Boss, right? Which I do. Also there's not a bad performance in this movie, like, anywhere. Really. 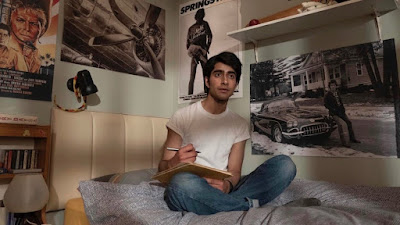 Like okay. I know that we are meant to raise our eyebrow when someone points at a character and says "that's literally me", especially if that person is fucking Rick Sanchez or something - but at the same time - I have been in the places that Javed has been.

Or at least a lot of them. Like it wasn't as extreme, but my parents did have a specific set of expectations that I wasn't sure I could meet, or even wanted to. Sure, I didn't have to deal with the National Front, but there were plenty of arseholes to bob and weave around in life. And I did, so desperately, want to write. I wanted the writing to be the thing I did. I didn't want to have to slot myself into something else and be that and shelve the writing.

There's the urge to run away from the stupid town that you are stuck in, as well. Like that is prevalent. A big thing. Including the Born To Run section, which literally involves Javed and his friends... running. Away. Just anywhere.

The other way in which we're alike is musical salvation.

So - no spoilers but there's this one scene wherein Javed is listening to music while working at a market stand, and Thunder Road starts playing in his earphones. And his eyes land on the girl he's falling for real hard, and everything clicks into place. Just for a moment. Everything makes sense.

Thunder Road, by the way, is my favourite Boss song. (And I had never heard it before a friend of mine introduced it to me like twenty years ago. You know who you are.)


Sure, in the scene in question, there's some dancing and some singing and this is where you realise this probably qualifies as a musical rather than just a movie with music in it. That's not the only scene, though. There's the moments of total loss and confusion and anger and sadness and there's this one constant thread of music that guides him through all of it, and when I say Literally Me, that's what I am talking about.

It wasn't just one artist, sure. It was a few. It's real, though. It's absolutely real.

So it's a story that just speaks to me. Speaks to me intimately in a setting I am familiar with and surrounded by cultural tropes that I am also thoroughly familiar with. How am I meant to not love it?

It might not be for you. The plot isn't exactly groundbreaking - that isn't the point - and if you don't like Springsteen then you will hate it.

I had a blast. 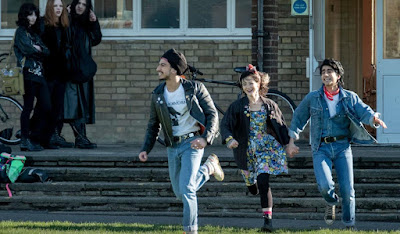 If you'd care to share my blog with your friends, I'd appreciate that! If you'd like to thank me in a fiscal form for entertaining you a little bit, I do have a Patreon right here, but please - no pressure. Thank you for reading, and check my social media to the right to keep in touch.
Posted by John Aridi at 12:25