A lot can happen in a week.

Black Lives Matter. The protests continue until real, actual change happens. So it should be. For a sense of scale - George Floyd was killed on 25th May, 20 days ago at time of writing.

For comparison, the Freedom Riders protest lasted for 7 months, between May and December of 1961, to protest the enforced segregation of public transport under Jim Crow laws. (If you don't know what that means - go take a read.) Pictured is what the white supremacists in Anniston AL did to the bus, for the apparent crime of deliberately not segregating passengers. 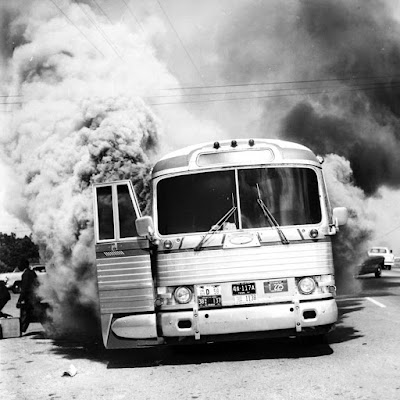 I don't know if anyone reading this blog is the kind of person that thinks the Civil Rights movement was in the wrong... but if you are, kindly, don't read my blog any more.

As mentioned. A lot can happen in a week.

An autonomous area of Capitol Hill in Seattle seems to be doing okay, despite Fox News (who haven't actually been there, according to those actually present) painting it as a remake of Red Dawn or Escape From New York. (Escape From Chaz sounds like a game that most people I know played in college.)

Protests are ongoing, continue to draw in large crowds, are usually pretty peaceful. Police in the US are starting to take out reprisals on people that have been marked as being at protests.

A bunch of media companies have decided that the racism inherent in their properties is, all of a sudden, not something they want people streaming, so it's been pulled down. This is apparently literally the fault of the protesters, depending on who you ask. As if five guys in bandannas walked into HBO's head office and refused to release the hostages until it was taken down.

And a statue of someone that most people had never heard of went for a swim in Bristol harbour. 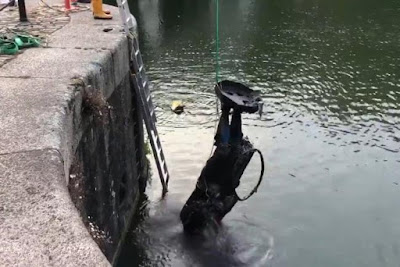 There's him being pulled out by the lifeguards.

Let's be clear, here. There's been multiple petitions and attempts to get the statue removed by more legitimate and less upset-the-neighbours means. This was just the moment when people decided that the red tape wasn't necessary any more; that Edward Colston didn't deserve that statue any more, and that it was time to do something about it.

Edward Colston - a slave trader and merchant, a Tory MP, who lived in the late 17th and early 18th centuries, dying in 1721. He was heavily involved in the Royal Africa Company, who enslaved at least 84,000 human beings for profit, and shipped them across the ocean. Nearly 20,000 of them died en route, and would have been unceremoniously dumped overboard, potentially even into the harbour that his statue took a dip in.

Yes. That statue. See, it wasn't put up during his lifetime. Despite it allegedly being for his philanthropy and all the good work he apparently did - small change for a man made fat and wealthy from the blood of innocents - nobody really seemed to care enough about him to put up a statue until 1895. Long enough that he and everyone he knew was definitely dead and gone; long enough to paint a rosy picture of the man. That way, none of those nice Victorian folk would have to think too hard about a bunch of their wealth coming from selling human beings like beads and cloth.

The thing about a statue - the real thing about it, rather than a plaque, or an entry in a historical society or museum - is that it is meant to imply a certain amount of reverence, or respect. Certainly the Colston one was. This wasn't the shameful display of a man made rich off the literal backs of human beings. This was a man who was being displayed as a pride of the community, a charitable philanthropist whose former crimes are wiped away because a small percentage of his fortune was spent on local causes, for whatever reason. That's what the statue was for.

So when Boris Johnson says that taking down statues "lies about our history", you'll forgive me for maybe thinking that he is talking directly out of his arse. His statement - just like the statue itself - is just a cover-up. Just like all the shows currently being pulled from streaming services. Just a sleight of hand, a smokescreen. 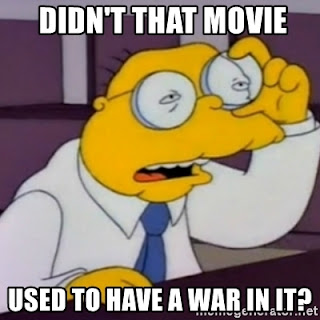 See... this stuff that has been pulled - the old episode of Fawlty Towers with the racial slurs, the blackface episodes of various and sundry comedies (I use that term loosely in the case of Little Britain) - these things were racist when they came out. These things weren't cool when they came out. It can be said about Gone With The Wind that it was "of its time", and yeah it was, but people in the late 30s still knew what racism was, and still knew that when they were doing something racist, they were doing racist shit. And that doesn't excuse Little Britain. I mean come on.

(To cover the basics now. Yes, blackface is racist. No, "White Chicks" isn't just as bad, and even if it is, that's one movie in the face of thousands of examples of blackface being used to denigrate and disrespect people. Here's a video that will do a better job of explaining why than I can.)

These shows, these movies, knew what they were doing when they did it. They have remained in place and unchanged for decades. It is now, and only now, that their rights holders and distributors have made the decision to pull their availability on streaming services. Not because they have suddenly realised that they were in the wrong - not because they turned on the news and saw the protests and had a sudden change of heart - but because they're afraid of looking bad.

That isn't change. That's nervousness. That's squeamishness. That's hand-wringing, and it's the same hand-wringing that people do when they see the statue of a slave trader torn down. It's discomfort.

But it also means they don't have to have the actual conversation. They don't have to take a look at themselves, as corporate entities and as people, and address the real problem. And that's what's important, right? Anything to avoid having The Conversation.

This will probably prompt eye-rolling and dismissal, but whatever. The truth is the truth. Racism isn't just yelling slurs at people. It's deeper than that, it runs very deep indeed. It is systemic, and it has very real repercussions.

It's because the government, and the media that is supporting it, has described the Black Lives Matter protests as riots - and the reactionary far-right riots yesterday as protests.

So I will leave you with this picture from Reuters photographer Dylan Martinez, of a Black Lives Matter protester carrying one of the aforementioned far-right individuals away from a rather tense looking struggle. 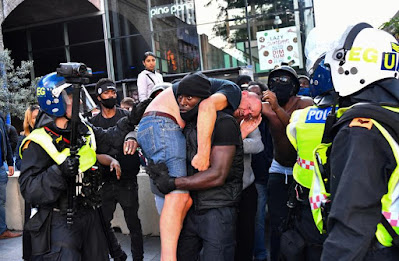 Imagine that this mob of angry white men is stood there, in the street. They hate you. They despise you. They want to beat you, hurt you, maybe kill you. They think you are subhuman scum. They want you out of their country, despite the fact that you were almost certainly born here.

And then one of them goes down in the street scuffle, and is hurt.

So you carry him out of harm's way.

And you're still the bad guy.

I'm not going to plug my Patreon right now. Instead I'm going to ask if you'd consider making a small donation to the UK BLM GoFundMe. It's a better cause than I am.

If you know what's at stake, stay strong. If you don't, do the reading and find out.