I'm going to open by stating that, more importantly than whatever drivel I talk about this week - Breonna Taylor's killers still need to be brought to justice, and this brand new spate of lynchings that the police are calling suicides is symptomatic of exactly the reasons why the protests were as universal and as large as they were. No justice, no peace. Black lives matter.

Okay, so... do any of my chronic illness / medicated / mental health people experience the thing where days and times kind of blur together into one seamless mass?

I've been having that a lot lately, and I've taken to calling it Greyspace.

No, not these greys. 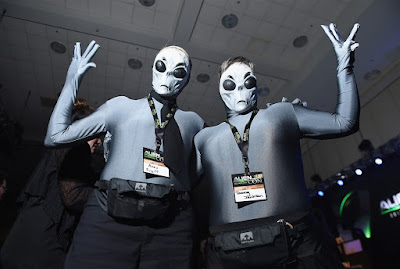 Basically... with Covid-19 making it a huge risk for me to leave the house - and I am significantly at risk, I already only have about 50% lung capacity - and a bunch of businesses and things closed anyway... days have been much the same. The only thing that changes is the news. So it's easy to forget which day it is, to lose track of what time of day it is. Which can be unpleasant.

What this has meant is that I have been running entirely dry in terms of inspiration. I haven't been much able to read, nothing has been catching my attention, writing has felt like it's required herculean effort. It's been a bit shit honestly.

So I was honestly at a loss as to what to write about today. Voices clearer and better than mine are tackling current issues; I can't speak with any clarity or closeness about the CHOP, or about Juneteenth and how it should absolutely be a national holiday (which it should), or about how the Trump rally in Tulsa was a monumental failure, or about how my government is just consistently failing at even the most basic tasks, without just repeating things that other people have already said.

Luckily my friends and accomplices on Facebook stepped in. And in an impromptu Readers Request - more like a Friends List Suggest - I'm going to natter about the things they said I should natter about.

The evolution of what it means to be a good father?

Appropriate given that it is Father's Day in the UK. Been almost eight years since my dad passed away too. I think that the core of being a good father remains pretty much the same as it always has been - be a supportive source of strength, that teaches the important lessons that need to be taught. I just think that the things surrounding that have changed. The nature of those lessons, for example.

We're breaking down a lot of the old impediments that were in our way to being whole people. "Never Did Me Any Harm" behaviours have come under the spotlight and found to be, actually, doing harm. We can talk about our feelings and our emotional states and be vulnerable - and we don't explode or melt. We are becoming better people, slowly. For the most part. And that has to be hard, because... well, my father was from the Lebanon, putting him firmly into the traditionalist kind of camp in this country. We are taught how to be parents by our parents, either by what to mimic or what to change. So there's a lot of deconstruction to do in the space between being raised and raising our own.

I don't envy the challenge, but I think it's good for the world that fathers can increasingly be less stern authoritarians and more human beings.

The importance of t shirt designs

Very important. I have a LOT of t shirts - honestly I am basically just a teenager from the nineties, 98% of my wardrobe is tees - and my favourite ones all have corporate logos from the Alien universe or the flight info from the Nostromo or whatever.

As a pride month fundraiser for Gendered Intelligence, TomSka is offering up a rather neat shirt that is inspired by his I Like Trains kid from the ASDFMovie series. That's a cool design. I should get one myself.

Boobies (sorry, had to)

Ah, a callback. However, I shall not pander. 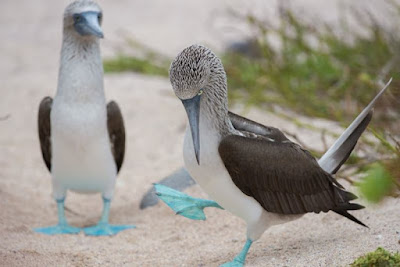 Current favorite tunes to listen to

Well - I am listening to RTJ4 on repeat pretty much, great album; favourites include Walking In The Snow and Goonies Vs E.T. I'm also enjoying No More Kings and CrazyEightyEight. A bunch of tunes by Goldfish. I guess if I'd have to share anything specifically right now - aside from protest tunes - it would be this, by Bakermat.


I dunno about the anti-taco propaganda... but...

What will the current UK government do next that kills healthy brain cells for everyone who hears about it?

No Deal Brexit. That's the agenda now, seeing as the government is bored with actually saving us from preventable COVID deaths, and will remain so until the big old wave from their opening up on last Monday hits us. BuT aT lEaSt We CaN bUy TiM tAmS

Favourite childhood film and how you think it may have impacted upon you in adult life?

It's hard to pick out just one but - let's go with the Goonies. Which is always going to be the first thing I think of when people say Sean Astin. Keep your Lord Of The Rings...

Oh, and pirates. Pirates are cool.

What you've done to diversify your world in the last 3 weeks. Any new favorite creations by black artists, or something that you wish to learn more about.

I have to be honest. My media consumption has been pretty minimal recently. This would be the ideal time to catch up on a bunch of stuff, educate myself, but I've been singularly lacking in the drive to do so. Which is on me, really.

Along the same lines, discuss Juneteenth, and the whitewashing of history. Esp from the perspective of someone outside the country

THIS I have done more of. I knew of Juneteenth before now but this is the first year I seriously read into it - of course it isn't taught as part of the curriculum here in school, we don't learn about our own history outside of a white-man context, let alone anyone else's. I'd like to see it turned into a national holiday.

Whitewashing of history is massive. The amount of people who love Churchill in this country - not DESPITE him having starved 3-4 million people to death, but with literally no knowledge of that happening - is testament to that. The statues and street names of slave owners, who are all held up as philanthropists and merchants, and when you ask - of what? People scratch their heads.

Even in this country we learn the state approved Thanksgiving myth, even though we don't celebrate Thanksgiving. Figure that one out.

A friend of mine recently aired the thought of, how many conservative politicians in this country come from families that were made wealthy by slave trading. I can say with a degree of confidence that, in a way, it was probably most of them.

Yorkshire. Please. (In all seriousness I'm not a big dessert man. I mean I am a big man. I am just not massively into dessert.) 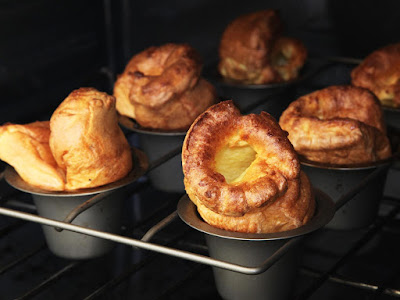 I think I've talked about my earliest memory before but - ONE of my earliest memories involves being in the garden at my aunt's house, drinking from a can of ginger beer an pretending I was really cool. And my idea of what was cool at the time involved having a ponytail, being really muscly and having a gravelly voice. Like a genuine unironic 80s action movie star. So like. Essentially I was pretending that I was Tim Cappello. 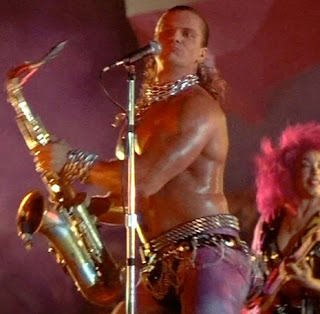 That's the big thing. Seeing people I know do okay, have their victories, make things they like and that people appreciate. Seeing people make their plans, talk happily about the online experiences they've had.

Seeing change happen, even if it is small, and being fought against by the powers that be; because in the face of a grinding constant push downwards, seeing the occasional boost up, even against adversity, even watered down by every possible measure, is a small victory.

The light of hope is small, and flickering, but it exists. And it doesn't always.

Thanks for putting up with me this week. It's been a splooshy one, in my brain. So. Perhaps something more cogent and relevant to current affairs next week.

If you'd care to share my blog with your friends, I'd appreciate that! If you'd like to thank me in a fiscal form for entertaining you a little bit, I do have a Patreon right here, but please - no pressure. Thank you for reading, and check my social media to the right to keep in touch.
Posted by John Aridi at 13:07