So when I was about eleven and that games and model shop still existed on Pyle Street in Newport, my mum bought me my very first GunPla.

PlaMo is a Japanese term for Plastic Models, and thus, GunPla is the term for Gundam PlaMo - and Gundam, well... Gundam is a bit of a phenomenon.

I was a kid, and I didn't understand what any of the terms meant, or where it was from. All I knew is that the 1/144 High Grade F91 Gundam was one of the coolest things I had seen IN MY LIFE. (Note: this picture is not my work.) 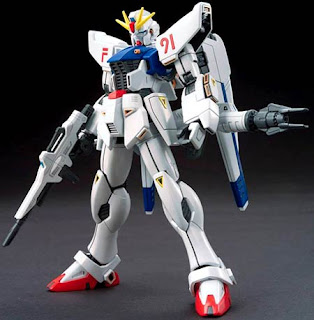 All I knew was, I saw it, and I wanted it. So I built it, and I played with it, and then for about six years I totally forgot that Gundam even existed.

See, I got into the plastic before I ever got into the series - into the twisty multiverse that is Gundam, the main Universal Century storyline that spans from Amuro Ray's first encounter with the RX-78-2 prototype Gundam mech all the way up to Victory Gundam, set over 40 years later. There's the other timelines, the alternate universes in which Gundams exist, including the (rather imperiously titled) Correct Century in which Turn A Gundam (my second-to-least favourite) is set.

It's essentially about a boy and his mech. Or sometimes a man. Or sometimes several men. Either way it is usually an adventure-centric sceries involving advanced mecha, almost always called Gundams or Mobile Suits, often piloted by people that shouldn't necessarily be piloting them, struggling against the forces that be.

It was the popularity of Gundam Wing, however, that really sparked my interest in the hobby. After watching the series back-to-front, plus the movie Endless Waltz, I just knew I had to get in on some of this. I mean...look at the design of some of these. 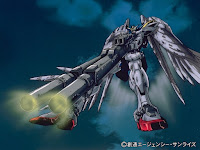 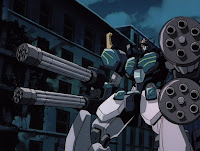 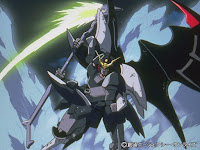 ...I mean yeah, I was a teenager. So my tastes have changed since. Either way, I fell in love with the design and the franchise all over again. It took a long time after that, though, before I started really building kits again.

I started re-watching my favourite series - the 08th MS Team, which rather than being about a boy and his mech is more like Vietnam in Gundams - a couple of years ago; and just on a whim, I ordered a little diddy dude from one of the side comics, who has always been one of my favourites. A fan favourite, nonetheless. An SD version of Gundam Astray Red Frame. 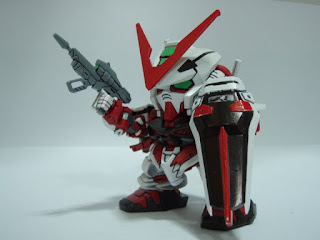 This picture isn't my work either. You can tell because this one is really well put together, really neatly panel lined, and looks great. My one kind of looks like crap.

It doesn't matter though. It was the rebirth of a hobby - and now I actually had money, time, and patience.

See, before I was pretty much popping the stuff off the sprues with my fingers and kind of cramming it all together in a vague approximation of shape. I didn't take a lot of pride in the actual finished result. Owning the article was enough. All that changed, though. I decided, if I am going to do this thing again, I am going to put things on my shelf that I am proud of, that I like looking at, and that I am not ashamed to show off. 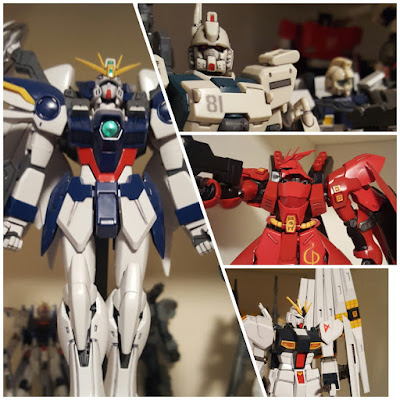 On the left is a Master Grade version of the Wing Zero Custom, from Gundam Wing Endless Waltz. Top right - the Ez-8 and Ground Type GM Head from 08th MS Team. Below them, the Sazabi and Nu Gundam respectively - the final weapons of choice of Char Aznable and Amuro Ray, the antagonist and protagonist of the original Mobile Suit Gundam series, and all it's Universal Century continuations.

I have more. I have a pretty big To Build stack, and I do have my dream Gundams that I haven't even ordered yet. That's the nature of the hobby though.

See, taking pride in the work - using the right tools to take the plastic from the runners, cleaning them up before they are fitted together, lining them to enhance the individual details, applying the decals and stickers properly - these things give me a product I am proud of. Tiny little individual works of robotic art, that share a common universe and a common theme. They don't do anything - they sit on my shelf and remind me of the cool stuff they did in the series they were featured in.

I've always been a fan of the robots. As the intro to Megas XLR reminds us: We Dig Giant Robots. Especially Mecha - the difference being that a robot doesn't have a pilot, while a mech does.

Robot love has been a big part of my life, ever since my favourite cartoon as a kid. (TRANSFORMERS! ROBOTS IN DISGUISE!) Science fiction has always been my staple genre of choice, and especially anything that involves big mechanical stuff like this. Mecha, though - well, shows like Gundam, Macross, Tengen Toppa Gurren Lagann, Getter Robo, Patlabor and Eureka 7 use those machines to tell stories about people.

I model the outside - the mechanical shell. That's what interests me in terms of building. The stories, though, are all about people. Pride, courage, ambition, fear, love, loathing. The hope that people can see through their differences by themselves, versus the urge to force them into a new age by any means necessary. The very real lives of those fighting the war, be it against tyrannical oppression or mecha-based crime lords (or even forces beyond our reality that see evolutionary races as a threat to the stability of the universe).

So when I look at the Astray Red Frame (as captured here in the trending photomanip app Prisma)... 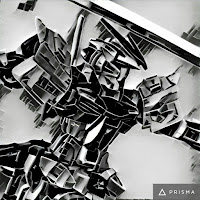 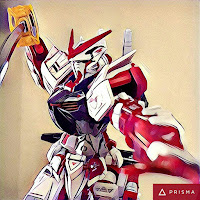 I don't just see a highly mobile Gundam with a big-ass sword and a cool-looking red V-fin stapled onto its pointy forehead. I see the pride and joy of Lowe Guele, fun-loving and easy-going member of the Junk Guild, whose talents with salvage and repair are legend and who trusts way too easily.

And when I look at these two... 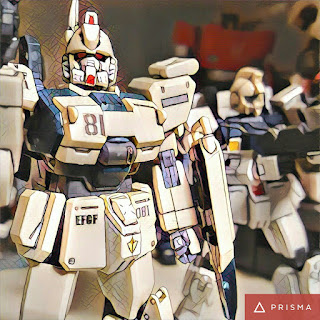 ...I see the Rx-79[G] Ez-8, the scrap-built and salvaged Gundam that Ensign Shiro Amada pilots in the later parts of the war against Zeon in the jungles of southeast Asia. Shiro Amada, who falls in love with an enemy soldier, and is viewed by the rest of his comrades with suspicion. In the background, Master Chief Karen Joshua's Rx-79[G] Ground Type Gundam - its head replaced with the head of a lowly GM's, after being taken off in Episode 9. One of the most impressive women in the entire series, a strong, dedicated soldier, who is ordered to terminate her commanding officer if he deviates from mission protocol.

...and it's honestly cheaper than going out on the piss every weekend. Hurts less too.

Anyone interested - there's a significant amount of material online that will reveal to you all the cool ins and outs of this franchise, both in terms of modelling, and the media in question. If you're not interested - well that's cool too, because honestly, this really isn't for everyone. This is me at my nerdiest, unless you engage me in questions of militaria, science fiction, or both. (Which this technically is, I suppose.)