So who remembers this scene from Who Framed Roger Rabbit?


The entire Shave And A Haircut bit.

As a joke that actually became a thing, we used the shave-and-a-haircut knock in several RPGs to test if the being on the other side of a door was sentient, because who doesn't know shave-and-a-haircut? It almost answers itself. It sounds so satisfying as a string of beats that it almost fills itself in even if you don't know what it is from or haven't heard it before.

Those of you who are following this from something I said on Facebook are probably nodding knowingly right now, and for good reason, for I've discussed this over there before now, and relatively recently:

The human brain fills in a bunch of stuff that you aren't necessarily perceiving.

Like you'd be amazed how little of what you think you are seeing right now is stuff you are actually seeing. A lot of it is just what the brain estimates is there, and it feeds you that instead of there just being grey fuzzy patches that you can't perceive at all.

So it's not so unlikely that something similar can happen with audio - and that this can be altered via conditioning. It's part of how we get used to talking, after all. How we learn how to communicate verbally. Our brain starts to connect things together, the language shapes our thoughts, and all of a sudden we have got these entire complex sentence structures inside our mind that inform us if something sounds right.

Which means that, sometimes, we can be conditioned into having a response to a partial sentence or even a single word.

And sometimes, that conditioning can come from something other than conversation.

If you are reading this blog there is a greater than zero chance that you watched Buffy the Vampire Slayer.

Which verse did you just riff off that sentence with? My personal favourite is the first one - it could be demons - but I know this one is a crowdpleaser: 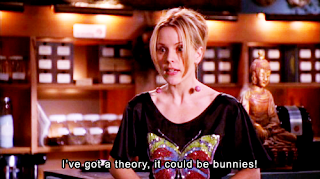 You start to see what I am talking about.

Now this can be a popular culture thing. It can be a way to identify if the people around you are into the same stuff as you, right? Like how long someone can draw out the word "anticipation" tells you that they have probably, at least once, also uttered the words Damn It Janet and meant them.

I mean, has anyone heard the words "Frankly My Dear" any time in the past twenty years and not known what the following line is? Has anyone not visualised a pair of San Dimas washouts playing air guitar when they hear the word Excellent? Are there, indeed, any spoons? I'm pretty sure everyone I know believes that there isn't, at least a little.

Is it ever game over, without it being Game Over? 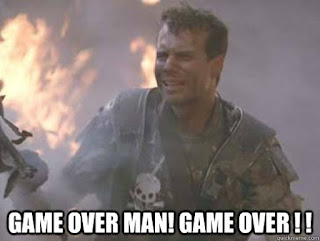 Who can hear the word Witness, without... 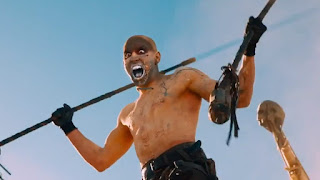 It's not just movie and TV quotes though.

A brief round of experiments:

Let's focus on that last one, shall we?

What song do you hear, when you think about the word, Stop?

Stuff like this spreads, too. People repeat things that are stated as a short sharp quote, when the situation calls for it, then don't know what it came from. A bunch of people I know have heard me quote the Goon Show without ever knowing it exists - after hearing any kind of clash or weird noise, following it up with a smug, upper-class, "And why not?"

You know what all this is, right?

This is why we know stuff like the Crazy Frog, despite hating it. This is why we all have a favourite moment from Only Fools And Horses, despite not having watched a full episode in a decade. This is why some people start laughing when they hear something that has no real humorous context, because it is so inherently tied to something in their minds that does.

This is all Memetics, people. Cultural information transfer. The communication of a shared culture through goofy jokes, memorable quotes, slapstick humour and song lyrics.

Just thought I would dwell on something vaguely fun and interesting, while my government guts the democracy it claims to be protecting and swears to break the law if it doesn't get what it wants.

If you'd care to share my blog with your friends, I'd appreciate that! If you'd like to thank me in a fiscal form for entertaining you a little bit, I do have a Patreon right here, but please - no pressure. Thank you for reading, and check my social media to the right to keep in touch.