Fair warning: what follows is going to be about my mental health, which is perhaps an ugly place to visit. So if you aren't down for that particular fantastic voyage, I'd check out an earlier blog. A further warning: this will include a frank discussion of topics such as suicide. Yet again, if you don't want to deal with that, don't make yourself. I'm not here to upset you.

I know that I have discussed this before, and I know that a popular definition of insanity is to do the same thing over and over and expect a different result.

A term I see used to describe depression, often, is numbness. It's a simple way to explain a complex scenario but - on the surface of it, I agree. You become numb to certain stimuli but not to others. If it's assumed that life's positive stimuli are the "default", then yes, you are numb, because that is the stuff that gets muted. Like flattening the top end of a sine wave.

All the bad stuff, though - that gets worse. Like, even minor setbacks become insurmountable problems or breakdown-worthy complications. If we use the idea of the sine wave - just move the entire thing down. The peaks are less high, the troughs are far more low. Our mountains are flattened while our valleys gouge deep.

That would be pretty bad in and of itself, right? Because that isn't just a thing you sack up and deal with, not if it is hitting you for days, weeks, months. It robs you of life. It robs you of Good Things.

And that isn't the final step.

Not by a long shot. 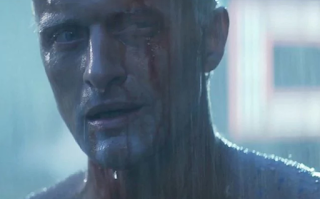 So with this dunk in your serotonin, stuff that is usually fun stops being fun, and stuff that sucks increases in suck. Which means everything takes a lot more effort. Everything is more tiring. In a brain that isn't working under these conditions, something coming up that you are looking forward to makes it easier to get to the thing, to do what is necessary to enjoy that thing. The drive to go do a thing, when your ability to enjoy the good stuff it will bring you is suppressed BUT your ability to suffer from the bad stuff is heightened, takes a huge hit.

Which begins a spiral, because you start doing less good things, which leads to less good things, and... well, here we start to understand how depression is a battle of attrition against the rest of your existence.

That's what it turns into. It chips at you, digs away at your ability to just go and do things. It erodes your will to take steps to make your life better or even just less sucky. It undercuts you at every turn. All of the things you want or need in a day, become a struggle, and sooner or later, you start to lose that struggle.

You ever wonder where the nihilistic sense of humour comes from, that a lot of folks that suffer depression have? It's about here. 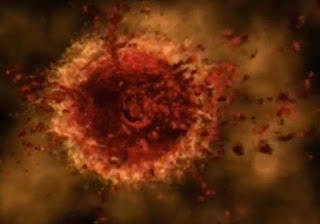 This is where we talk about something called passive suicidal ideation.

Suicidal - that is a very scary word, yes? A lot of people will freak out just from seeing it written down there. It's scary, and we hate to think that people we know have even considered it. When they actually perform the act (there's a reason I don't use the word succeed) then it is a heartbreaking tragedy.

The difference between passive and active suicidal ideation is relatively simple when we get down to it.

When you have little value for your own life, this passive ideation state is very common. Because life is tiring, and a bit rubbish, and you don't want to have to deal with it day in and day out. Like, you wake up and you are tired already. Great, right? Fucking great.

Some days it is worse than that, and those are the days when you can't really hide it. 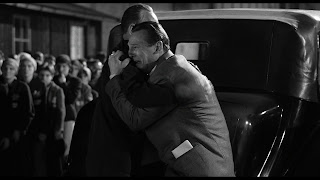 It is at this point that, those people I know who are wondering if this is a delayed cry for help or an indictment for not being sufficiently "there" or similar - this isn't that. That's not what I am doing here.

There's not a lot of helping. Not from outside. Nothing much you can do to redress the chemical imbalance that is kicking the shit out of our will to achieve anything at all. That's a very internal thing, and no amount of positive words, friendly memes or song-and-dance numbers will actively correct that. It's like an invisible switch in our skulls.

There just comes a stage when you are halfway doing something totally normal, like something that is just everyday and ordinary and shouldn't cause anyone any issues, even you... and it's like something pops, inside.

You want to break down in tears, right on the spot. Wherever you are. Your face contorts and it is going to be ugly. You grit your teeth and swallow and you tell yourself, no, not here. Not now. Not fucking now.

And if you're lucky that only happens once, and you can get on with your day.

That's only on real bad days, mind. But it's those real bad days that dig at you, because even the good days are only okay, and the okay days kind of suck. It's like working retail, customer-facing. You don't remember the 99% of customers who just wanted the thing, paid the fee, said thank you and left. You remember the jerkwipe that took it as a personal insult that you don't stock that brand that you've never stocked, and wants to talk to your manager about it.

That leaves the world looking like a cold place even at the best of times. 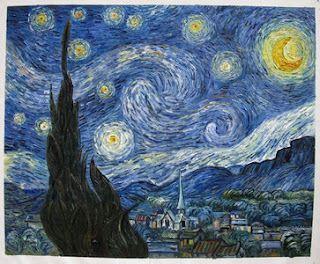 I don't know what sparked this particular quagmire of nonsense. Maybe it's the change of season - the Autumnal chill in the mornings telling my subconscious that soon shit is going to turn bad. Maybe it's because I experienced several minor triumphs in the last two weeks, including meeting some family I've never met before, and my brain is incapable of seeing that as just a thing that can happen. Maybe the universe rolled some dice and they came up Double Fuck You, and that's where my brain goes.

I don't know. It happened though.

I am mostly riding out of it, right now. Like, the less of a pit you are in, the easier it is to talk about the pit. Sort of.

If I had anything else in mind to blog about at the end of this week, it all kind of went away late Friday early Saturday. But hey, that's what this blog is for - and for god's sake, don't worry about me. I've lived with this since I was in middle school. It'll be fine.

Sorry. This one was heavy, and it doesn't have an answer or a solution, outside of this:

I am at this very moment planning on getting more help than I currently have.

There is zero shame in getting treatment for any medical condition. Mind, body, spirit.

If you'd care to share my blog with your friends, I'd appreciate that! If you'd like to thank me in a fiscal form for entertaining you a little bit, I do have a Patreon right here, but please - no pressure. Thank you for reading, and check my social media to the right to keep in touch.
Posted by John Aridi at 16:30