Never Did Me Any Harm

Hands up if you know someone that doesn't believe in climate change.

But there's people who genuinely believe that it isn't happening, that it is some kind of conspiracy to... achieve... something that is hard to actually define, and that images like this: 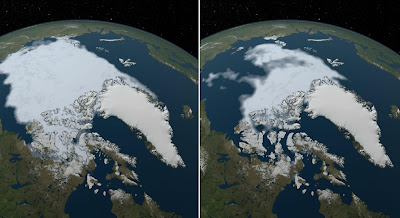 ...are faked by whatever agency is pushing this agenda.

Today, folks, we're visiting an old friend. I've blogged about insecurity several times before now, and about how it can pertain to some of the views I'm going to talk about right here. I continue to believe that it is responsible for a significant proportion of the thought processes that cause humanity the most problems.

More and more, in this day and age, we find evidence that we live in a post-fact, post-truth society.

I mean. Yeah. People have often flat-out ignored actual evidence and done whatever they wanted or thought whatever they wanted anyway. That's not new. It is just very, very obvious now - especially in an age wherein learning the facts on a topic can be done on the move and in mere moments, should the whim take you.

This is where the insecurity comes in.

Beating your kids is a bad idea. 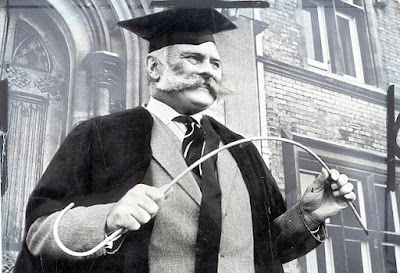 No, really. There's been countless scientific studies on the topic. Here's a Psychology Today article on the topic from last year. Here's another one from six years ago. Here's a New York Times article on it. They all agree. Smacking your kids won't actually help them behaviourally.

For purpose of research I googled the opposite - pro-spanking studies - and found a lot of opinions, and the odd link to those same articles featuring studies stating it is a bad idea.

However, I guarantee you that you can hear it now - you can hear people saying how it's ridiculous, about how children these days are too privileged because they haven't been spanked, how THEY were spanked and how it never did THEM any harm.

Well yeah. You can have that opinion. Science indicates you are wrong. Maybe the harm done was the willingness to believe that hurting a kid deliberately will have no long-term ill effects. That's called conditioning. You may believe it brings you closer to your child, too. That's called trauma bonding. The SS used it to train their soldiers to work as a unit.

Nobody likes being corrected. I say this with a degree of personal honesty. I hate being wrong. I beat myself up over it. I try and work out why I was wrong, try and justify my wrongness, but in the end - unless I want to live in a fantasy land, I have to admit I was wrong, and grow as a person.

Things I have been wrong about in my life include sexism - for a long time I simply refused to believe it existed, and if it did, then surely it made men's lives worse than women's. It took work for me to pull my head out of my ass. It was uncomfortable to admit that I was wrong - but once you get over that hurdle, once you address your insecurity and fix it, you can be proud. You learned. You are literally a better person for it.

One of the things that I think a lot of people are insecure about - and thus refuse to actually examine in themselves - is the narrative of suffering. Or, specifically:

I suffered. Why shouldn't they?

I hope Bill Watterson would forgive me for the usage of this Calvin & Hobbes strip, but it's relevant.

Well. Yeah. It might "build character". It builds the character that makes people want to hurt other people. It makes us form shaky relationships with others. It lets us believe that suffering is inherent to the human condition. It builds into us the notion that nobody is entitled to anything better than what we have. It blinds us to realities such as the, you know, actual harmful effects of the things that we're doing, as scientifically proven time and again.

But that leads us into a society built on ignoring facts that don't gel with our worldview. It means that, rather than try and face something down that would prove us wrong, rather than confront it and then adjust our behaviour and outlook to fit the reality of the situation - we double down. We throw our hands up, declare that we don't care what so-called experts say.

Then we make decisions on what confirms our own internal monologue, what conforms to our worldview, rather than letting our worldview be shaped by facts.

That's why there's so many people that believe that vaccinations are bad. Disregarding any and all advice by experts, they seek out the thing that empowers their own opinion, because they're too insecure to do otherwise. It doesn't matter that the one study that proved them right was rubbished by its own creator. It's easier to ignore the facts that challenge you - until one of your kids gets something awful because you didn't vaccinate them, but there's a whole subgenre of tragedy there.

That's why there's so many people that believe the earth is flat. Because if one relinquishes the notion that people can be scientifically right about a thing, if one dismisses the people that actually speak with a degree of knowledge and authority because they don't say the words you agree with, then you're left with a world looking however you want it to.

And that's why you can have TV personalities worth literally millions who make their money from confirming your internal biases, speaking to the truths that all the experts decry, telling you that you're right to think it never did you any harm, telling you that it's all the people who claim otherwise who are the problem, claiming that they aren't like those snowflakes who find everything offensive - who will have a screaming fit over a vegan sausage roll. 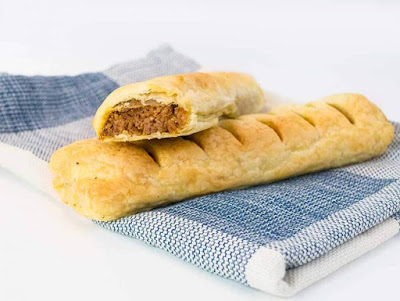 Society could be so much better. Our world could be so much better. Only it isn't going to be, because we'd far rather tell ourselves that we haven't been harmed, than actually treat the wounds. We'd far rather let awful things happen and ignore them, because those awful things happening either fit in with our view of how the world works, or they're happening to someone else.

It's the same drive to just shrug and carry on, to take the lashings of the men with the whips, without ever wondering why you don't take the whip and break it. Because it's more comfortable to not wonder. Because it's easier, and doesn't challenge our worldview. Because we're here, and because the people holding the whips have told us this is where we should be.

We're frogs in pots, and we're comfortable in the water. You're just imagining it - it's definitely not getting any hotter.

If you'd care to share my blog with your friends, I'd appreciate that! If you'd like to thank me in a fiscal form for entertaining you a little bit, I do have a Patreon right here, but please - no pressure. Thank you for reading, and check my social media to the right to keep in touch.