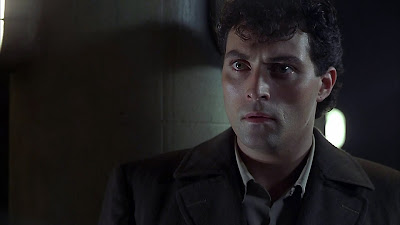 What's meant by this isn't the amnesiac question - no, we don't assume that the person we are asking this of has forgotten their actual identity. Not like John Murdoch here, from Dark City - a vastly underrated movie, and one that provides a surprisingly textured answer to that specific question.

Nor are we - necessarily - asking this in the rhetorical sense to imply that someone has done something that is usually quite out of character for them. Something Sam might ask Frodo when he clearly starts going off the rails in the Two Towers, trusting "definitely not gonna choke you in your sleep" Gollum rather than "actually the hero of this book" Sam.

For the context of this - how I am using it in my NaNo this year - this is all about the main character looking into himself to find out what makes him who he is. To try and work out what traits in there are his own, what has been put in by someone else - to ascertain his own character, after having been given enough breathing room to do so.

The difficulty he finds is that it is hard to just stand there, or sit, or whatever, and look at yourself, and go: huh, this is me. Yeah, okay. Cool.

You only tend to find that sort of thing out through exposure to stimulus, through being tested - stress tested perhaps. You don't know the strength of the steel until you find out how much force bends it, so on, so forth. All those old adages that bolt onto the notion of suffering building character.

It's a good way to show your readers what kind of a person the character is, though. I mean... 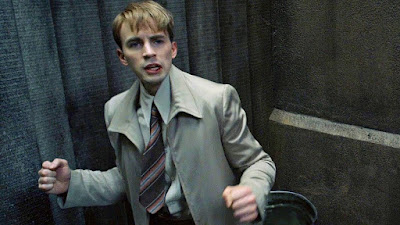 None of us can claim to not know who Steve Rogers is at heart. After all - he can do this all day.

(I know, talking about insecurity again, one might think I have a complex.)

A trap that a lot of stories can fall into is that the Who is shown, not by what the character does, but by what is done TO the character. A lack of agency. Being swept along by whatever is actually happening, until arriving at a point dictated by the narrative. Young Adult fiction has a mostly undeserved reputation for doing this - quite a vilified bracket of books there, given that I've seen more literary worth in those pages than I have in any book by Ian McEwan I've ever read.

So the individual - the character - feeling that they lack something... feeling that they have for too long been in an environment where they can't be themselves, but not necessarily knowing who they themselves ARE because of that... should probably try and find that aspect of themselves. And perhaps they will stumble upon it by accident - and sometimes they will think they know, and be proven wrong.

But for all those people who can't just... act, can't just define who they are by their actions... surely our characters can. Surely they can take that step, out of the shadow they were living under, and into a better world in which they are solidly defined. 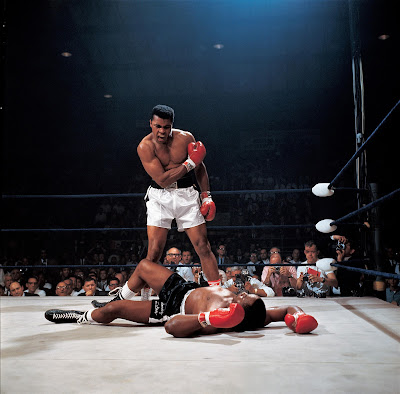 That can look different for different people, obviously.

My main character is starting to recognise just how cloying and smothering his past life was - living in the shadow of an egocentric narcissist of a father - and is currently struggling to work out the kind of person he is. He'll find out though. Sooner rather than later.

(If you want an insight into the world I am writing in, my friends are playing part of an RPG campaign that I am running. I'm typing up each session for the enjoyment of the outside world. You can find it here. Eclipse Phase - Before The Devil Knows You're Dead.)

If you'd care to share my blog with your friends, I'd appreciate that! If you'd like to thank me in a fiscal form for entertaining you a little bit, I do have a Patreon right here, but please - no pressure. Thank you for reading, and check my social media to the right to keep in touch.
Posted by John Aridi at 12:07