As always I am seeking to flee the awfulness that is the world at large right now by talking about something else entirely, and that is my perennial November activity...

Now most of you will know what this is, but for those of you that don't...

That's it. It's self-judging, though the website (I linked it above) has a mechanism that can verify for you. You don't win anything - all you win is your novel, written in first draft form, just all typed up and... wel, not nice, because it is probably a mess, but - written.

And that is the entire point.

So while the 50,000 words point is the official finish line - and for those keeping track, that's at least 1,667 words a day - the real victory is writing anything whatsoever.

I've taken part in the competition for years now. Decades even. I think my first attempt was 2003. There's a nice community around the entire event; people talk and encourage each other, swap tips, race with others. Some of the folks I have met through NaNoWriMo are still amongst my closest and best friends. (You know who you are!)

If you want to take part, you can talk to me, or check out the website, and... well, it's that easy. Just have a way of typing or writing 50,000 words in the month of November.

With the background done...

I'm writing about the end of the world. 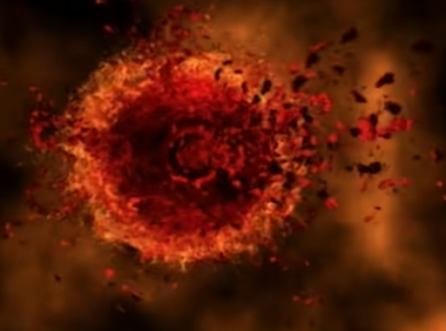 It's a contemporary drama, kind of lit-ficcy, about a young man from a dying coastal town in the south of England, who constantly sees the world ending - it's called The Hungry Sky.

Christian Sondergaard has lived in Goldsmith Bay for most of his life. He moved away for a little while but it didn't really work out too well; he has a checkered history that has seen few ups and many downs; and amongst his mental health laundry list, he has persistent hallucinations that the sun is devouring the sky - and has done ever since The Event happened to him when he was sixteen, something he has never talked about with anyone.

He knows it's just a hallucination. It's not real. Even as he sees the stars crashing down to earth and swallowing the land in fire and death, he knows that none of it is actually happening. It doesn't even register on his 3 most pressing issues.

Can he navigate a job that is actually three other people's jobs, for one single paycheck, without losing his mind?

Can he break through the two-year writer's block that has left him barely able to pick up a pen?

Can he and his girlfriend reconcile their differences and achieve friendship?

If you can't tell - I've been planning.

We'll see how it goes, this year. I think I am due back at work as England's furlough scheme is coming to an end - yeah, you wait and see how those Covid-19 figures look two weeks into November - and there's some nonsense about an election going on over the Atlantic and all sorts...