I listen to music to help me sleep. 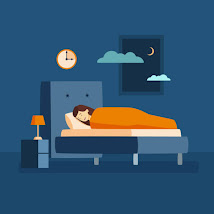 I know a lot of people need some noise for them to fall asleep. I can't do silence. I remember once upon a time, sleeping at my school buddy's house out along Priory Drive at Nettlestone - for those of you not anywhere near the Isle of Wight, that used to be a very, very quiet little berg. After nine, the place is quiet as the grave.

I couldn't sleep. At all. I found it impossible. Admittedly I was just coming into the insomnia that I currently still suffer from, so that might have been a contributing factor - but still.

So living in the middle of town suits me. I've lived on a main road; I've stayed in a house backing onto a busy rail line and I found that easy, no problem. I just need SOME noise.

I found out quite accidentally that some kinds of music really do help, when I actually settle down to sleep. 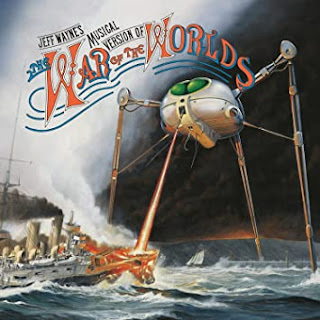 Yeah, I was as surprised as you are.

Other albums help me sleep; a lot of scores and soundtracks, including The Hunt For Red October, Kingdom Of Heaven, the game soundtracks to Anno 1800 and Frostpunk, and... also Schindler's List?

I dunno, it just helps. Has for years.

But I also have a Spotify playlist, named [zZzZz]. You can click the linky to give it a listen, or I will maybe embed it here?

But for those of you that don't use Spotify, here's the list.

Yeah, there's a lot of Zero 7 in there - three of them from the same album. Two RWR songs too. But I think you can see what they all have in common; lots of keys, lots of synthy sounds, and with two exceptions, generally a low-mid BPM.

It all generates a kind of mental soundscape; like a city, late at night, people outside moving around but none of it coming in to affect you. Like the world is going about its business, and you are safe to get the rest that you need to get.

I could (and maybe should) add to the list a little, at some point. There's a couple of Portishead tracks that would work really well, like Roads; some soundtrack songs that I wish were available, like Nightstalker from Ghost In The Shell.

Here's the scene from the movie it's from.

I've had to rely on music to get to sleep a lot more often than usual, for obvious reasons. So this has kind of been in my mind recently.

Just a small diversion from the world at large.