Supergiant And The Giants

If you're into video games, you may be aware of Hades. 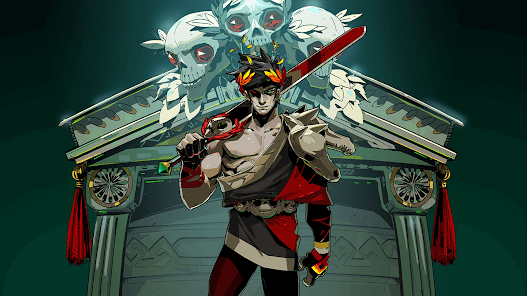 It's the latest offering from Supergiant Games, who also brought you Bastion, Transistor and Pyre; I don't think it is controversial to say that they are well-received and generally pretty great games. They have 90%, 86% and 85% respective scores on Metacritic, which puts them far and away above most current new releases with the exception of Spelunky 2. Hades itself is sitting there with a score of 92%, which is pretty great, considering.
As of a couple years ago, Supergiant had 20 employees. There's a couple of documentaries about the process they went through making and releasing Hades in Early Access - you can find them in a youtube playlist here - and when you see how few people are actually working on the game, it gives you a real appreciation for the amount of assets each of them must have been responsible for. Everything you are looking at - all of the artwork - has been worked on by Jen Zee and Joanne Tran; all of the sound design (and the voice of the main character) was done by Darren Korb.
And they made a FANTASTIC game, that gives most games put together by bigger games companies an absolute run for their money. It's helped by attentive writing, a focus on the mechanisms that you'll be using constantly as you play the game, stellar voice acting and music, and a strong drive and focus on what the team wanted the game to be.
Just take a look at these three - the furies, Alecto, Megaera and Tisiphone, as drawn by Jen Zee (as shared on her twitter).

In the documentary the team does talk about how it's busy, how meeting timetable and deadline is hard - but it never seems to be in an "I sleep in this office" kind of context. Of course, I admit that the documentary may have been misleading; but usually, that kind of stress is hard to hide in one-to-one interviews and candid photography.
Perhaps it is easier to avoid the crunch of having to put in sixty to seventy hour work weeks if there is no higher power to answer to; if the pressure of a release date is one that you set yourselves, to be within the scope of what you can accomplish as a team rather than what someone else believes you should be capable of - or any number of other reasons.
The fact is inescapable, though; crunch in the game industry is real, and a real problem. This article by Dean Takahashi for Venturebeat lays it out; 76% of game developers have crunch time regularly wherein the work hours exceed 40 a week, 13% stated they had done more than 70 hour a week crunch periods. And a significant proportion of them - 89% in fact - didn't actually get paid overtime. They got perks - food, additional holiday - but no additional pay. Some of them didn't get anything at all.
This is not a new problem. Here's an article from Kotaku on the topic from 2016. It talks about the reasons behind crunch, amongst other things.
Put simply, though; usually the developer will have a timeline of how a project is meant to go, they will have the capacity to take on freelancers to fill gaps, they will have the chance to cut content or extend their timeline if necessary to make sure the project gets finished to satisfaction...
...and that's great until you have an external pressures come in and hand down a bunch of extra work. 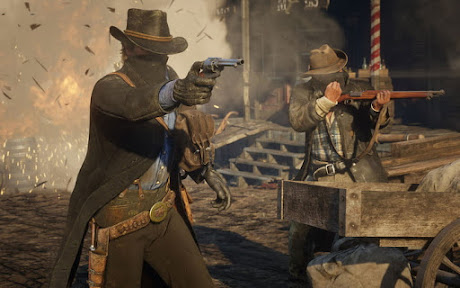 With some AAA games being as big as they are, it is easy to see how developing them would easily get out of hand. I can't even conceive of how much work it takes to make models look good, to allow for their customisation, to thread all the particular plotlines together, to get voice work done for all of those characters, to engine test, just... every aspect of making a game as big as, say, Red Dead Redemption 2 is beyond my scope of imagining. I know that Hades and RDR2 are totally different in terms of the scope of the game, but over 3,000 people worked on the latter - that's a lot of personnel to juggle.
The thing is, though - where it is so big, where it is being developed by Rockstar who seem to print money, you would think that such issues could be avoided. You would think that more people could be brought in, that an extension on a game deadline could be achieved, that the employees who are feeling the worst of the pressure could be compensated appropriately.
Instead, there were several parts of the game that were changed at the last minute, necessitating massively truncated development timetables and hundred-hour weeks from several staff. To get it all ready and finished in time for the date that had been laid down long before the measures were even conceived of being needed.
Several intersecting points of data, something has to give way, and as so often happens in the modern world - it is the person, the employee, the worker, that is forced to bear the load.
Don't think that Rockstar are alone in this, either.

How many games get put out and feel like they aren't finished? Lacking in features? Feeling kind of empty? Like you know there should be more to it, like you feel that you were promised more? Maybe you actually WERE promised more?
Fallout 76? Sea Of Thieves? No Man's Sky? Anthem?
There's a connection there, and I think you may be able to see what it is - even if each of those games suffered from different specific circumstances and problems.
No game developer wants to make a game that is bad, or unfinished. They want to put out a game that runs the way they envisage it, that people want to buy, play, tell their friends about. It's both the business model and professional pride. The people actually compiling the assets, writing the story, conceptualising game mechanics, animating effects - this is their art, this is their work. This ethos might not extend all the way to the top of that company's structure, however.
The game industry - which almost seems to be a whole separate entity to the actual making of the things that it sells - is fiercely, one might say savagely, competitive. It is catering to a market that can be highly fickle, that can decide a game is bad before it is even out of Alpha, and that has toxic elements that many distributors and developers are afraid of upsetting. After all, a significant swathe of the consumer base became muscle building and nutrition experts overnight after the release of Last Of Us 2 - it's amazing what you can do when you are upset at a video game.
Keeping them happy is obviously seen as more important than the health, safety and well-being of the people making the games that are being pushed.
So when we see games like Hades - like Carrion, like Stardew Valley, like countless other semi- or fully-indie games, developed by small teams and put out when they're ready, that are still good games... one has to ask: is it worth it?
Of course, if there were any labour laws that would truly protect the staff working for these companies, that would enshrine their rights and that would have to be accounted for by every step of the chain above them, things might be different. Then it wouldn't be about seeing the necks of the people actually doing the work as being the first, easiest sacrifice; then other measures might be taken. This, of course, is not a problem rooted in the game industry.
There might be something to be said about the purchasing public finding it less important for a game to come out on a concrete date - perhaps picked for marketing reasons rather than focusing on the amount of work that needs done. Maybe they might prefer a game to come out finished, of a high quality and without a staff that were abused and then fired to help it reach market.
I mean, Assassin's Creed Unity got shredded for not being finished; would it really have been worse if it was late? 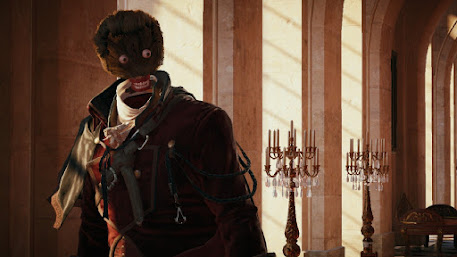 I don't know. Maybe asking for understanding and empathy from both the management and the marketplace is a losing exercise. Maybe I'm just being sentimental.
Just a thought.
Thank you for reading. Support your humble author via Patreon or Kofi, or follow social media on the right. See you next week.
Posted by John Aridi at 12:57