Yep, it's that time of year again - I am doing National Novel Writing Month once more, and this time, we're going cyberpunk, baby.

This will form part of a series of blogs about my NaNo project and about writing in general, each looking at themes I am exploring or generally find neat or awful respectively.

Now, with cyberpunk, we find ourselves in the corporate future.

Take this shot from the set of the original Blade Runner: 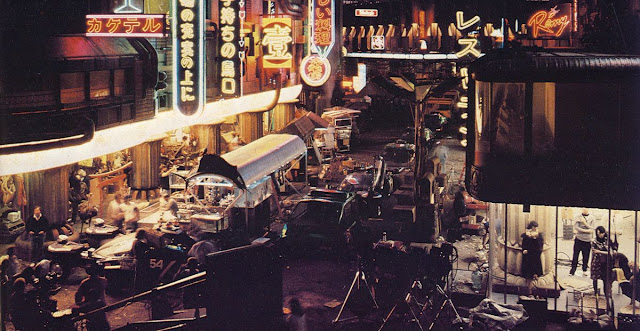 See how well-lit everything is? And can you see any actual streetlights? It's all shining down from logos and neons.

This is a theme that gets heavily picked up in cyberpunk and scifi. Neal Stephenson, in 1992's Snow Crash, labels the effect Loglo. Here it is demonstrated in the TV series of Richard Morgan's Altered Carbon:

For comparison, here is what I believe to be Tokyo, circa 90s: 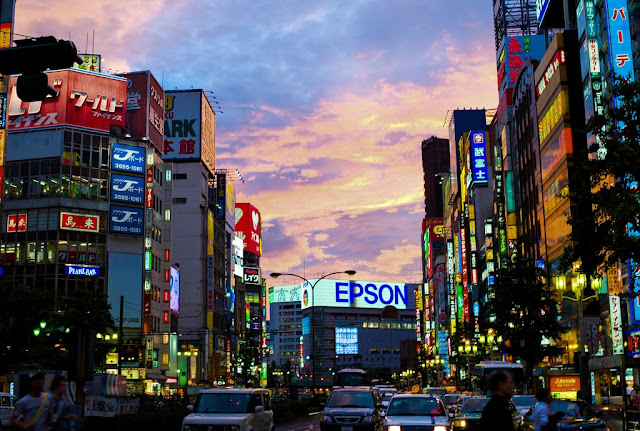 I have gone on record before as saying that I believe the cyberpunk future to be the future we are heading into.

Picture this though. Picture the far future. Not the relative near, wherein we are still Earth-centric and our values are pretty similar to what they are today. Wherein the things that trouble us are also relevant to what they would be today.

Instead let us turn our eyes hundreds, if not thousands, of years into the future - a future based on the notion that, today, now, the corporations win. Massive business entities made out of hundreds of different individual corporations handling the exploration, colonisation and habitation of spheres beyond Earth. I hope that doesn't sound too out there, given that SpaceX exists. How big a jump is it, really, to go from SpaceX to something like...

So if one single company colonises a planetoid, builds all the homes there, makes it breathable, makes it habitable - is there still going to be a monopolies commission to make them let other corporate interests take root in the soil that they themselves made fertile?

Given how the world is going, I daresay that the law against monopolies will be left on Earth.

So this business ends up basically owning this entire planetoid, be it a moon, a large asteroid, an actual planet, whatever. And it can either let other businesses in, or it can just...do it its damn self.

Lets say that the company that ends up owning Titan is Nestle. I'm sure you have all seen this rather scary image. 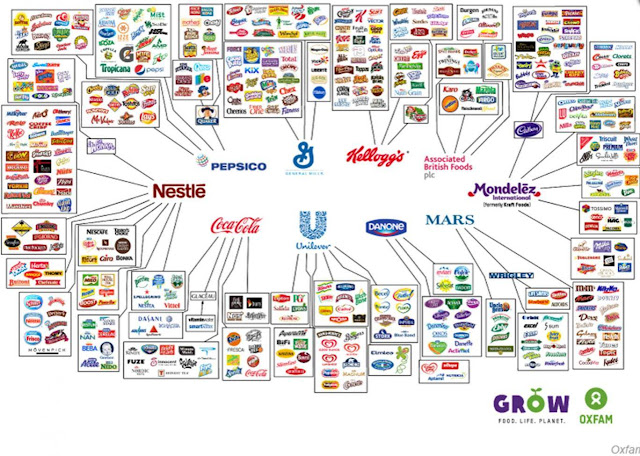 Now this is just food and drink items, but it shows what a spread of products each of these individual large businesses has under their purview.

So lets say Titan needs places to live. Good news, one of the subdivided companies actually has a wing that deals entirely with housing. The people that live there need places to eat and shop, which is good, because another subdivision has both a chain of stores and a chain of bars and fast food restaurants.

These people need to work, though - and only so many of them are needed to actually "service" everyone else. Which is great, because Titan has plenty of natural resources to exploit, and there's plenty of business opportunities! ... for the processing and manufacture divisions of the company.

Who gets to tell them no? Who goes out into the solar system and rocks up to every single settled planetoid and demands that the company that literally built everything on it needs to let in competition?

The company gets to be the law, here. Gets to be the judge and jury. And one might assume that the way a business gets to be the one to settle, say, Titan is by a bidding system. That the colonisation rights would be put out to tender, and whoever can afford / make the best case for the rights, gets them.

So you, the normal person, some fifty generations after settling - you have grown up knowing nothing but the company. You've only ever lived, eaten, breathed, worked around company territory. You pay them rent out of the pay they give you for the work you put in. And whatever central government exists doesn't have to care about you, because you are the sole responsibility of the company that bought Titan.

Or Analog Incorporated, the company that bought the civic rights to Corpus VIII's second moon. Auroch, a moon with an atmosphere that is breathable and survivable but that has no magnetosphere and can't shield you from very rapid death from solar radiation. You can't go out by day - which is okay because a significant amount of time is spent in eclipse behind Corpus VIII, a gas giant.

The company doesn't have to pay for street lights. It has its own logos to light your way.