Through Fresh Eyes (Or, Love For Giant Robots)

So it is an important part of life to be able to reassess what you think of something based on new information.

I mean, that is how it is meant to work, right? It's how science works. If something doesn't work how we thought it did, we look at it again, and we base our attitude going forward on the actual facts rather than what we thought used to happen.

I mean we already do this, in a way. There's stuff that we loved as kids that, these days, we have to concede doesn't suit us. For whatever reason. Sometimes it isn't even just having grown up with more and more complex stories, and finding that the stories that we used to enjoy don't really satisfy us any more. Sometimes it can come down to understanding nuance better, learning about racism, and then watching Aladdin again. 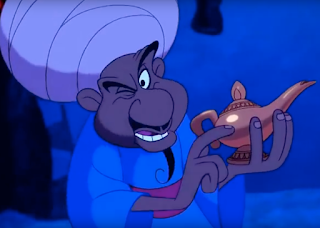 This doesn't always work negatively, it bears mention. Sometimes we go into a movie or listen to an album, and we've got preconceptions about it, and that can sour the experience. The initial consumption of a thing can be put off by any number of things. Big up to my fellow mental-health individuals, for whom the difference between being able to take joy in something and being unable to is basically the toss of a coin - on a bad "head day", nothing is good and everything sucks.

When it comes down to your own creations, fresh eyes can be very important. It's why beta readers are heroes, as viewing your work from a single perspective can harm it. A certain amount of self-evaluation can help, too. Distance one's self from the work, do something else for a while, then look back at it - what didn't you notice before? What mood were you in that carried over in the work? What had you recently watched or listened to that influenced you?

A piece of writing I am currently working on is centred around something I really dig. 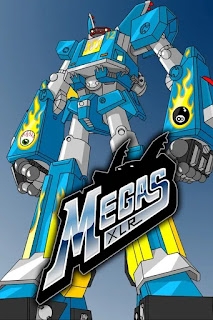 Well over a decade ago I was working on a mecha-themed series of novels. I was kind of wanting to go for a Starship Troopers / Ender's Game feel from it, the first book of the series being set entirely in training. It followed the trials and tribulations of a young man whose father was a legendary but controversial general. His struggles included trying to step out of his father's shadow, trying to work out why he was such a gifted mech pilot, and college level romance.

Yeah, see I read that back and I cringe, real hard. I put that series on the shelf after nearly finishing the first book. Just didn't have the heart to finish it.

Still, I keep returning to the genre. Mechs have fascinated me since I was a kid. It's my jam. The use of the training academy / boot camp as a setting appeals to me a lot, too - look at Full Metal Jacket and Forever War.

So when I came back around to wanting to write something similar - years later, at the beginning of this year - it was definitely with a new outlook.

For one thing... I have stopped making sad white boys the main characters of my book. 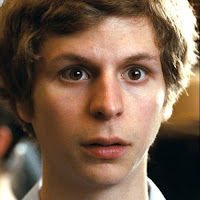 I mean, this isn't an indictment of depression as it affects people, nor how a specific group of people deal with it. I just wrote from that position by default. Having queried that in myself, I couldn't find a good reason to keep doing it.

Also I noticed that my main characters from that period were all... somewhat lacking in any driving force or agency. They just kind of let things happen to them, and even when they did things, it was with a kind of diffident blase attitude. They were surrounded by people who were driven and smart and strong, and they were just... unwilling to do much other than toe the line, until their super special talents kicked in.

The robots aren't the problem. My attitude to character was.

All that has changed, if only because in the past ten years I have opened up to a far wider scope of characters and stories I want to tell. Some of them might not be my stories but - hey, I'm never going to pilot a mech, am I? And the least I can do is, at various stages in creation, involve the people who are closer to the things I'm writing - and get their thoughts on it. Because fresh eyes, see? Keeping to the thematic of the blog.

The prologue of the new work is here on my DeviantArt page - but it doesn't really convey who Tori Claymore really is. It's enough to make one curious, I hope. What I am hoping I can do with The Heart Of The Star (working title) is to properly convey the characters I want to see in the world - and thank you Marvel for giving me a fantastic spread of artwork to delineate who those characters are. 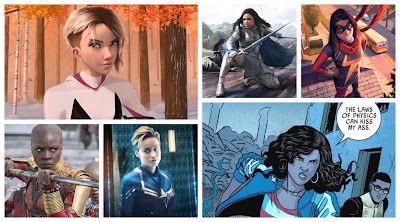 That's hardly a complete list, obviously. I don't have a week to compile a top 50 list of most badass women and hunt down the best pictures for each of them that I can. Suffice to say, you all know what I am talking about, and yes Ripley and Vasquez make it onto that list too. 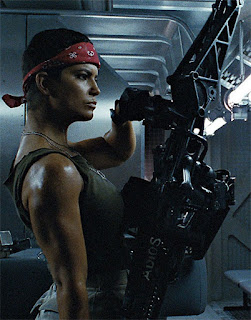 Sometimes that's what is required, to make an idea work. To keep the kernel, the seed of the thing - but to change the soil it is planted in.

That's the key to growth, right?

Fresh eyes, for the love of giant robots. See I even worked the title into the body of the text, that's Oscar material right there. Damn!

Drafts of the work as I, uh, work on it will appear exclusive to my Patreon, but also may appear on request if anyone is interested. It's a thing I can waffle on about for ages, you know me.

If you'd care to share my blog with your friends, I'd appreciate that! If you'd like to thank me in a fiscal form for entertaining you a little bit, I do have a Patreon right here, but please - no pressure. Thank you for reading, and check my social media to the right to keep in touch.
Posted by John Aridi at 13:18