Why Would They Do That?

I think that one of the key parts of fiction - and perhaps of life - is understanding motivation.

Part of enjoying a character is understanding them, grasping who they are - and following that, understanding why. Inigo Montoya, as demonstrated above, has who he is writ on his sleeve from the get-go. You learn more about him later, obviously. More depth is revealed. The important thing, though, is you know why he is doing what he is doing.

And a strong driving motivation is good. Right? Like, it helps a character move in life. It's hard for them to be dynamic and proactive if their main goal in life is Like Whatever. Why are you here, pal? Why are you doing what you are doing? Why should we care about you?

Consistency is important here, too. Like, if a character is going to have to change what they want or what they are doing, it should be for a good reason. The story should show you that. There should be little doubt - and if a change is sudden, it doesn't hurt to acknowledge the fact.

You know a movie that has a bunch of characters with easy-to-understand motivations that absolutely rocks? 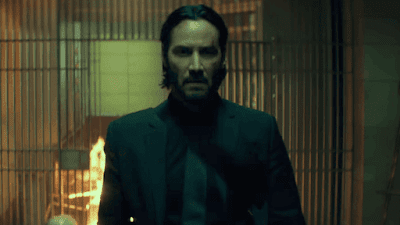 Great film. If you can get past the, uh, reason why he is motivated to absolutely fucking end Alfie Allen's entire fucking existence. But once that happens, you totally grasp WHY he wants to murder the eternal shit out of Theon Greyjoy. In fact you are practically begging for it to happen, because Alfie Greyjoy is such a scumbag that I'm fairly convinced he'd run as a local UKIP candidate (OH SHIT POLITICS KLAXON).

You kind of understand why everyone does what they're doing, in this movie. Iosef (Alfie FUCKING Allen) is the exact kind of weak-ass pathetic shitweasel that would absolutely steal a mans car and do, uh, what he does, just because that guy stood up to him. His father Viggo is a Russian mob boss, torn between survival and familial duty. There's precious few moments where you are left confused.

That's just good writing. Combine that with the absurdly beautiful cinematography, the fight choreography that redefines an entire genre, the soundtrack oh god the soundtrack and one of the best performances ever put in by Keanu Criminally-Undervalued-As-An-Actual-Actor Reeves amongst others, and it makes John Wick one hell of a film.

...sorry, I got distracted.

Anyhow, it is part of - as best I can tell - why people feel Gang of Throne ended so poorly. The consistency. Or lack therein. A bunch of complicated characters with conflicting agendas all of a sudden forgetting several key parts of their motivation and how they feel about, well, anything. If only there was a character who could use some kind of mind control to manipulate how people acted, a thing that could be used to justify the personality transplants that several Thronefolks seem to undertake... 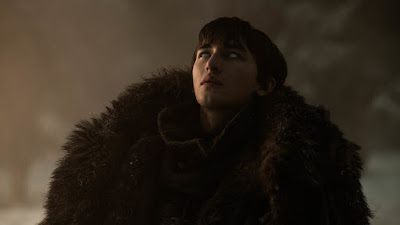 All this is about writing, of course. It's about making your characters either easy to understand, or making them compelling enough to stick around and find out why they are the way they are. If someone just shows up, and we have no idea why, and we have no reason to care - well, why? In fact, sometimes the only thing you need about a character is their motivation. We didn't know anything about what the Winter Soldier was, or who. All we got was how he locked, the music that played when he showed up, and the fact that he is 100% here to FUCK UP YOUR DAY.

All of this said... what is scarier than being totally lost on someone's motivations in real life?

Like, that's the thing, isn't it? Not knowing why someone does what they are doing? Why mass murderers mass murder, why war criminals think it's okay to use white phosphorous, why that guy at the bus stop says racist shit to the nice lady waiting for the next bus? Why anyone would put toilet paper on the roll the wrong way? (You know what I am talking about.)

Why would someone gleefully strike down equality legislation, make people's lives objectively worse, deport people that have every right to live here, make an environment hostile to people who are literally allowed to live here, and simply shrug over literal deaths on her watch...

...and then only cry when she announces her resignation? 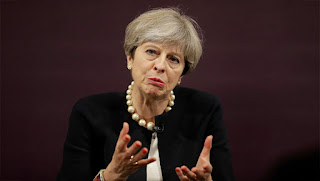 Sometimes it isn't even that we don't understand a motivation. Sometimes we understand it just fine - and we hate it.

It's just easier in fiction.

If you'd care to share my blog with your friends, I'd appreciate that! If you'd like to thank me in a fiscal form for entertaining you a little bit, I do have a Patreon right here, but please - no pressure. Thank you for reading, and check my social media to the right to keep in touch.
Posted by John Aridi at 00:32