This is gonna be a short one, but bear with me.

So on her birthday, the girlfriend and myself were playing Monopoly - it was a computerised version, so we had a couple of computer players to roll against. If you've ever tried to play two-player Monopoly, I am sure you will understand why.

She crushed me at it, but that's beside the point. 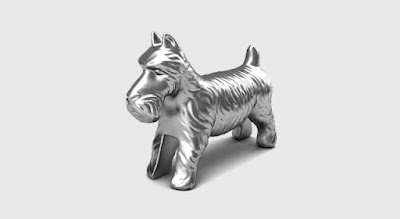 So the computer players were, as you might imagine, not ideal. They weren't great at playing the game in general. They were a touch too willing to accept offers for properties. One of them went bankrupt real early on, not so much through fault of their own, just the way the dice rolled.

The other computer player, though - they consistently have a significant lump of cash in their wallet but... not a lot of properties. Like four at most at any point during the game. Part of that was probably bad luck but another part was bad decision-making on the CPU's part. I ended up glomping a few territories from him, and so did the girlfriend, and he didn't seem to mind much.

So it comes to the stage that he's got literally two properties. Both on the same block.

So I put in an offer for one of them, to see if it will take. 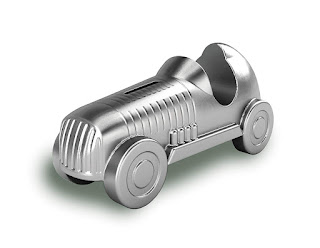 I put in an offer for the next one the next turn. By this point I am pretty convinced that the computer has no idea precisely how badly this will screw it over. Still I am a little surprised that this one gets accepted too.

So there he is. More money than both the GF and I put together but no properties, and only like... two on the board that haven't been bought already.

We keep playing, and that's when the epiphany rolls in.

He's beaten already. He's done. This dude is out of the game. All he is doing is orbiting, pouring money into either my pocket or hers, until eventually he runs out. All we have to do, is not sell him anything. Not let him in on the position of making that money. Keep him out of that loop, because everyone has to PAY - just not everyone gets to PROFIT. 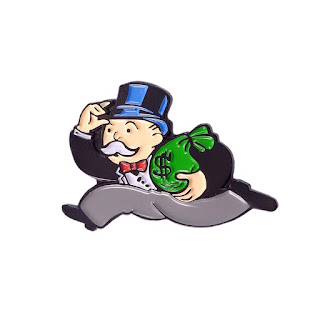 And I am claiming that, my sadness over how stark this poor computer player's situation was - how much it runs over into the real world, and the gulf between classes that exist - is why the GF pummelled me so badly at the game.

Definitely not cos she's better at it than me.

(She's definitely better at it than me.)

If you'd care to share my blog with your friends, I'd appreciate that! If you'd like to thank me in a fiscal form for entertaining you a little bit, I do have a Patreon right here, but please - no pressure. Thank you for reading, and check my social media to the right to keep in touch.
Posted by John Aridi at 22:27