A Whole New World (Of Hurt)

As I mentioned a couple blogs ago: I love the process of planning a game. 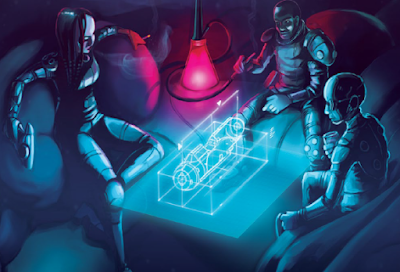 Just taking the world as it is presented to you - reading through the core book (or whatever other setting books you have to hand) and extricating the stuff that speaks to you, the stuff that you can do something with - I take a significant pleasure from that. A joy, almost.

Like, I am sure this is a similar thing that people get when the series of books they are reading or TV series they are watching breaks new ground, or shows them an interesting place or set of characters. When the clues start falling into place about who runs things, why it looks the way it does, what moves behind the scenes.

It is at this stage that I start having to ask myself questions. 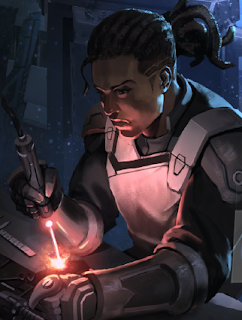 Where should my characters be? Is it a place they actually want to be? What cool things can happen there? Why does this place work as a setting? How does this locale make their lives easier, or harder? What kind of people inhabit this place? What facets of society do I need to emphasise?

Usually by this point I have started to put together NPCs - I'll already have one or two based on what people have told me about their character. Now's the time to double down on that. They are in Place A, so I need a bunch of people that work with Group B, and a whole bunch of folks with Criminal Organisation C.

Now, the physical locale is important - but it's the people that make it. It's the people that your players are going to interact with, and remember. Antagonists and allies (and bemused bystanders) alike. That's why it is important that you should, not only have a whole bunch - but also kind of like them. Memories of certain NPCs will linger. NPCs like Golden Knife, the brutal Triad boss, and Cole-626, a psychic nutcase who took a liking to the bodies that one of my PCs was trying to acquire.

I mean, there was also this guy, who wasn't an NPC at all. But look at that face. Cadence, you absolute shit. (Yes he looked like Jinnai from El Hazard, the only bit of art in this or the past blog that ISN'T from the Eclipse Phase team.) 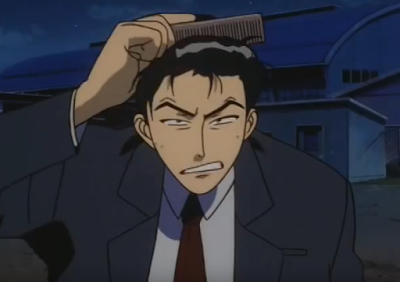 Names are important, for NPCs. I knew I was going to need a lot - so I recently put out a call asking for names, and sure, some of those names were dumb. This is the internet, after all. Some of them, however, were solid gold. A bunch of them will get used.

The names can tell people about the NPC in question, or about the setting, or about the prevalent culture. The names can have stories behind them. This being a future in which you kind of get to dictate who you are rather than having it dictated to you by external forces, a lot of folks go by nicknames.

There's BluePink for example. BluePink is an uplifted octopus - an octopus with the intelligence of an above-average human, sentience, sapience, and full rights of existence across the more civilised (less corporate) bits of the solar system. BluePink has a different full name but it is expressed using the chromatic skin that octopi have, so he has to shorten it for you poor normies that can't speak octo-chroma. 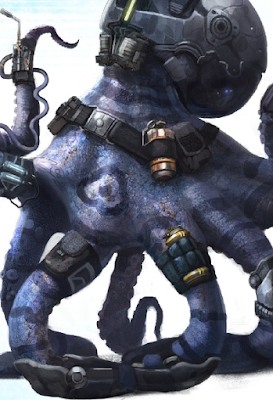 Stories start happening, right there, as you put your people together. As you draw in personalities with different agendas, different ways of seeing the world, different power levels, you will find conflicts and alliances forming naturally.

That's before you start asking yourself the big questions about plot.

The game itself offers you a big metaplot to dig into. It asks questions. It sets up significant conflicts, that your characters may well fall on one side or the other of without your input. It gives you all the tools you might need to spin out a story of political intrigue, violent revolution, total war, alien horror, creeping dread or criminal enterprise. It's a brilliantly in-depth setting like that.

That comes down to your characters, too. What do they care about? What do the players playing them care about? Does it seem like your mob of characters are primarily criminals that pay only lip service to the law? Are they mostly fun-loving anarchists that get their kicks ruining authority figures? Are they all gloomy ex-military types that drink too much? Do they have a shared love for alien artifacts and xenoarchaeology? 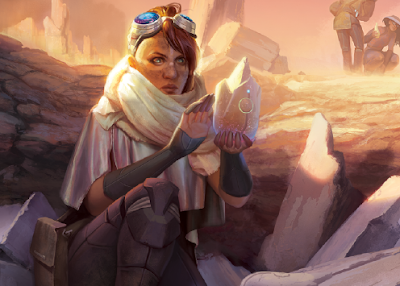 Now, I have my characters, or at least I have their basics. Unless any of them have last-minute changes of heart, I vaguely know the circles I think they will want to move in, and I can totally use that. None of them seem terribly opposed to each other, which is always good - you don't want to have to deal with PC conflict unless you really have to.

So now I get to immerse myself in this world, mostly crafted by the folks at Posthuman Studios, put through the lens of my own mind, flavoured with my characters and a dash of what the players at my table are bringing me. That gets to be where my brain goes for however long this game runs, and it is gonna run for a while.

This is my happy place.

And if you're not on board for this, you may wanna give me a clear berth, because guess what I am writing about for National Novel Writing Month? 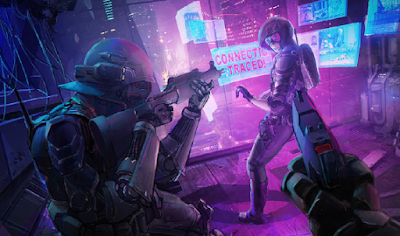 If you'd care to share my blog with your friends, I'd appreciate that! If you'd like to thank me in a fiscal form for entertaining you a little bit, I do have a Patreon right here, but please - no pressure. Thank you for reading, and check my social media to the right to keep in touch.
Posted by John Aridi at 13:32