We Manufacture Those, By The Way

If there's one thing the movies of the late seventies through early nineties taught us - especially sci fi and horror movies - it's that we know exactly where humanity's enemies live.

No, not this one. 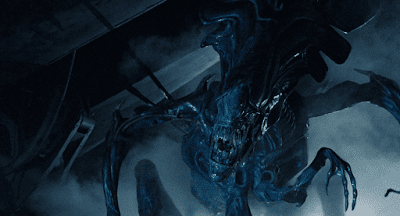 So a little background. This is stuff that, if you like the Alien movies but you don't like Prometheus, you might have missed - but it quite cleverly frames how the entire universe came to be the way it did, and why things are done the way they are done.

This is Peter Weyland. 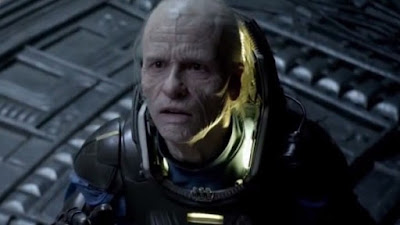 Yes, I am using his old-man picture, rather than the dashing flashbacks we are treated to in the TedTalk spinoff video and in the beginning of Alien Covenant.

So - we all remember the beginning of Alien, when the crew all wake up in those sleeping pods, blinking sleep out of their eyes, finding out where they are, how long they have been out. We remember Aliens, wherein Ripley's pod is discovered drifting in space, and she is all safe and secure inside.

Those sleepers exist because of Peter Weyland, because Peter Weyland had two wishes: 1) to live forever and 2) to meet the beings that made mankind. Literally, the technology was developed for him, and in part by him, to allow him to survive long enough to make this happen. This is because Peter Weyland - founder of Weyland Corporation - has a god complex, further shored up by him being obscenely wealthy.

He made his OWN life, obviously. The Weyland line of android synthetics, beginning with David. Why wouldn't a man believe he was god if he could create his very own servant underclass that was expected to be superior in skill and capability but inferior in power and importance?

And in part, Weyland's quest for those creators - that he fully believed existed - led to a colonisation program that spread mankind across the stars.

Of course we are perhaps more familiar with the merged company, Weyland-Yutani. 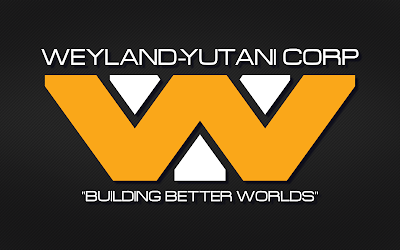 While the first AvP film features one of Peter Weyland's predecessors, the second (vastly inferior) AvP film features one Ms. Yutani, of Yutani Corporation - who takes possession of a piece of Predator technology. While the Alien vs Predator movies are of questionable quality, they do actually thread reasonably well into the canon of the rest of the movies (with the potential exception of Predator from 2018, which I haven't actually seen yet - perhaps I ought to change that tonight).

It can be inferred from the actions of the company during the movies that it is aware of both the Yautja (Predators) and the Xenomorphs by the time of the events of Alien. So it almost certainly knows just how dangerous interfering with beings like them can really be.

The company, of course, doesn't care. 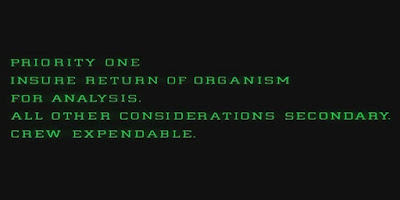 In a world wherein you have multiple classes of people - and the Alien universe is one such universe, just look at how the shares are divided between the crew (half shares for the engineers, full shares for the people wearing uniform) - then one of the dynamics that comes about is risks taken being pushed downwards. It's why, when the stock market crashes, regular people suffer quite a lot. It's why, when a business goes under, the workers all get laid off and their pensions get raided, but the owner got to leave two weeks ago with a nice golden handshake.

If there's a catastrophic failure somewhere, it is always someone else putting in the work and taking the actual risk, so it will always be someone else that takes the fall.

So of course, Weyland-Yutani wants the creature. It wants everything it can get. Corporate culture has bred several layers of corporate individual who will do just about anything to gain a promotion or favour within the ranks, has been doing so since the mid-1980s. There's no end of individuals that will overlook the regulations, morals, laws, anything, in order to get a bigger cut of a pie - or a whole pie of their own. 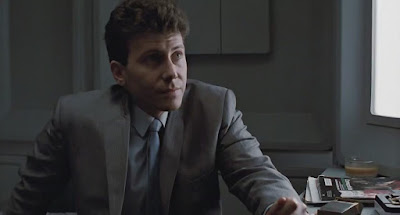 Weyland-Yutani are the real bad guys. Without the immense hubris of Peter Weyland, none of this would have happened. Without a culture that we have cultivated as a society for almost forty years, shored up at every angle by individuals sympathetic to it and people defending it because it might one day profit them.

One of humanity's greatest enemies wears a suit, has an office, and talks about people dying as "collateral" and "PR".

If you'd care to share my blog with your friends, I'd appreciate that! If you'd like to thank me in a fiscal form for entertaining you a little bit, I do have a Patreon right here, but please - no pressure. Thank you for reading, and check my social media to the right to keep in touch.
Posted by John Aridi at 18:00